Should I update or install emacs and related packages?

I have installed it on my Ubuntu 14.04, by downloading the source from the emacs site and compiling it. But I used checkinstall and dpkg instead of make install, so dpkg knows about it.

Now Ubuntu software update asks me if I want to update emacs and other emacs packages, if I am not misunderstood, (also See the following list and the screenshots below). 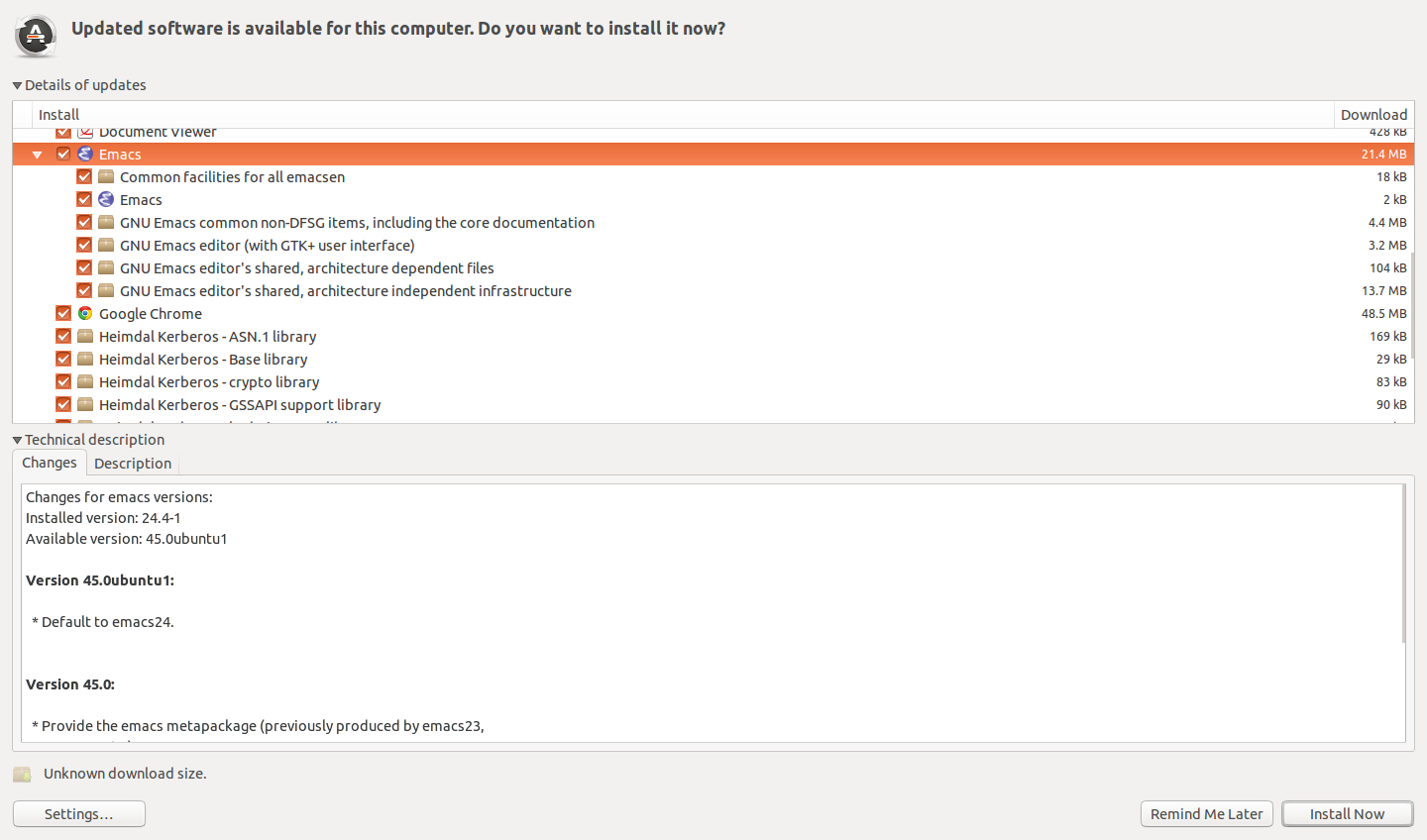 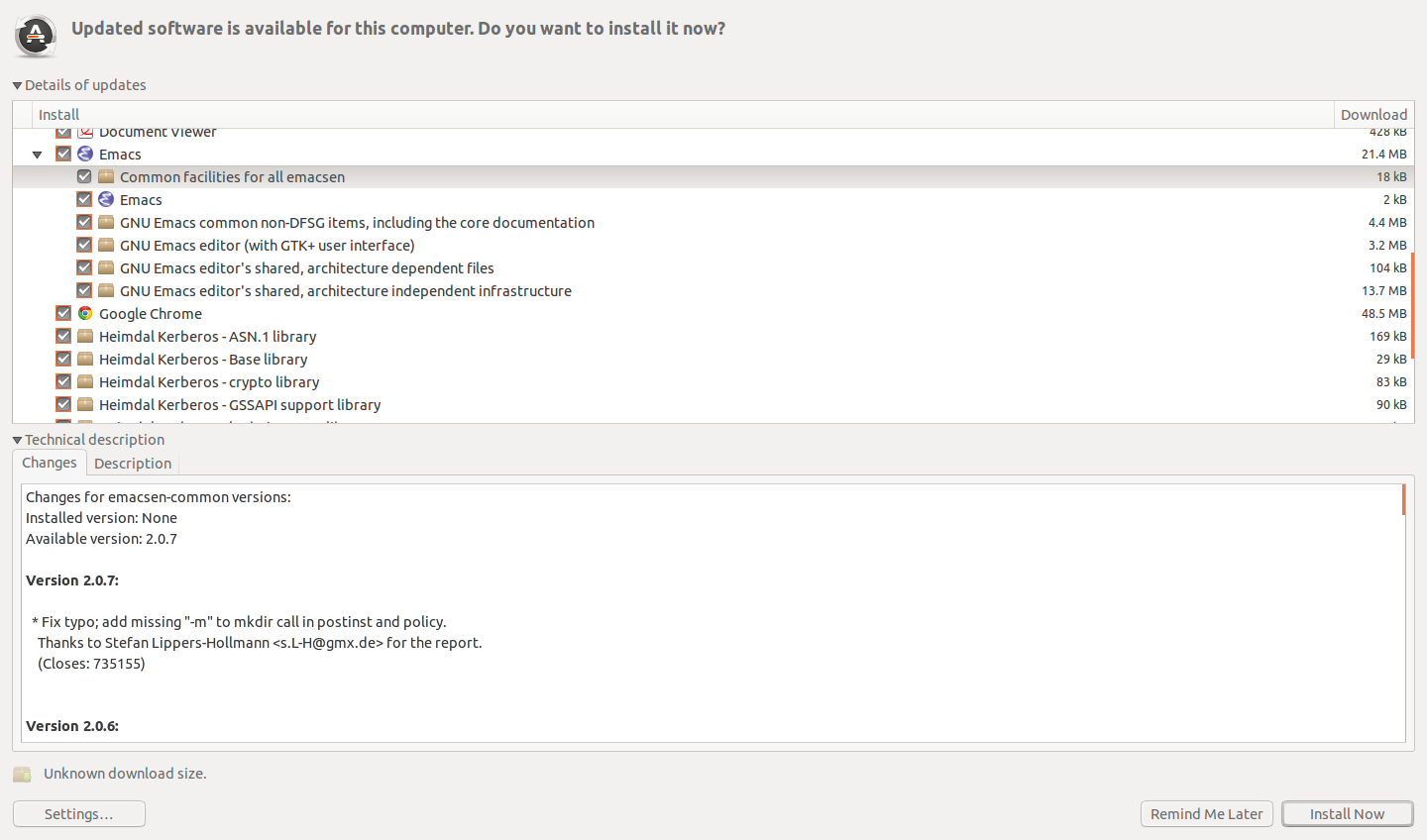 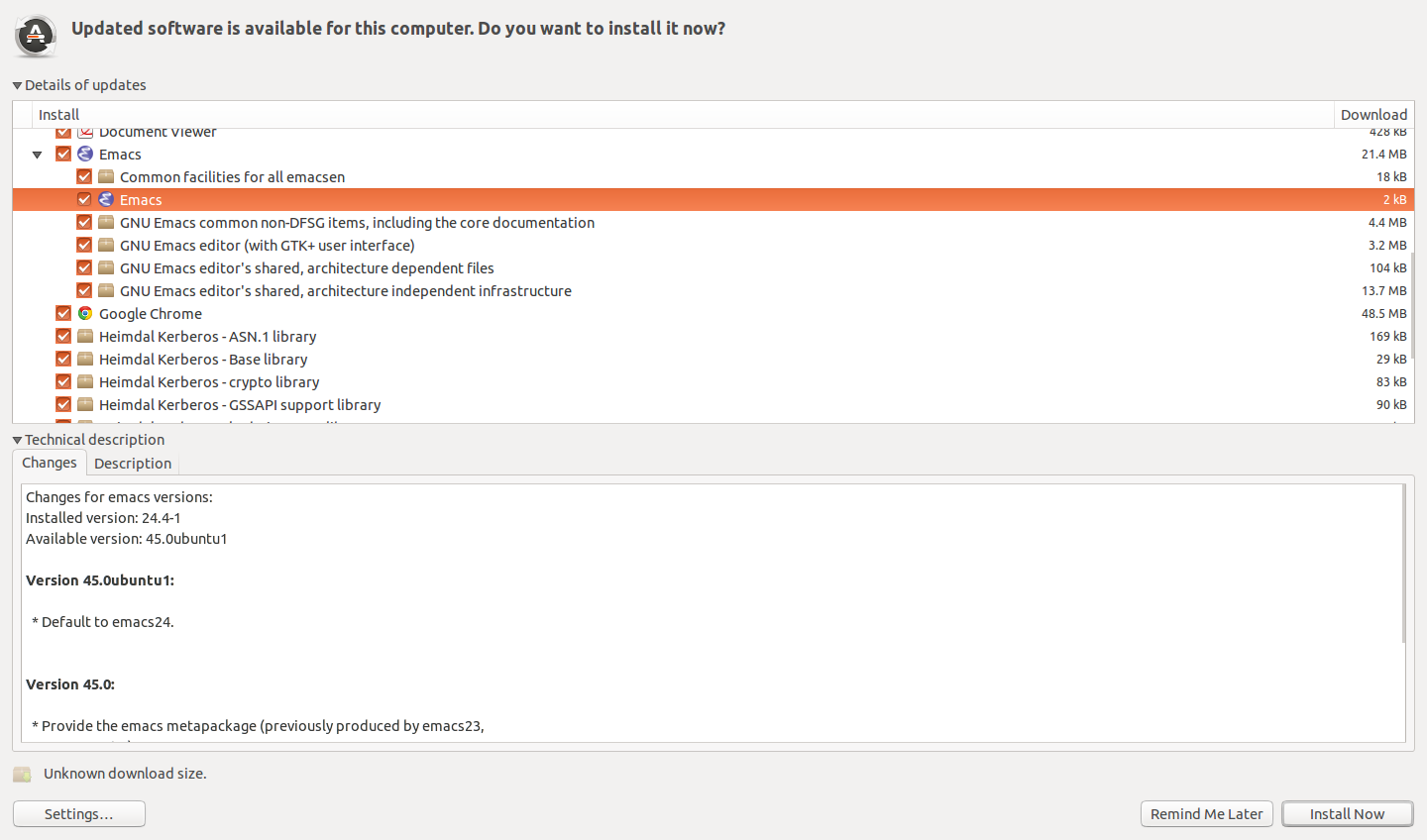 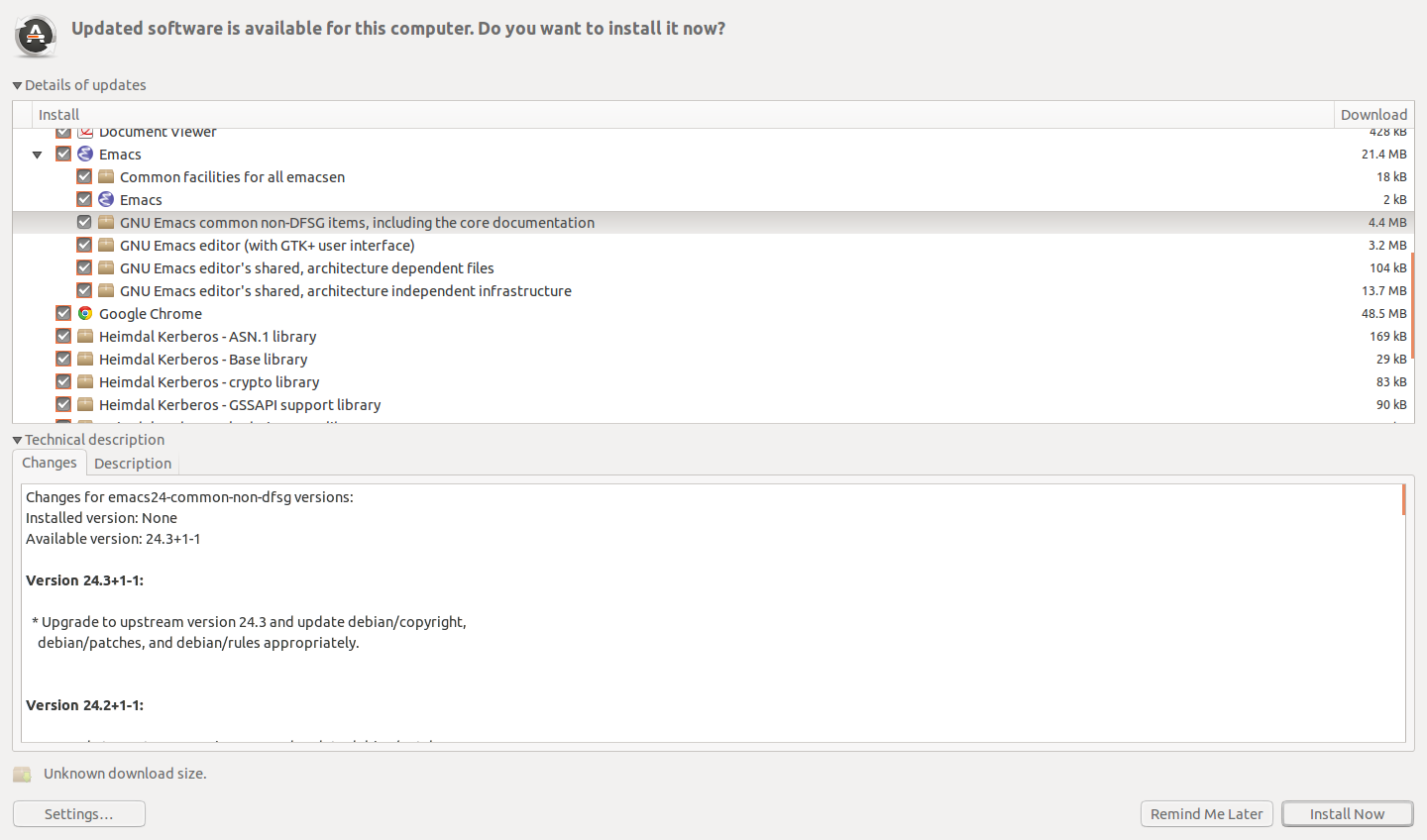 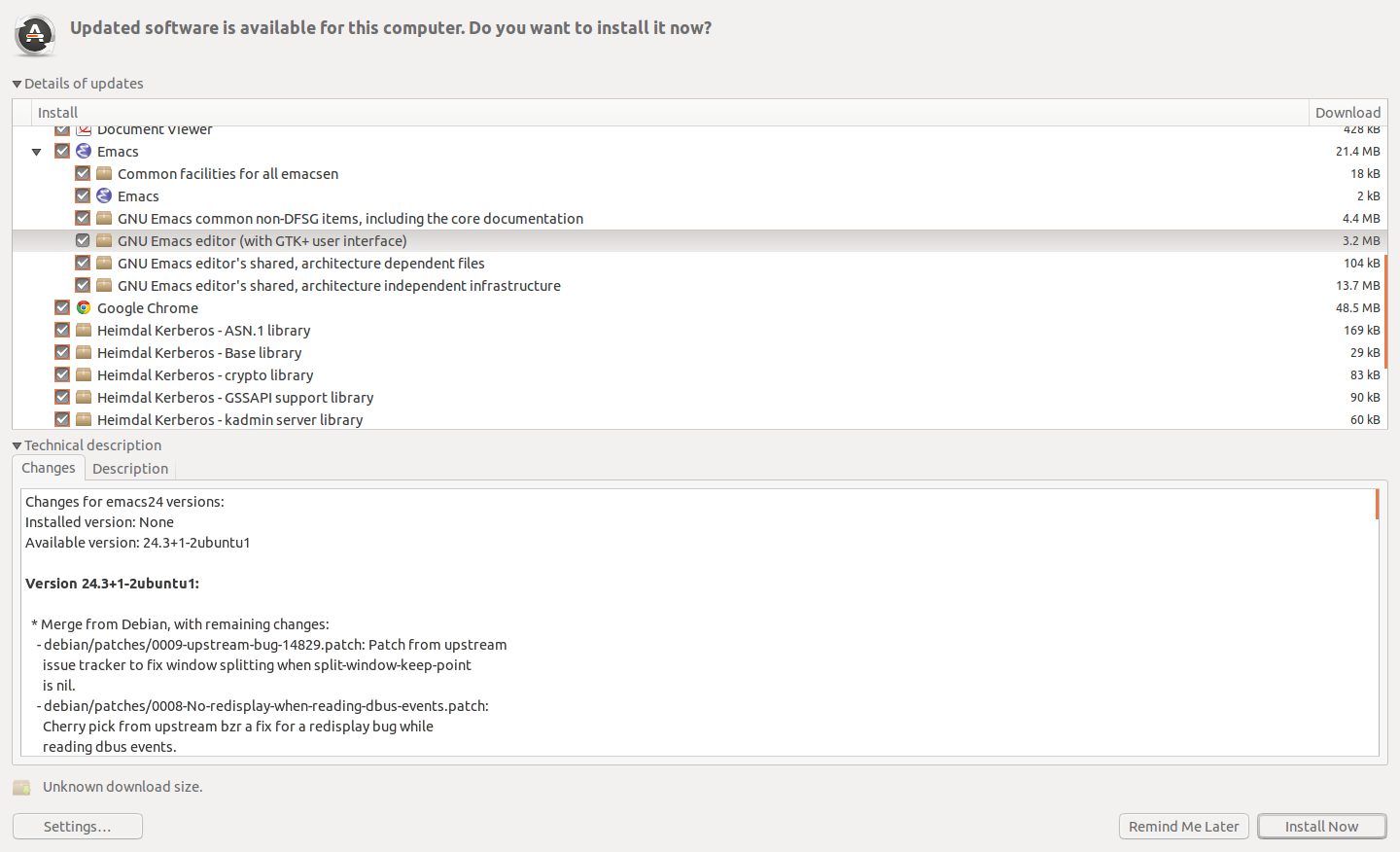 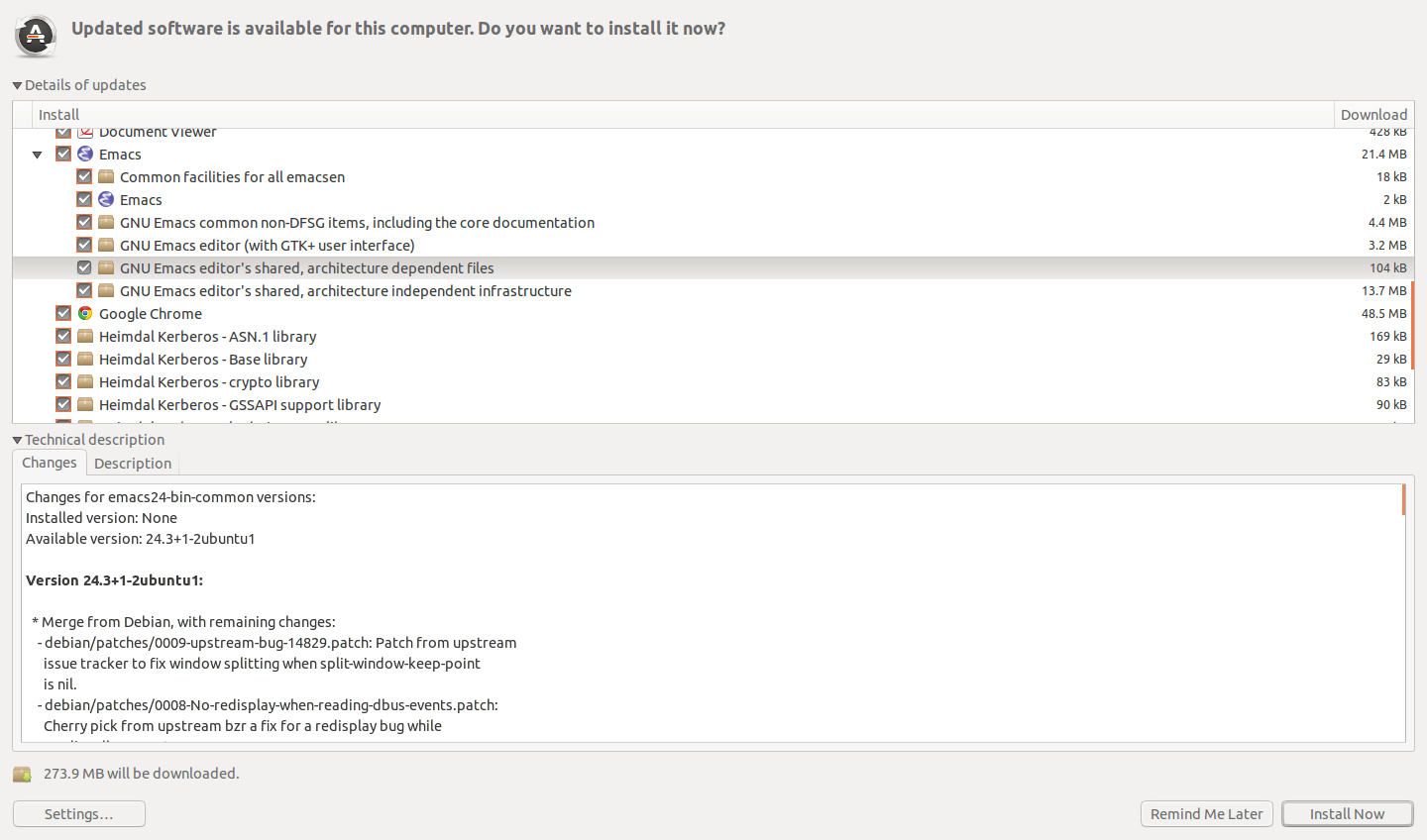 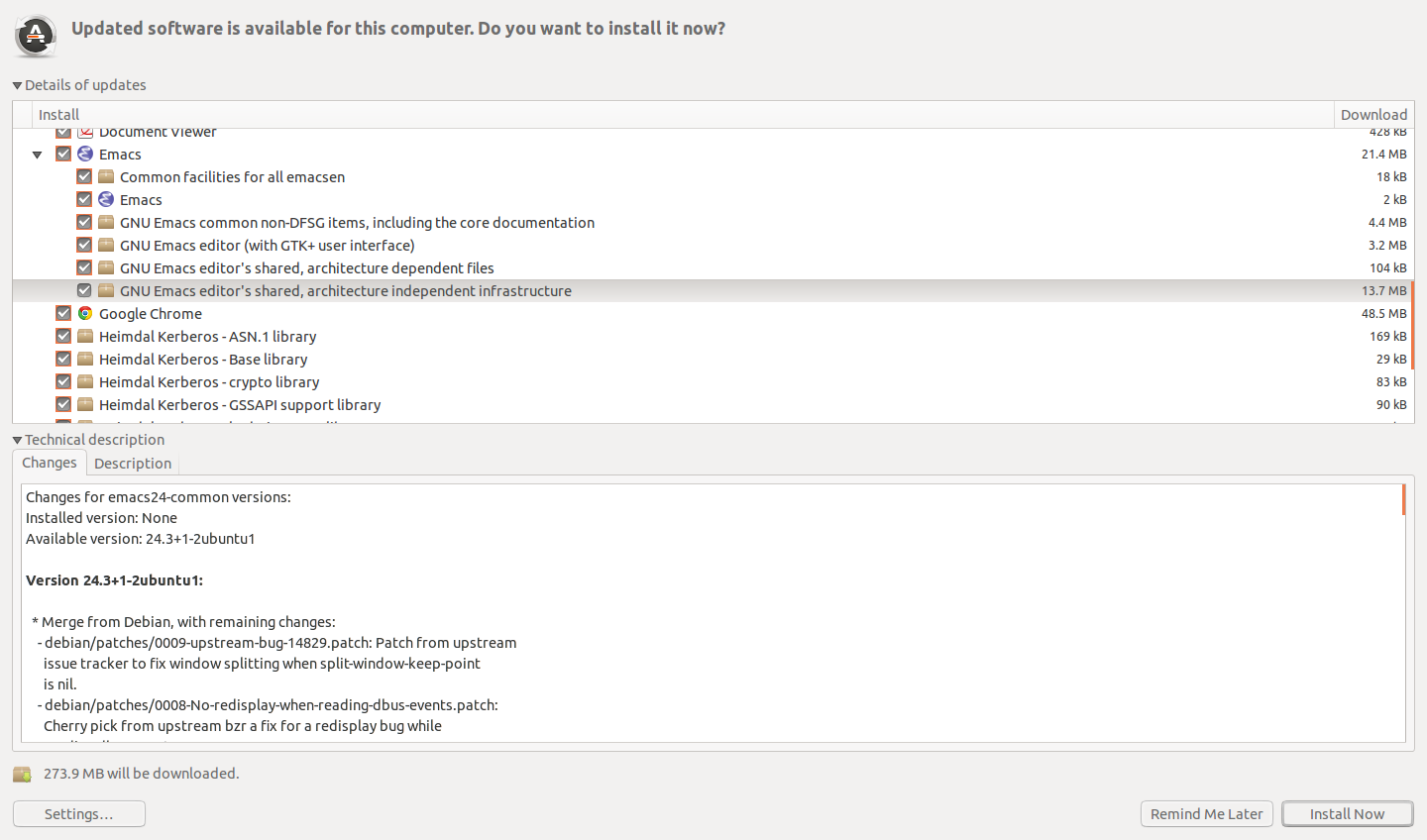 However, if you aren't concerned about getting new features as soon as possible, it may be easier to use the Ubuntu packages. The only thing I would recommend strongly against is trying to use a combination of both. Either use the compiled sources, or the Ubuntu packages, but not both together.

Debian and Ubuntu split up Emacs into several binary packages. When you use checkinstall, you instead put everything in a single package.

So a few potential solutions are:

Not the answer you're looking for? Browse other questions tagged ubuntu install or ask your own question.

4
Is it possible to install emacs 25.1 and emacs 24 on the same machine?
1
emacs minimal install for Ubuntu server use
1
Can you install Emacs temporarily for testing purposes like new versions and packages?
2
How to install and use exwm (the emacs based window manager) in Ubuntu 19.04?
5
Flycheck r-lintr doesn't find anything
1
Unable to install Eclim for Eclipse in emacs