How can I use the console's menu-bar while running under xwindows?

I like the variable font size feature that emacs has under xwindows.

But, I dislike the menus under xwindows. They are generated by GTK or something and they stick out like a sore thumb.

Can I use emacs's rendering engine instead of GTK to draw the menus when I'm running under xwindows? Would that allow me to customize their appearance the same way I'd customize the appearance of the modeline?

If I build emacs with configure --with-x --with-x-toolkit=no, I get an emacs which looks like this:

Unfortunately, these menus are worse and now my emacs no longer supports the xwidgets stuff (not that I've played with it anyway).

You could disable the menu-bar completely with (menu-bar-mode -1) and use tmm-menubar whenever you want to access something in the menus. tmm-menubar is a text-only, key-binding driven menu-bar alternative which I like very much. 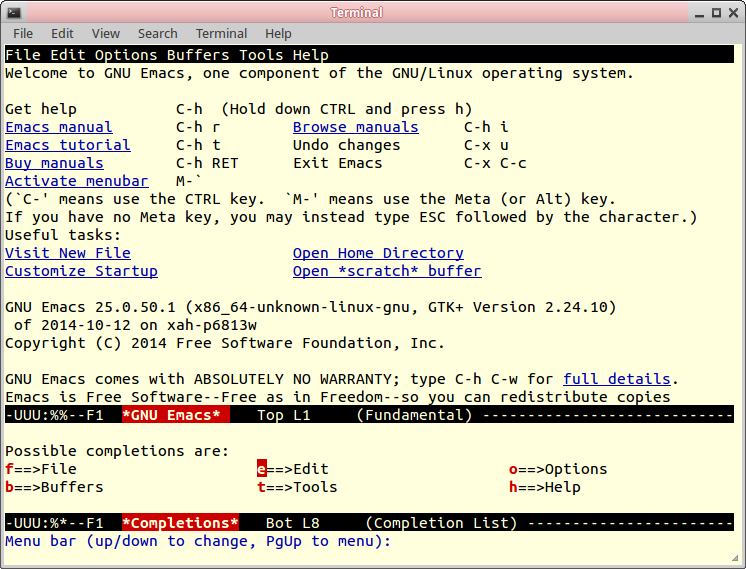 Not the answer you're looking for? Browse other questions tagged menu-bar or ask your own question.