org-anniversary entries not appearing in Agenda

What would prevent org-anniversary entries from appearing in the Agenda? Entries such as:

fail to show in the Agenda. I have toggled org-agenda-include-diary FWIW.

None of the above solved this -- the anniverary does still not appear in the agenda.

Starting Emacs with -Q and then evaluating only setq org-agenda-files ... to set my agenda file also doesn't result in the anniverary appearing in the agenda.

Including %%(org-calendar-holiday) results in those holidays appearing in the agenda.

I'm not sure why diary entries in agenda files don't work as indicated in the info page (by my reading).

I'm using this to regenerate a temporary diary-file before each viewing of the agenda. 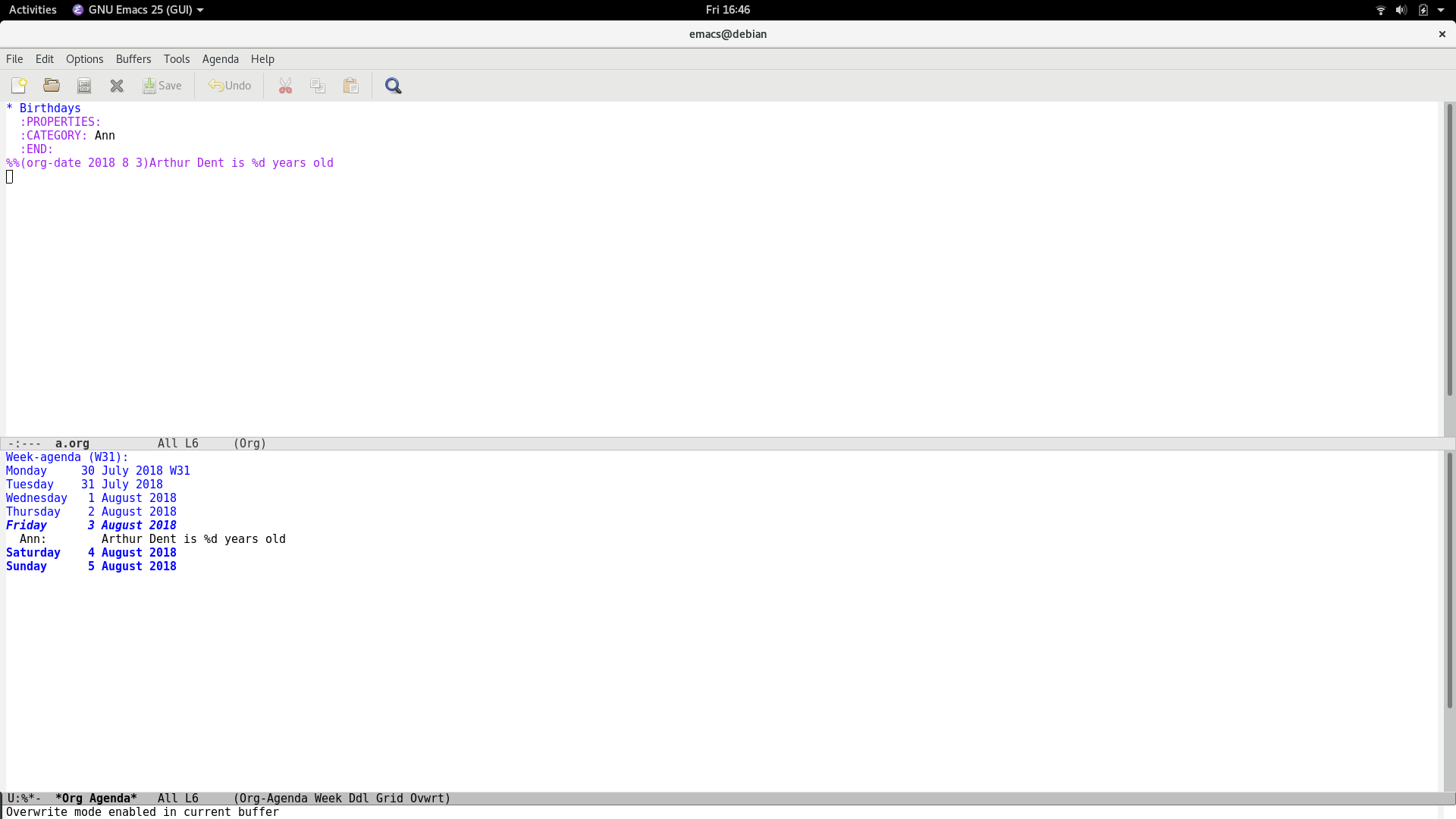