I'm using the homebrew-emacsmacport version of Emacs on OSX 10.10 Yosemite. I've created an OSX shortcut to do something in iTunes, but when I'm in Emacs, this is captured and displays M-s-- is undefined (It's Command-Alt--). I understand that this is the correct behavior, but is it possible to have Emacs ignore this shortcut, so it can get to iTunes? Or is there some subset of keys that Emacs ignores generally? 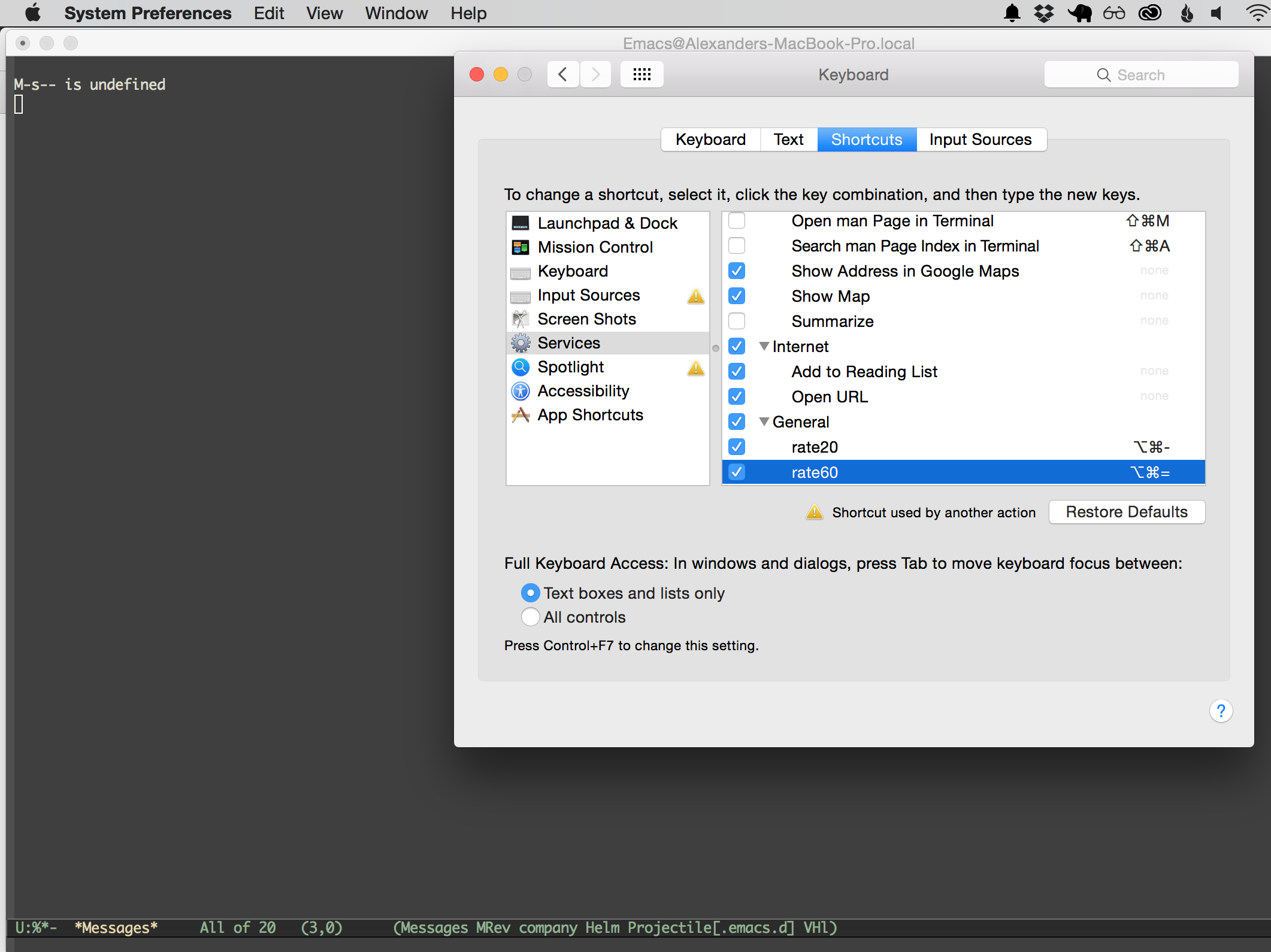 With a few exceptions (e.g., hiding the OSX menu-bar with ns-auto-hide-menu-bar), Emacs does not alter basic system settings generally controlled by OSX (e.g., keyboard shortcuts defined within System Preferences / Keyboard / Keyboard Shortcuts). The original poster has implied that Emacs is receiving the keyboard input of Command+ALT+-, which Emacs responds to by displaying a message M-s-- is undefined. If the keyboard input had been hijacked by an OSX system keyboard shortcut for controlling iTunes, then Emacs would not have registered the input -- i.e., Emacs would have done nothing.

In a situation such as this, the original poster has two general options: (1) keep trying to define an OSX system keyboard shortcut that prevents Emacs from ever receiving the keystrokes [this is not done within Emacs, but rather at the OSX system level]; or, (2) write an applescript or other mechanism to control iTunes from with Emacs. [There are at least a couple of libraries already written for Emacs to control certain iTunes functions on OSX -- available by Googling.] Here is an example for opening Safari with an applescript from within Emacs:

NOTE:  In the above example, we use an EN DASH to define the keyboard shortcut -- not a HYPHEN-MINUS. If an OSX system keyboard shortcut to control iTunes had been in effect, then Emacs would be silent instead of generating the message Hello-world!.

Not the answer you're looking for? Browse other questions tagged key-bindings osx or ask your own question.