Usually I have two windows vertical split layout when using Emacs. I'm curious is it possible to change default font size for one of them?

Typically, I use 14 points font height with 80 columns limit, when windows have same width this gives no line wrapping. But I've found bigger font size is better for eyes and eases viewing perception, however if windows have equal width the lines become too long and wrapping appears. 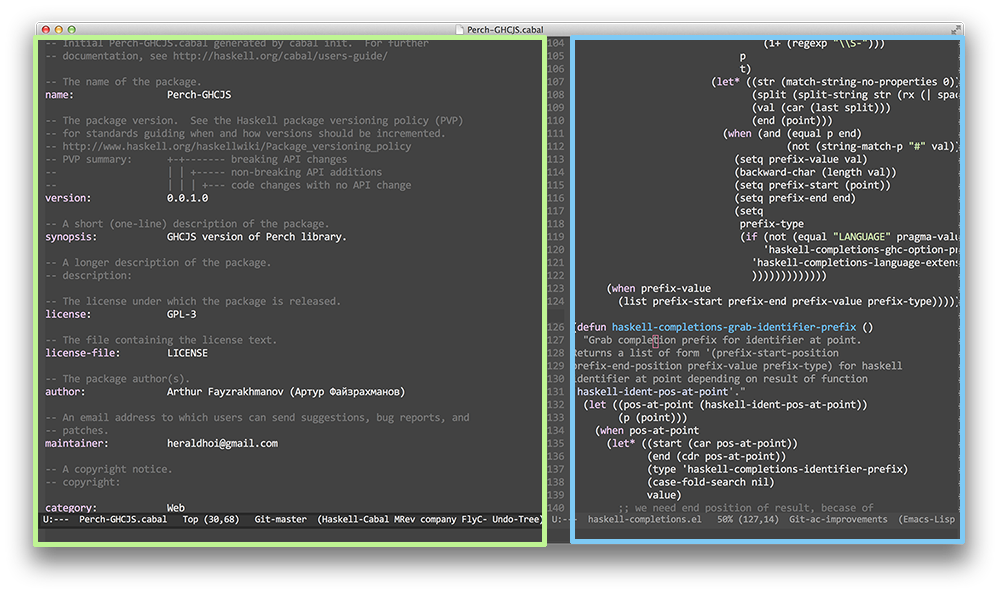 As long as you don't plan on having a buffer open in two windows at the same time this solution could work for you:

After you evaluate that go the the window you want scaled larger and run M-x my-set-window-font-scale and choose a scale. You should see that every buffer you open in that window get's automatically scaled up.

This way every time you switch buffers or switch the current buffer in a window, Emacs will check for a window specific scaling value and scale the buffer accordingly. The scaling is buffer specific so if you have a buffer open in two windows with different scales they will both be scaled according to the last used window. Scaling is buffer-specific so you can hack it in fake window-specific support but it's just a hack.

This is more of a starting point than a solution ready for daily use, but hopefully you can build on it to make something really useful.

Not the answer you're looking for? Browse other questions tagged window fonts customization or ask your own question.

17
How can I set different font sizes for buffers and for the mode-line?
4
Is it possible to change the font size in specific buffers?
4
Shifting Emacs Theme from one Computer to Another
6
Opening emacsclient -n -c opens a small frame with small fonts
1
Why can't Emacs get a font that it can list among the fonts?
0
Elisp to increase font-size in indirect buffer
1
Changing text size doesn't work on all fonts in org-mode
1
How can I keep windows from being shrunk past their fill-columns?