I'm fairly new to emacs. I'm using OS X 10.10. I have been learning to use helm. I was interested in its integration with surfraw. I installed surfraw from teh source tarball following the instructions at surfraw.alioth.debian.org.

However, when I use helm-surfraw, I originally got a file not found error. Following this discussion, I determined this was partly due to lack of a default browser.

I installed lynx as follows:

Then, I did the following:

The good news is that I can now run surfraw from the terminal. However, helm-surfraw still doesn't work. I'm not given any options for a search engine (see screenshot). 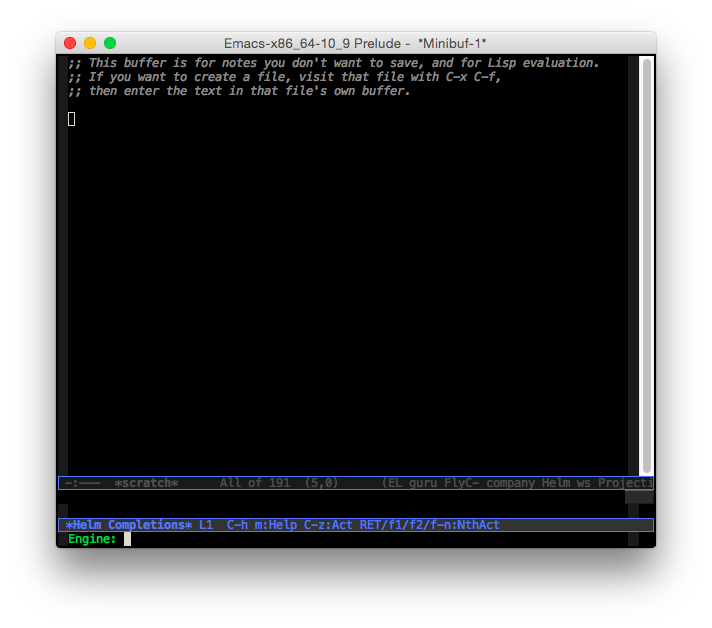 You should try two twings:

Since you asked for alternatives as well, here are some: try helm-google for general searches and sx or sos for stackexchange searches. sx uses native api. There are other specialized searches, such as helm-dash to search documentation for over 150 APIs. Search for engine or search to a list of packages on MELPA.

Not the answer you're looking for? Browse other questions tagged helm web-browser or ask your own question.

4
How to fix problem with fuzzy matching in helm-recentf
9
Quicker way in Find-file with helm?
1
list hosts of ssh config file with helm when using ssh.el
1
Error with helm-swoop
0
How can I make `helm-google-suggest` use DuckDuckGo?