For some reason, variable-pitch fonts have stopped rendering correctly. They previously worked fine, but something seems to have changed (though nothing in my .emacs has changed).

I am using OS X 10.10.3 and Emacs installed thru homebrew. From the startup screen:

Question: how do I fix this to make variable-pitch work again?

Here are a couple pictures to explain: 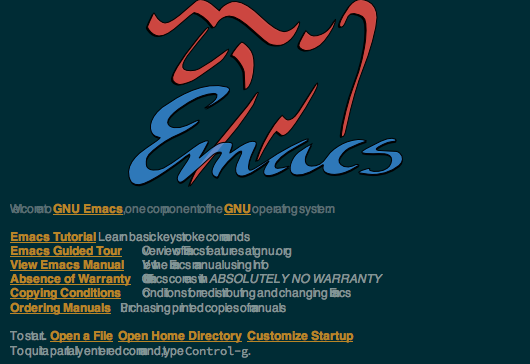 The Emacs startup screen uses both fixed-width and variable-width fonts, and the ones that inherit from variable-pitch are rendered incorrectly. 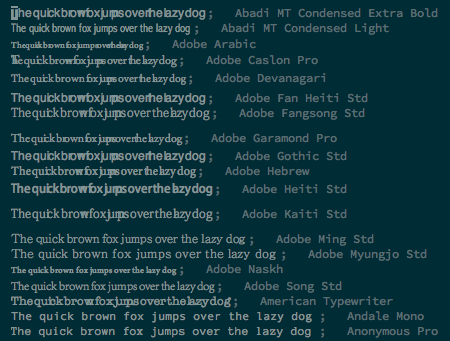 I found a script on EmacsWiki to test several fonts at once. Again, fixed-width fonts render correctly, but variable-width fonts do not.

Browse other questions tagged fonts customize or ask your own question.

5
Fixed-width space character with a variable-width font?
9
How to improve emacs font rendering
1
How to get fixed-pitch code blocks in variable-pitch Spacemacs org-mode?
2
Variable-pitch and fixed-pitch with the same font-size?
2
Unable to set font-family from a variable
4
Forbidding variable font sizes
2
FiraCode font not rendering italics
0
“Cartograph” font has too much spacing