I have been noticing two rather "strange" text elements in Emacs which occur when I copy text. I am certain they signify something/have a special formatting purpose, but I am unable to find anything on the web. The first one is a blue dash and the second one a purple box. Since images are more illuminating here, I have created a screenshot: 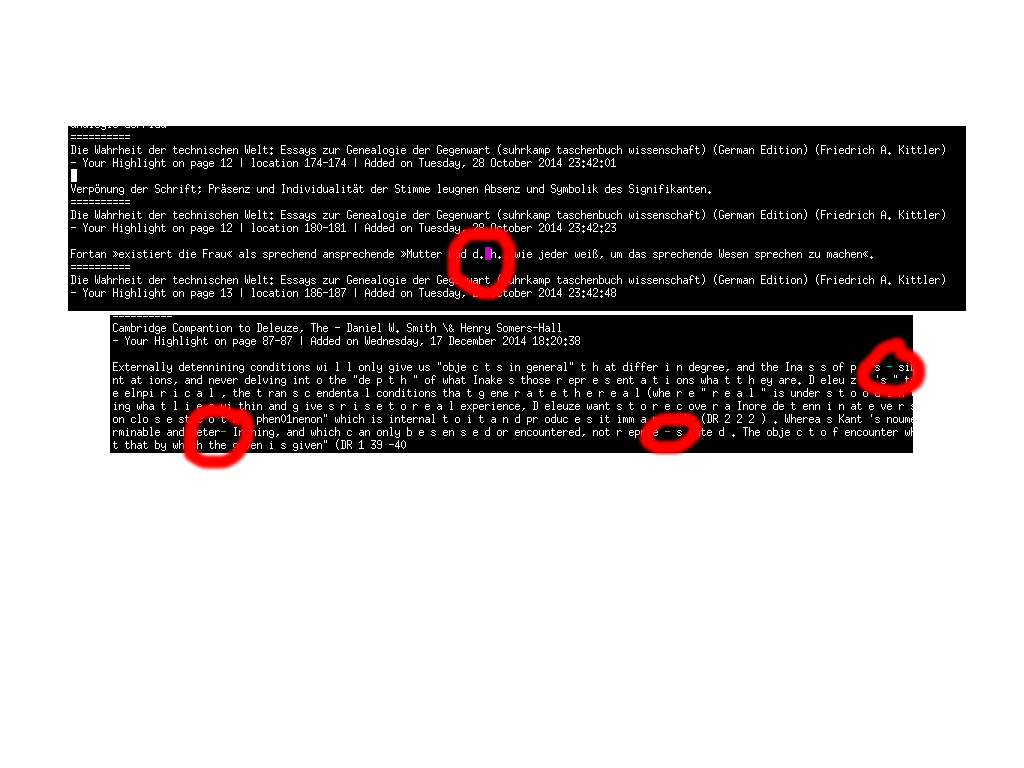 Does anyone know whether it is possible to find all of these elements (they are recurring) by way of search/replace-string to eliminate them effectively? Otherwiese I cannot include them in LaTeX documents.

@kaushalmodi gave a good answer for finding out what those characters (or even what those display artifacts) are.

For example, if the character is, say, a Unicode em-dash character (Unicode code point U+2014), then you might want to replace it with an ordinary hyphen character.

If the character is, say, an em dash, then when you put the cursor in front of it and hit C-u C-x = you will see something like this near the bottom of buffer *Help*:

You can figure out what a character is by placing the point on that character and doing M-x describe-character or C-u C-x = (default binding).

Not the answer you're looking for? Browse other questions tagged terminal-emacs or ask your own question.

1
How can I customize the colors used for reStructuredText?