I'm not sure how to describe this. In vimdiff I remember that if one of the buffers had added a line, the other buffer showed lines at that same vertical location to show where they were added. I found a picture that shows what I mean: 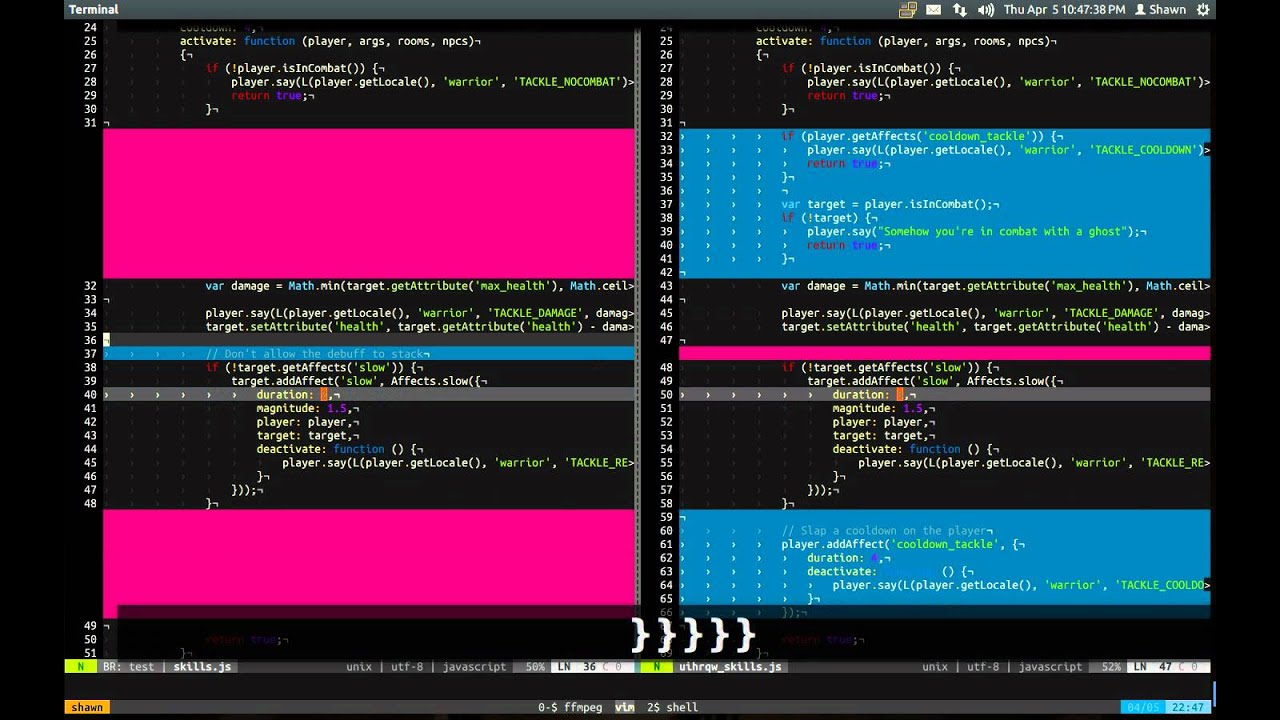 On the other hand, in ediff the space is not taken up on the left buffer, instead there's a single character highlighted in that buffer as shown below.

Above picture is cropped from this.

Perhaps I'll get used to this way of showing things, but in any case I'm curious if it's possible to configure ediff to show things like vimdiff does.

Browse other questions tagged ediff or ask your own question.