Finding the source file containing the definition of functions and variables

You can use C-h o (describe-symbol) on Emacs 25, here is the related NEWS info:

(It was originally called describe-function-or-variable according to this commit.)

Variable and function with the same name can be showed at the same time, for example, emacs-version 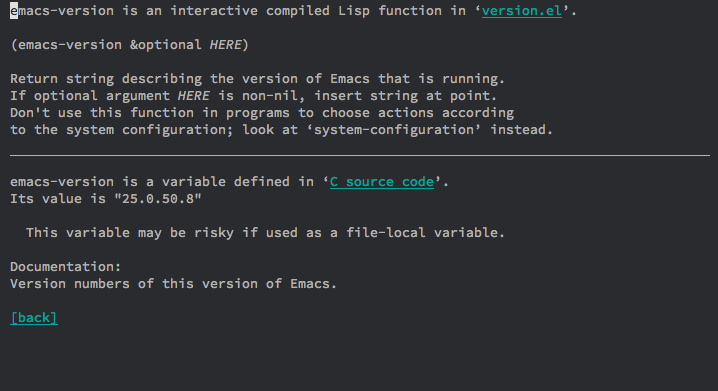 Not the answer you're looking for? Browse other questions tagged documentation source or ask your own question.