Hide modeline in all bottom windows while helm is active?

I'm trying to hide the modeline whenever helm pops up. I have configure helm to always show up at the bottom. It should look like this (two windows above the helm completion window): 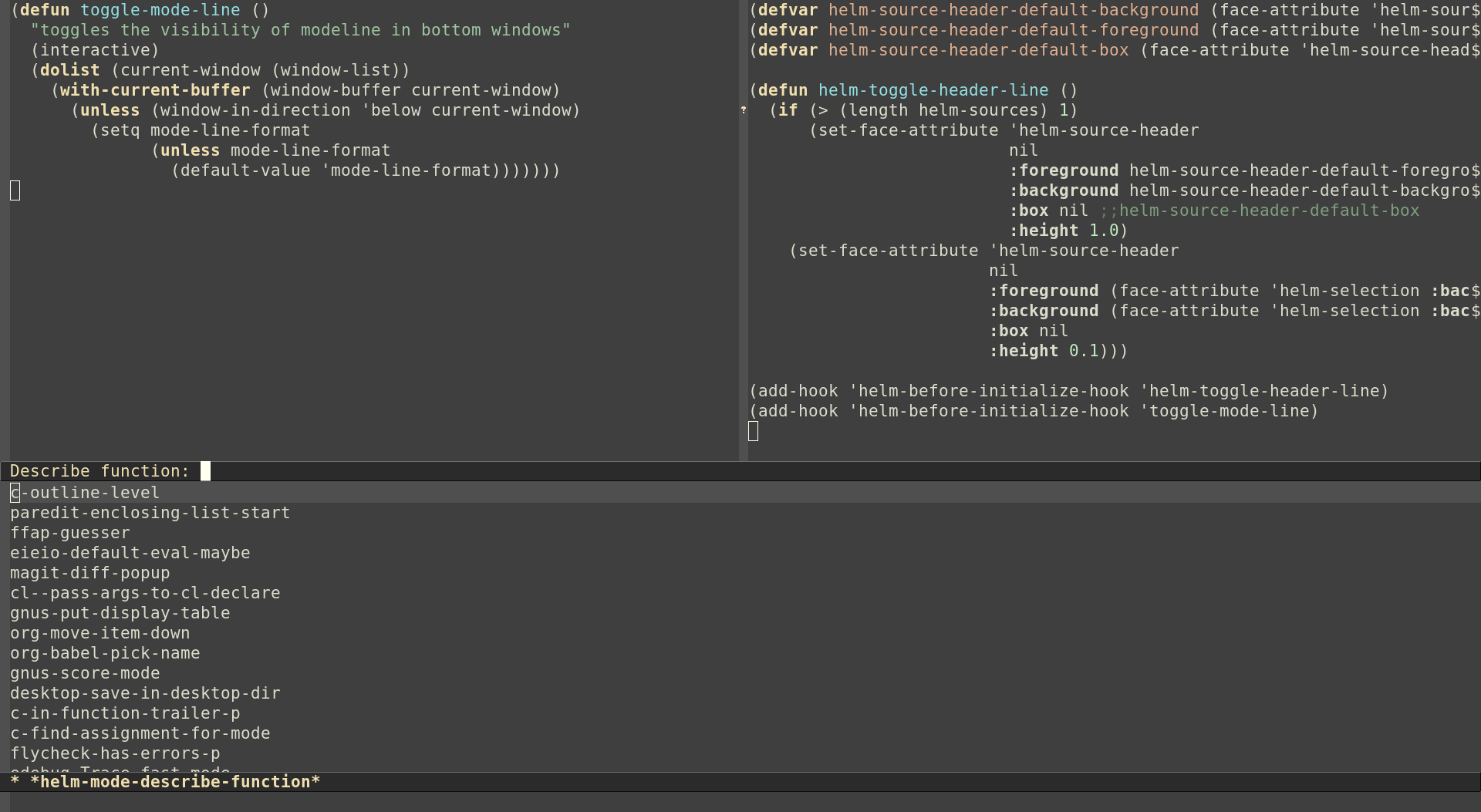 Opposed of the regular way, where modelines from *scratch* and test.el buffer are shown like this: 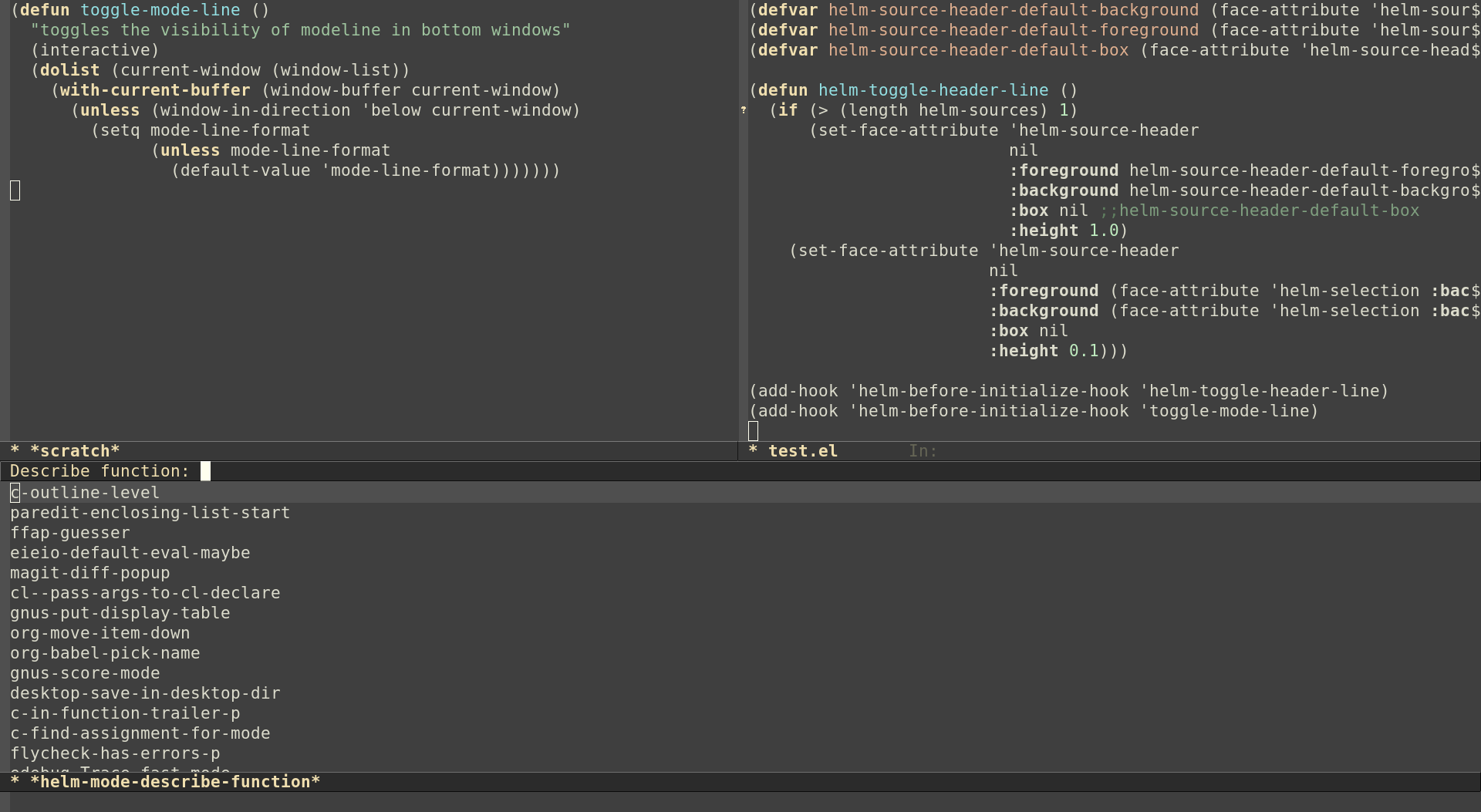 I want to hide the modeline only in the bottom windows so if there are other windows above, their modeline should still be visible like this (three windows above the helm completion window): 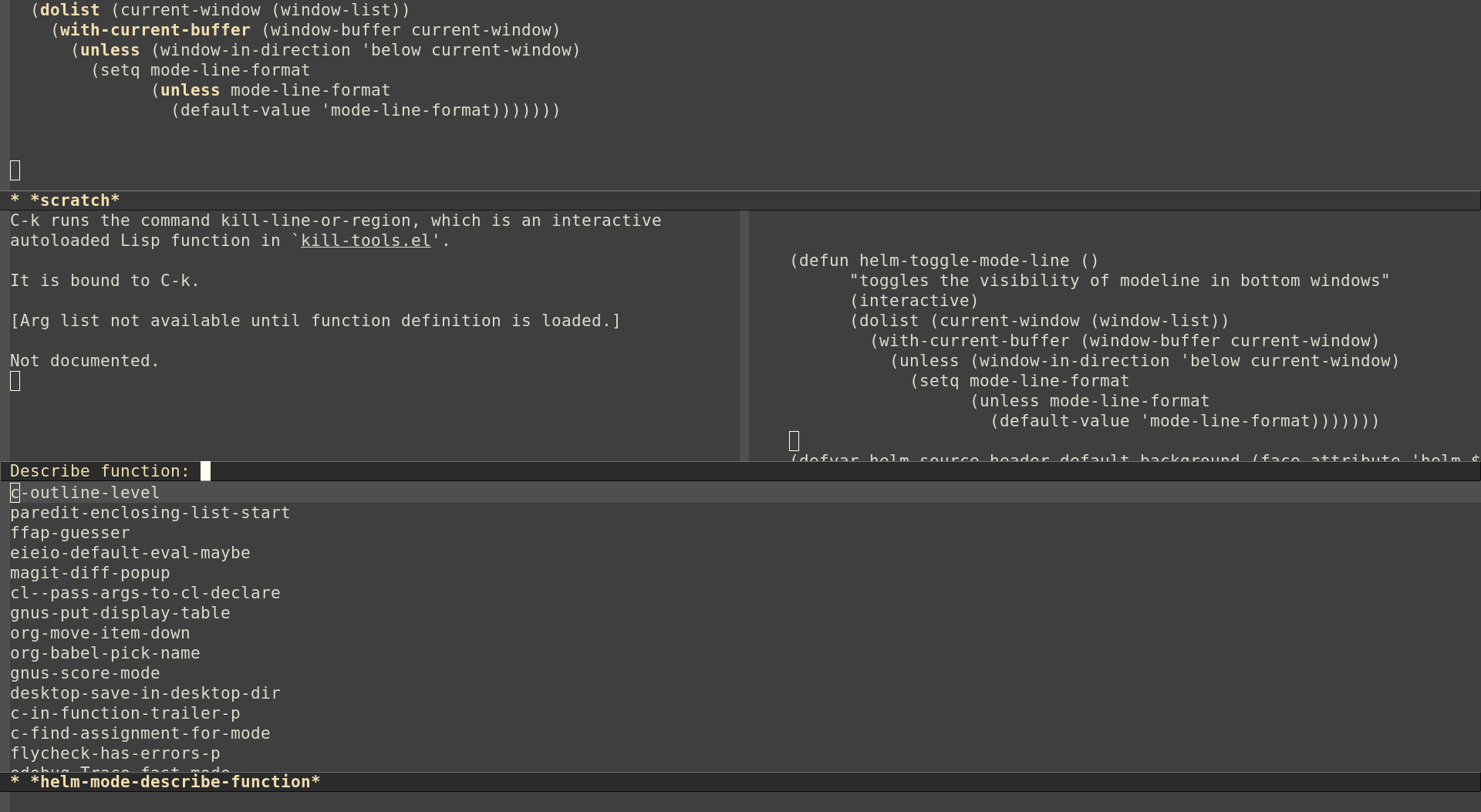 I have written the following code to achieve this:

But I couldn't find a way to make it visible again when the completion buffer is gone. This does not work:

And this does not work, too:

What's the proper way to achieve this?

The following works if I select a command in the helm completion buffer:

But I still don't know how to make it visible again when I quit with C-g or calling helm-keyboard-quit. I tried this but it dosen't work:

The display has to be updated after the mode-line modification with (redraw-display):

As @xuchunyang has noted my-helm-keyboard-quit does not work because everything is stopped before toggle-mode-line is executed. To make it work after quitting helm I used the following:

If you really want to hide helm's informative mode line, try this:

4
Make helm window the only window
4
How to show the sticky(lock) window status in the mode line?
6
Hide mode-line for minimap buffers
21
Display list of words along bottom of frame?
10
Single mode line for all windows
9
Make the mode-line display percentage and not "Top/Bottom/All"
1
Hiding mode-line in speedbar buffer
6
Display all/current CSV heading names