In emacs on Windows 8.1 I can't open a file if its full name contains Russian letters [and generally any non-ascii char]. For example, if I try to open D:\ББББ\test.txt I get:

I find a config which seems relevant:

and also tried to set it to utf-8 -- but it doesn't help. I use same config as on linux where I never had problems like this.

I'm using vanilla emacs 24.3 for windows and the issue is reproduced with emacs -Q.

and it doesn't have Russian chars.

Found an old thread -- seems like the problem is still there.

Currently one can't open file with unicode in its full name using emacsclient. I'm using the following workaround in order to open files with unicode in their names in an opened emacs: one can use a custom multi-commander command: 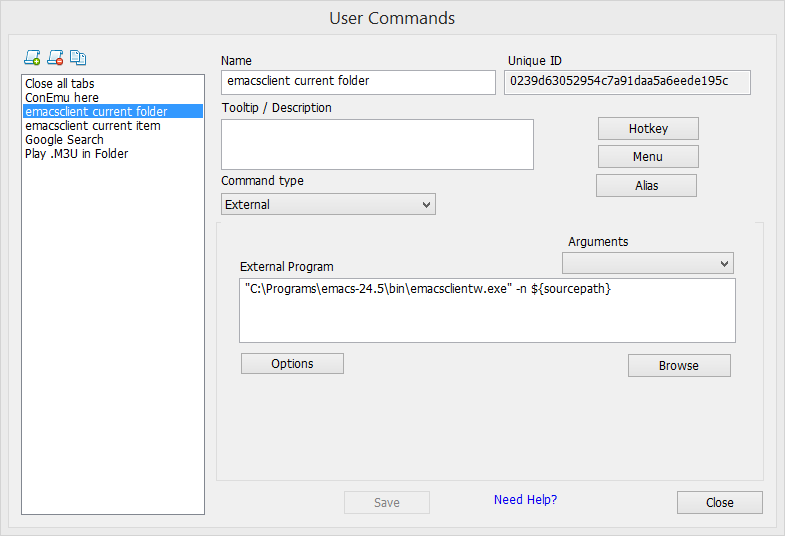 There is a new feature in Emacs from version 24.4 for using Unicode strings to access filenames in Windows. This allows using filenames containing characters that are not in the locale's 8-bit character set, which was previously impossible.

Emacs on Windows 2000 and later can now access files and directories whose names cannot be encoded in the current system codepage. The new variable w32-unicode-filenames controls this feature: if it is t, Emacs uses Unicode APIs to pass file names to system calls, which lifts the limitation of file names to the current locale.

This is not supported, however, by emacsclient, which simply uses the non-unicode argv to read the list of filenames.

Not the answer you're looking for? Browse other questions tagged microsoft-windows character-encoding or ask your own question.

9
How to get human language-specific numerals?
1
Wrong encoding in eshell when closing Emacs
0
File names encoding when running shell-command on Windows XP
0
File-missing "No such file or directory" "c:/emacs-26.1-x86_64/bin/%HOMEDRIVE%%HOMEPATH%/"
1
Problem with character encoding in Emacs 25
4
Opening file with emacsclientw, file name contains non-latin characters
1
Org (and org-capture) uses English for calendar dates, no matter what I do
3
How to open a file which looks like unicode in emacs