Also check other methods mentioned in this answer. 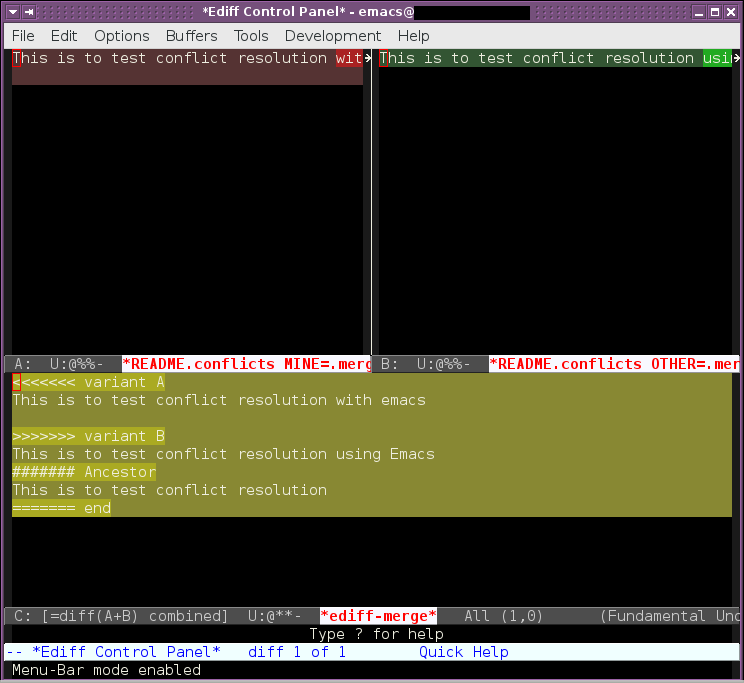 If you happen to use Spacemacs, I'd recommend activating "smerge-transient-state", which brings up a hydra menu with all possible smerge commands.

EDIT: Solution for those without Spacemacs, adapted from John Kitchin's scimax, which I take is based off of the spacemacs solution and Iqbal's accepted answer above.

17
How to start ediff-ing a file that has git conflict markers in it?
5
Displaying bindings for prefix keymaps
1
Enable smerge-mode for already opened file

17
How to start ediff-ing a file that has git conflict markers in it?
1
Automatically quit emacs after git-commit-commit in git-commit mode
14
How can I use emacs with git within the terminal?
3
How do you do "git checkout -- .emacs" using magit?
3
How do I do a `git add` with vc-git?
5
Merge specific files with magit
3
Magit: magit-merge-squash
4
Using auth-source with magit and bitbucket
0
How to abort an ediff merge?
12
How can I make 'git diff' aware of Emacs Lisp functions?