Q:  I am seeking a proposed modification of simple.el at lines 5251 to 5308 of the master branch relating to highlighting a selected region to achieve a better visual representation when the same buffer is displayed in more than one window (same frame or a different frame) -- with different window-start/window-end positions.

GOAL: The same four (4) lines of code should be highlighted in all three screen-shots. 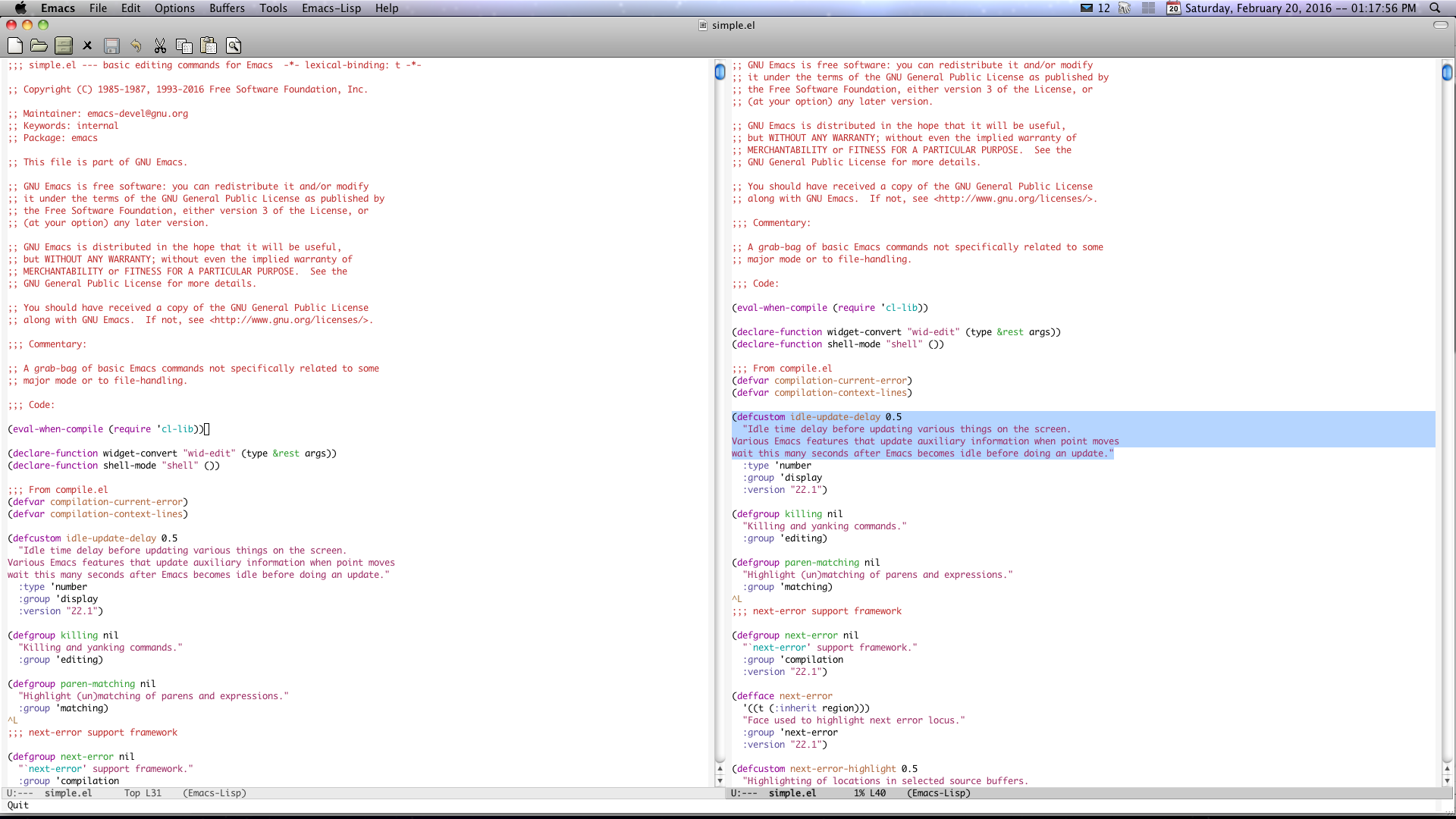 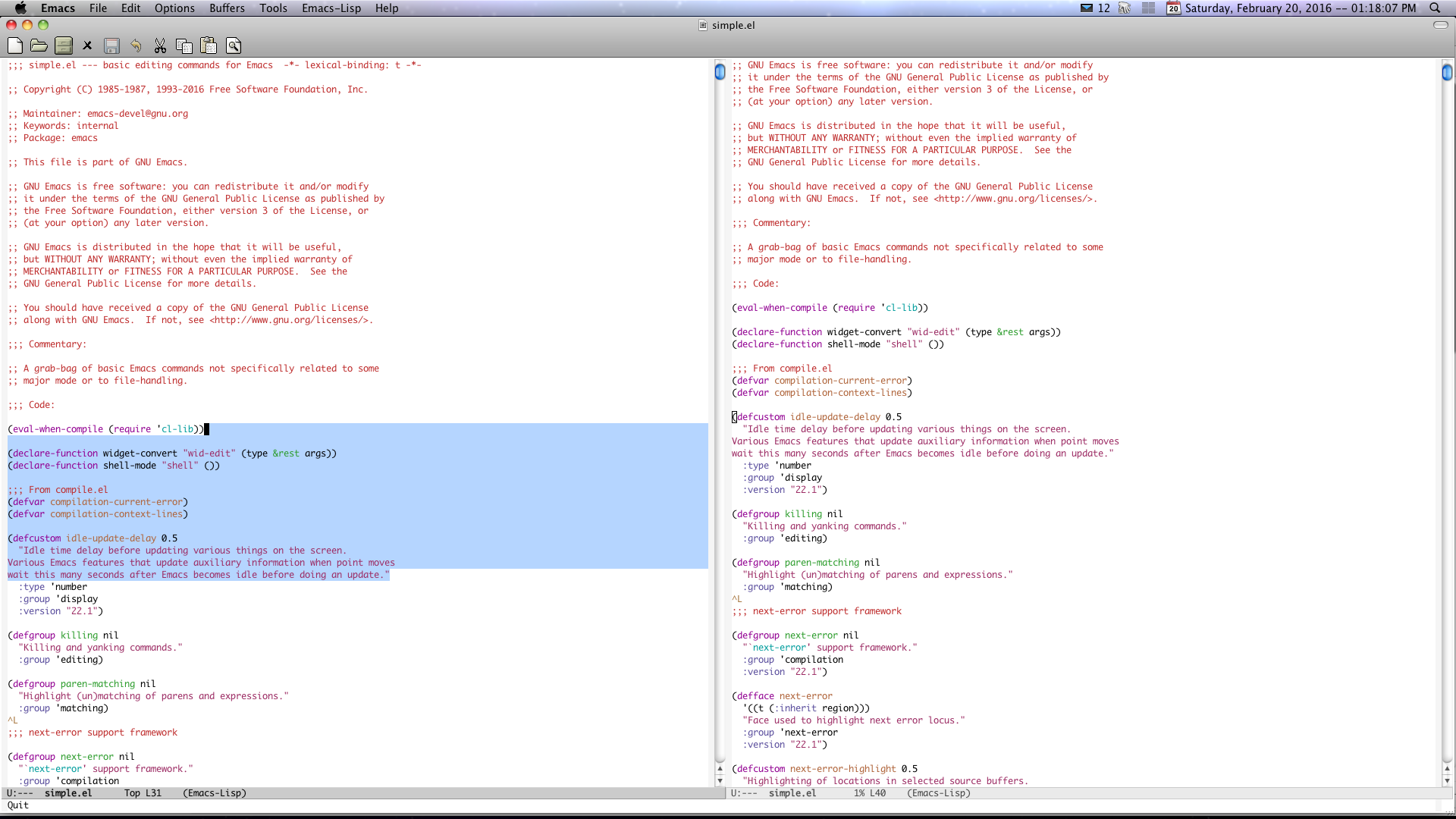 Not sure what the question is. Are you asking for code that gives you the behavior you want? Are you asking that Emacs Dev change simple.el so that it behaves as you want?

What you are asking for, as behavior, is to highlight the same text in each window (if it is shown in a given window). But that would not be highlighting the region for that window. You can do that, but you would need to use a different overlay (or text property) - you should not expect the region highlighting to highlight something other than the region.

So this answer does not give you what you want, but maybe it helps understand why what you really want should not be to try to modify simple.el: the region is buffer/window-specific.

See the Elisp manual, node Window Point. (But I imagine you already know this.)

Not the answer you're looking for? Browse other questions tagged region overlays highlighting or ask your own question.

21
Display list of words along bottom of frame?
12
How to highlight current line only in selected window?
3
kill-region deletes entire buffer content instead of selected text
5
Reversing the order of letters/characters of a selected region
1
How to check if a region is selected by mouse?
1
Interchange Foreground and Background Colors when highlighting selected text