Reference a variable in a 2nd org-babel code block

How can I define vars in one org-babel code block and use them in a second? This closely follows the tutorial section block-to-block variable passing linked in the first answer.

A standard feature of babel blocks is each block is executed in a new interpreter. Often this is good as changes in one block doesn't mess up others. I have two ideas for you...

In this particular case, you could break up the first block in two, so that the first block called the c function and spit out its results in a table that has the name, <named_block>. The other block would use that table output as a :var can call summary on it.

The third block would also set a :var and pass that to mean. That seems to me to be the most idiomatic approach. For details, see the Variables section in my Literate Programming tutorial.

Another approach is to set the :session parameter to some name, then each block that uses that same named session would share the same R interpreter, so setting variables in one block would then be accessible in the next. For details on this, see the Session section in the same tutorial.

This is what happens after you hit C-c C-c both code blocks to execute the R code. 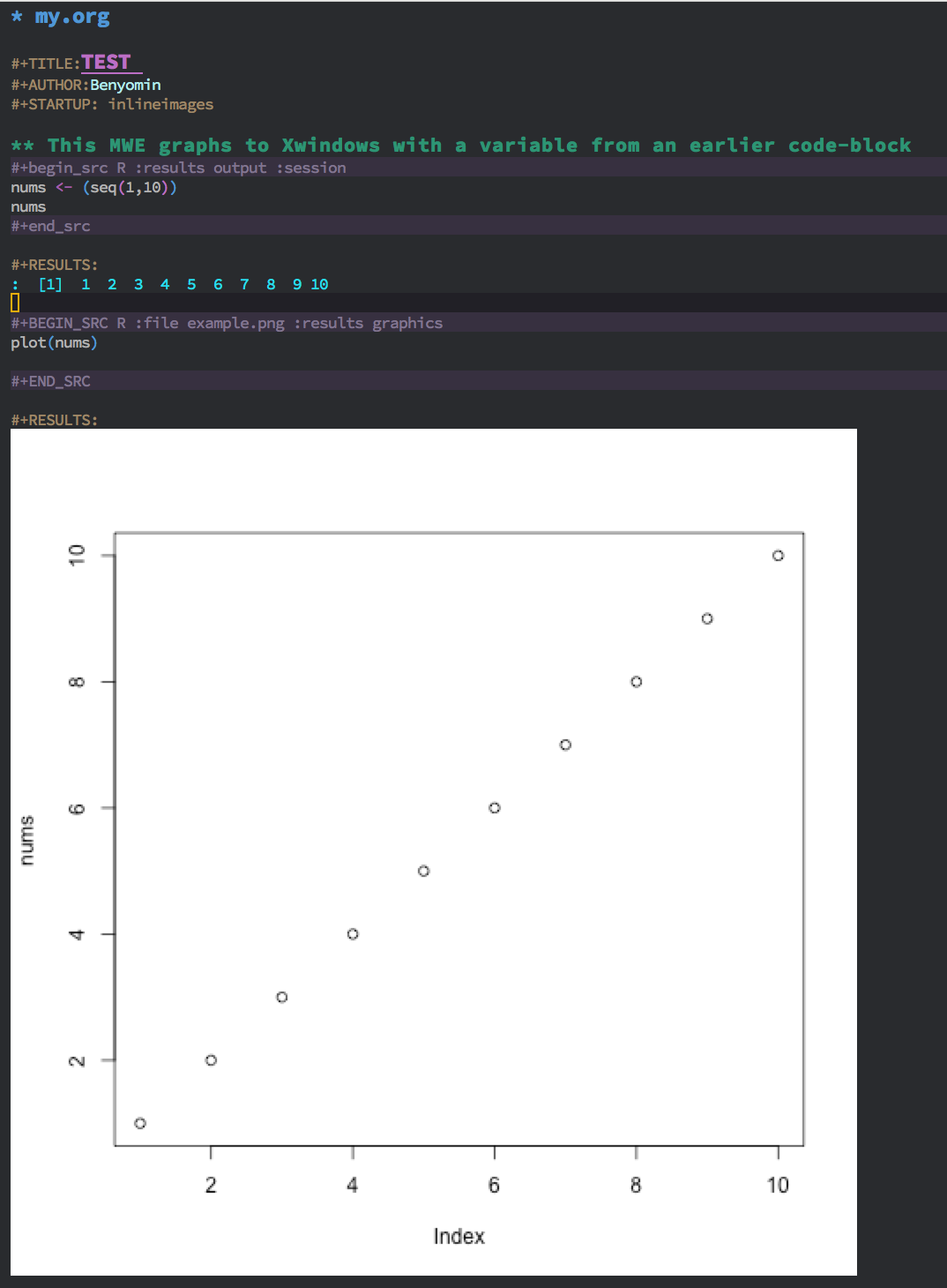 Not the answer you're looking for? Browse other questions tagged org-mode org-babel ess r literate-programming or ask your own question.

34
ESS plot directly to an Emacs buffer?
1
org-babel not concatenating strings before sending to code block variable
4
graphing R in org-babel
2
Use noweb reference in eLisp code in source block in org-mode
1
Pass variable from src block to org-edit-src-code
3
Managing code libraries with org-babel
5
How can I export an org file to PDF in batch mode and have source code blocks executed?
1
How to pass org-babel code block as variable to another code block?