Output of emacsclient not visible in terminal, in contrast to Vim

When I type in terminal emulator: vim foo/bar.el.

Then I close the Vim session with :wq, I see the content of my Vim screen in the terminal.

When I type in terminal emulator: emacsclient -nw foo/bar.el. And save it and close Emacsclient, I do not see the content of my previous Emacsclient session in the terminal. An example what I mean: 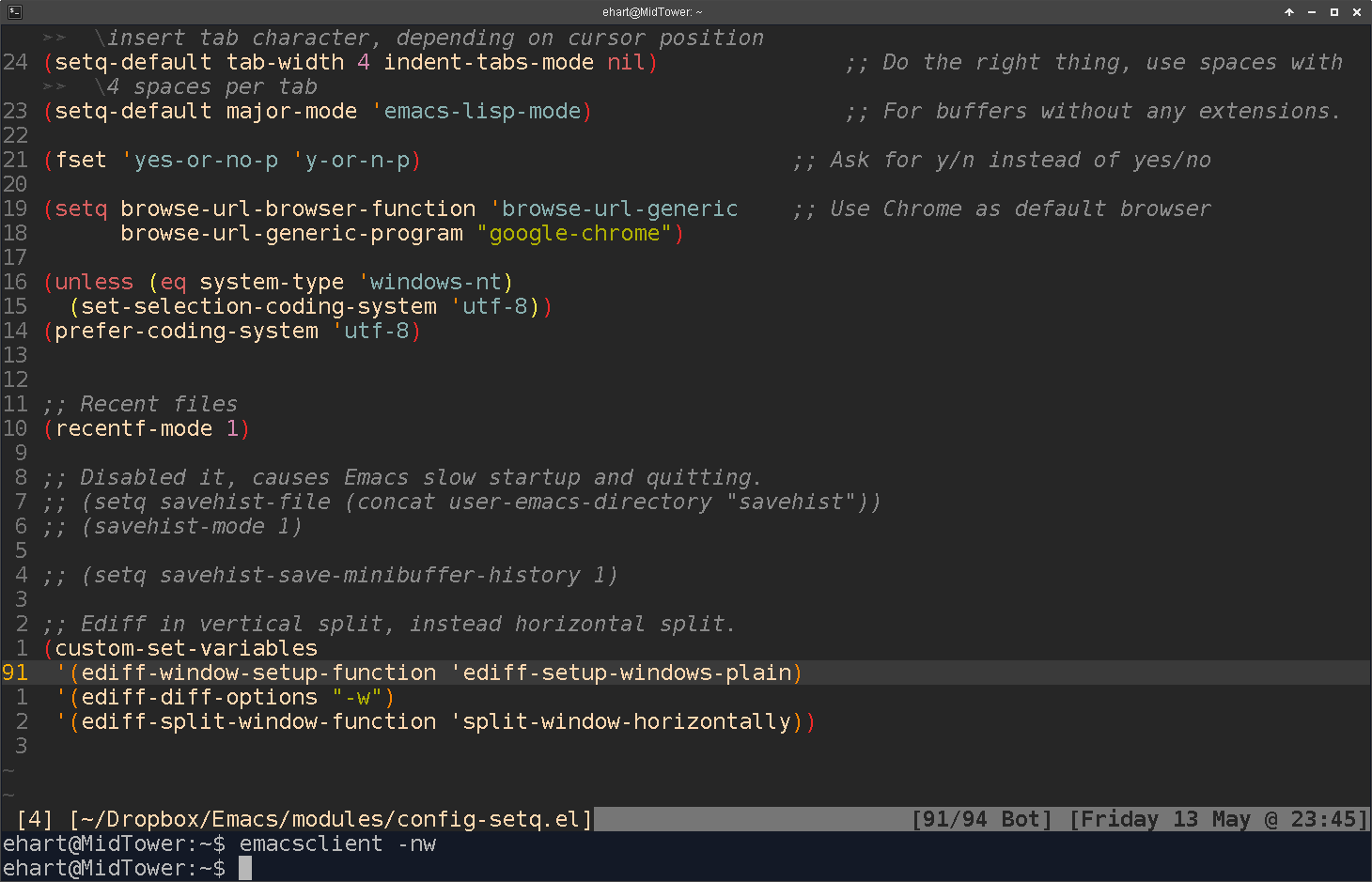 As illustrated in this screenshot above, the output from my Vim session is visible in terminal. With the Emacsclient, it's not the case after closing Emacsclient. Makes me to wonder why? It's basically the same output in Terminal with both editors.

This question (or rather the answer to it), has nothing to do with emacs or vim specifically, but to how they interact with the terminal. Emacs simply instructs the terminal to be cleared (or initialized, at any rate) as it exits.

You can see similar behavior with other, simpler, programs as well. Try comparing the result of less foo/bar.el and less -X foo/bar.el.

0
multi-term terminal messages configurations not working as expected
1
Extra output after every command running zsh in terminal
0
Emacs not taking full space inside terminal
1
send-string-to-terminal but hide output
2
Emacs not inheriting transparency from terminal
1
Unable to change cursor type in terminal
4
How to stop "emacsclient -t -a '' --eval" output to stdout?
1
Custom title format in iTerm2 / Terminal
0
How to open `crontab -e` in emacs terminal editor?