View a whole file name or path in helm buffer 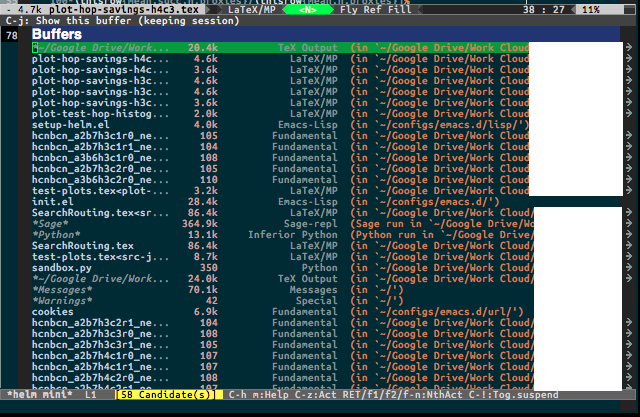 There are several related things that helm will do. One of them is C-] Toggle Details, which gives toggles the view (starting with the above) shown below: 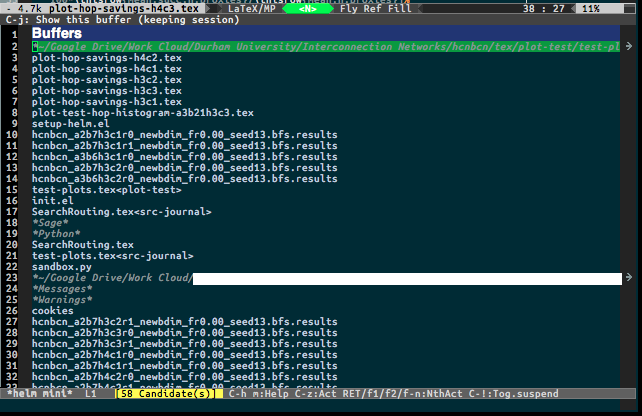 This only shows the full filenames though, and I also want to view the paths.

Another option in GUI emacs is to mouseover a result, but the path is so long that the hover text goes off the screen ('fml', nothing worse than thinking you've been saved by contextual hover menu/text, which then jumps off the screen anyway :D)

Finally, you can both widen columns and toggle truncated lines.

That last one is important, because what I want to do, ideally, is toggle truncation for a selection of lines (or just the current line) with a key command.

(helm-toggle-truncate-line) is bound to C-c >. I found this out by searching for toggle in the helm help page, accessed during a helm session with C-h m.

Not the answer you're looking for? Browse other questions tagged helm or ask your own question.

22
How to widen helm buffer names in `helm-buffers-list`?
8
How to truncate buffer information in helm list

10
How can I use Helm File Finder to copy a file path to a buffer?
5
Open Helm buffer vertically permanently
1
How to show full path in `helm-source-locate` in `helm-mini`?
0
helm-mode-dired folder name completion selection without buffer opening
2
How could i create helm-find-file function that copies selected file path
1
Helm: copy file to bookmarked directory
2
Save current file with a slightly different name in Helm