No *curses applications (like top, htop, Linux kernel's make menuconfig and others) will work under emacs' different terms. However, the only one which seems to work is git add -i

It behaves the same under term, multi-term and ansi-term: output a lot of messy garbage. It does the same when not splitting frames and I reproduced this behavior without any configuration (moved .emacs and .emacs.d somewhere else).

I included a screenshot of when I tried a make menuconfig in Linux kernel's base directory.

Is there a way of fixing this ? Is it just an isolated bug or related to emacs in general ? 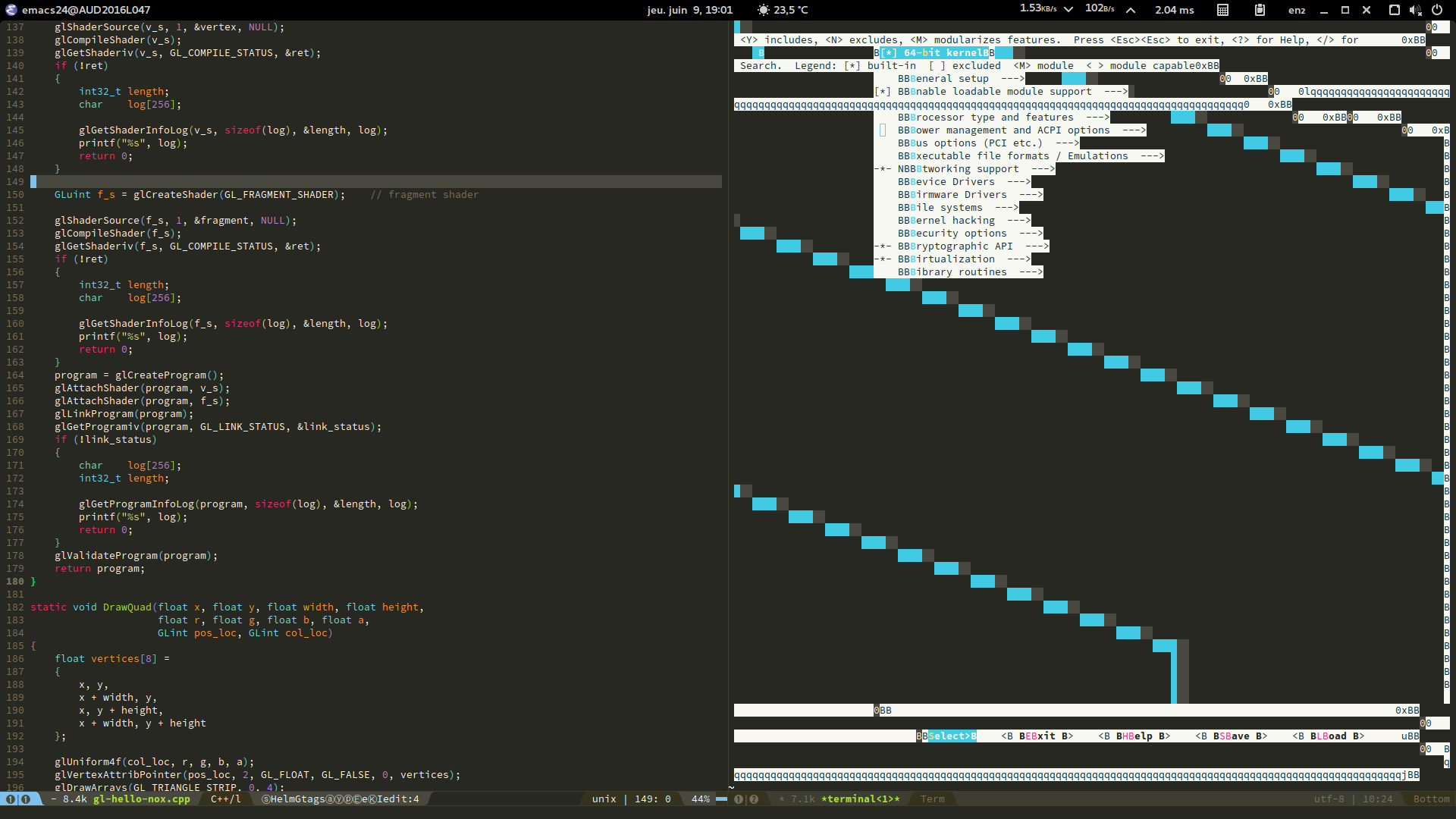 Reddit just had a discussion on terminals. Try this?

Not the answer you're looking for? Browse other questions tagged ansi-term term ubuntu multi-term or ask your own question.

0
Set specific TERM variable for only emacs terminals
0
backspace and backarrow don't work properly in node.js repl in emacs term
1
Can emacs be configured to support more terminals?
2
How to install and use exwm (the emacs based window manager) in Ubuntu 19.04?