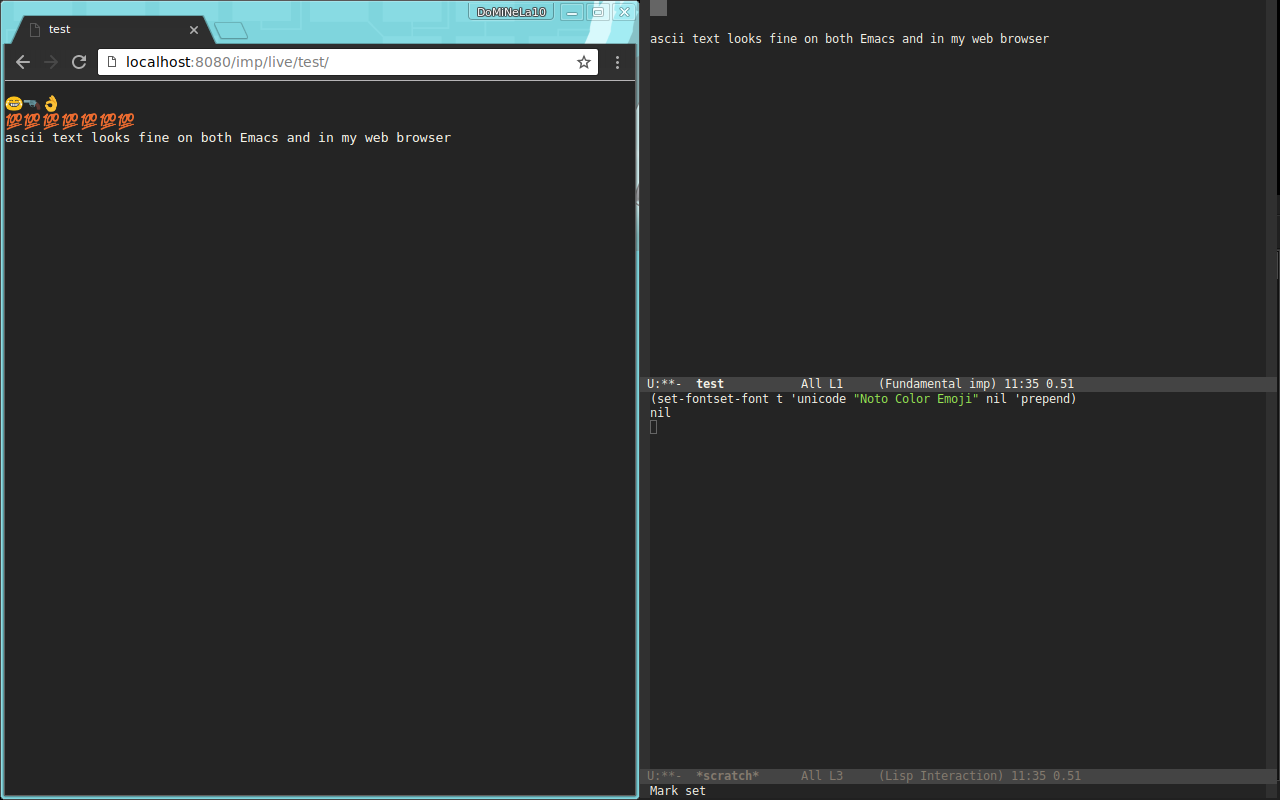 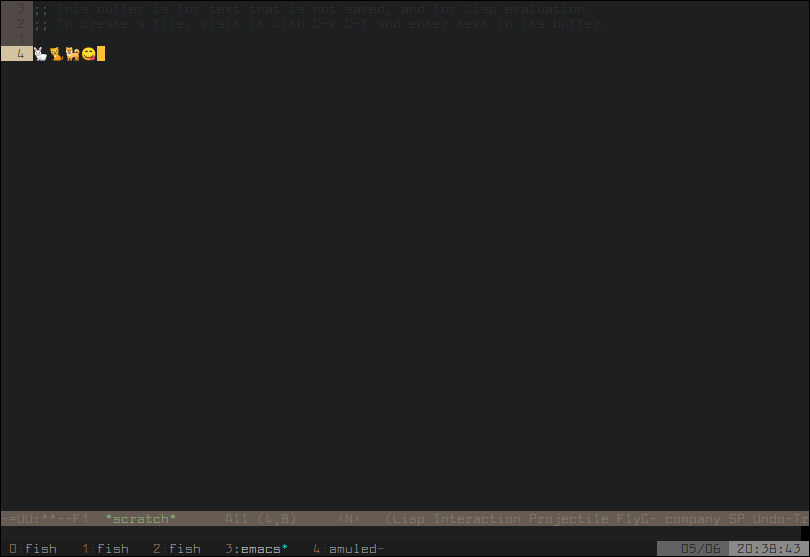 I tried to use emojis in the terminal on emacs 26 but it was glitched when I scrolled up and down. That was fixed when I upgrade as well

9
Japanese / CJK font settings for proper horizontal alignment
2
Surprising glyphs for some characters
7
Selecting correct font weight variant (Linux)
1
Displaying some characters with all-icon instead of my current font
2
Characters in unicode-smp charset have no glyphs in Emacs 27.1, debian buster, using MesloLGS NF font
1
How can I apply a user-defined fontset to a face?