How to force evaluation of a statement in my `init` file?

TL;DR: How can I force evaluation of a setq statement at start-up so that imenu updates appropriately? (You can skip down to the second code-block below, if you want.)

I love the concept of imenu (esp. when integrated with helm) and I think it has great potential to improve my workflow...assuming I learn how to correctly set definitions for imenu categories.

As a simplified example, let's say that I'd like to add a few definitions to my init file's imenu which would be useful when making updates - namely, the list of imported packages.

Let's consider the following three lines as the code we want to parse (purely illustrative; my init file doesn't actually have an explicit line for importing dired and electric):

In order to extract the constants and package names in imenu, I've included the code below in my init.el file. This code works BUT only after I manually eval the second line, (i.e., the second setq statement below).

How can I force evaluation of the second statement? In other words, what can I do to to ensure that imenu will automatically consider items based on my definition?

Exhibit 1: imenu after start-up but before I manually eval the second setq statement: 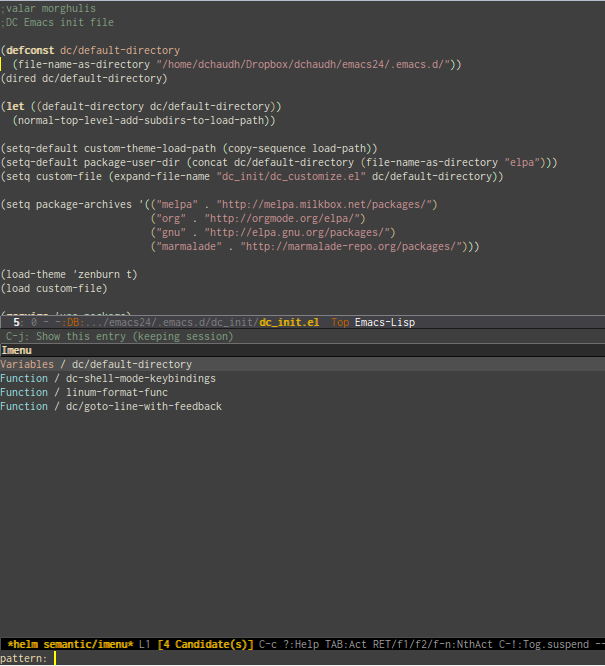 Exhibit 2: imenu after I manually eval the statement: 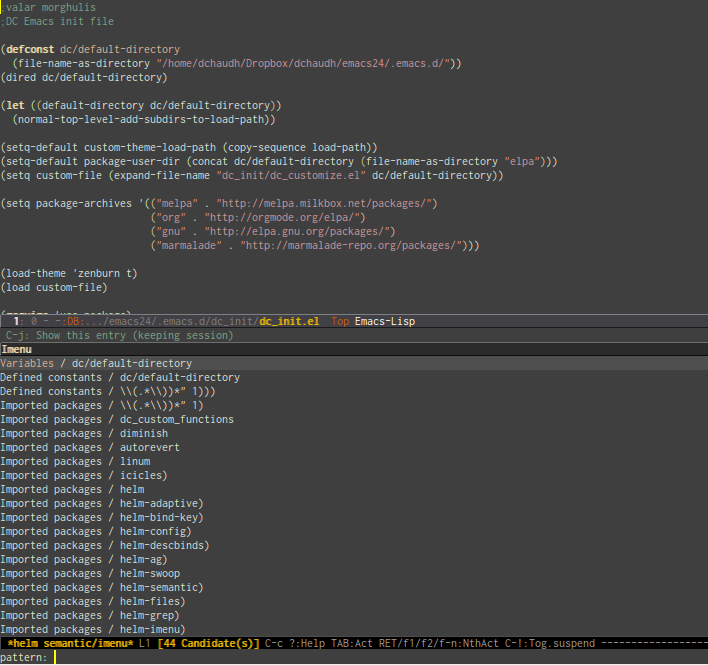 Not the answer you're looking for? Browse other questions tagged elisp helm or ask your own question.

14
Function to open my init file for editing or return its path
1
order of settings in init file
4
How can init file tell if running under X11?
5
Let statement throws error on assigning a form to a variable
2
Emacs init pandoc setup
1
Are there implicit evaluation rules for backquoted structures?
8
how to get Emacs to locate the error in my init file without relaunching?