I'd like to try and get to a similar setup that I have with N/Vim in OSX, whereby Truecolor support is enabled in iTerm2 (which supports 24bit colors) but disabled in the native Terminal app (which doesn't support it). This is simply for flexibility - sometimes I forget to use iTerm, and sometimes I'm on a machine that is using my dotfiles, but isn't using iTerm.

and as expected, outputs the following in Terminal.app:

I'm running fish shell version 2.5, and $TERM is set to xterm-256color inside of iTerm2 and also echos this in the terminal. This means if I run tput colors it outputs 256, but from reading around on the web, I don't think it ever outputs anything higher than this though.

In Vim I achieve this with the following line of code in my .vimrc file:

which lets me have a different colourscheme for nvim and distinguishes between iTerm app and the standard Terminal app.

I know that the latest version of emacs supports True color, so I installed this by running: 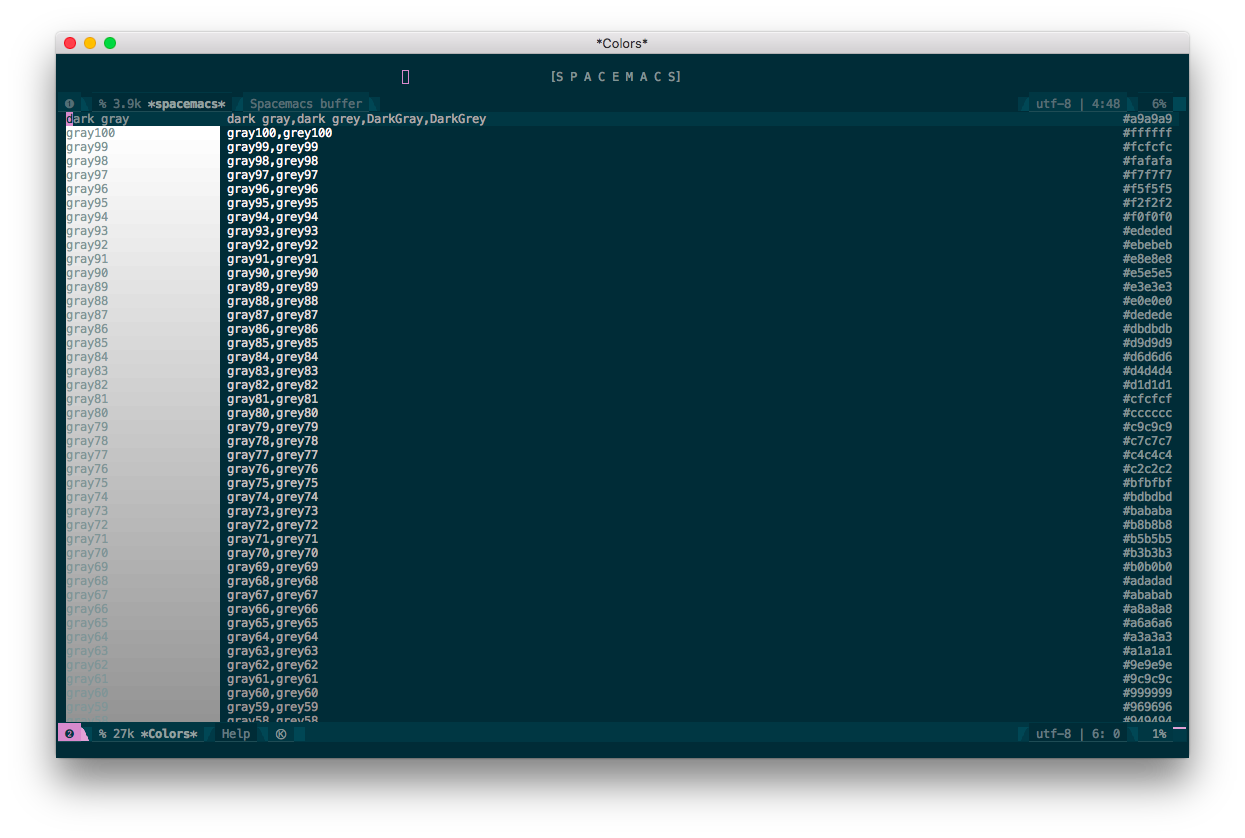 but doing the same in the terminal with emacs -nw only renders the standard 256, and also looks weird: 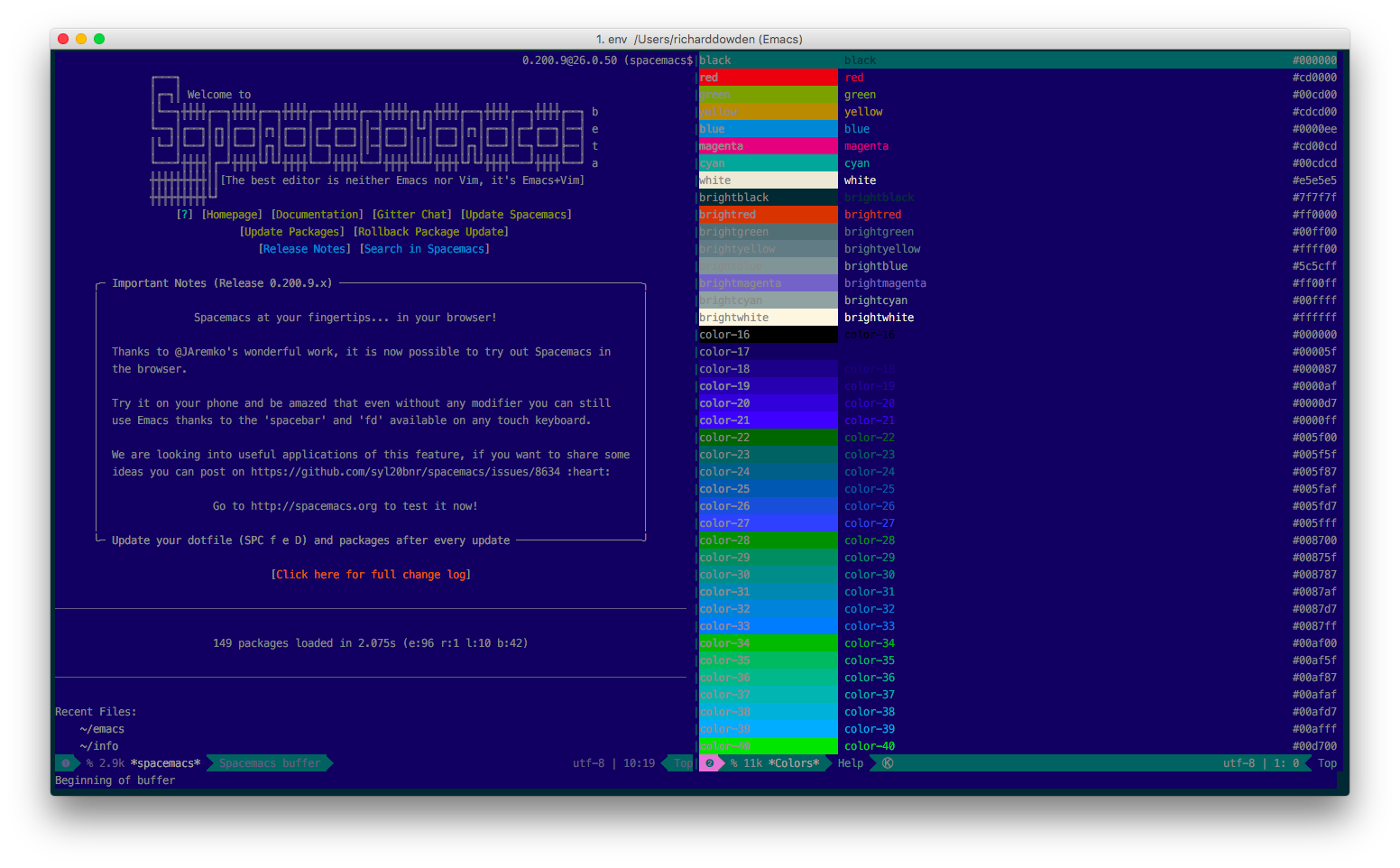 And running emacs with a non-standard TERM as the commit message mentions doesn't seem to work:

The result is also the same with if I set $fish_term24bit to 1 in my fish.config via set -g fish_term24bit 1. So what am I missing to get the True color support working in iTerm2, before I even write the conditional code?

So further digging has thrown up the following links that could be useful:

both of which mentions requiring a custom setb24/setf24 terminfo capability to be present, as shown in the example and pasted again below.

As directed, I put this into a file called terminfo-24bit.src and ran the specified tic command, which generated the directory .terminfo in my home dir. However, now when I run emacs I get colour sequences everywhere, which leads me to believe emacs has entered 24bit colour mode, but iTerm2 isn't interpreting these correctly... 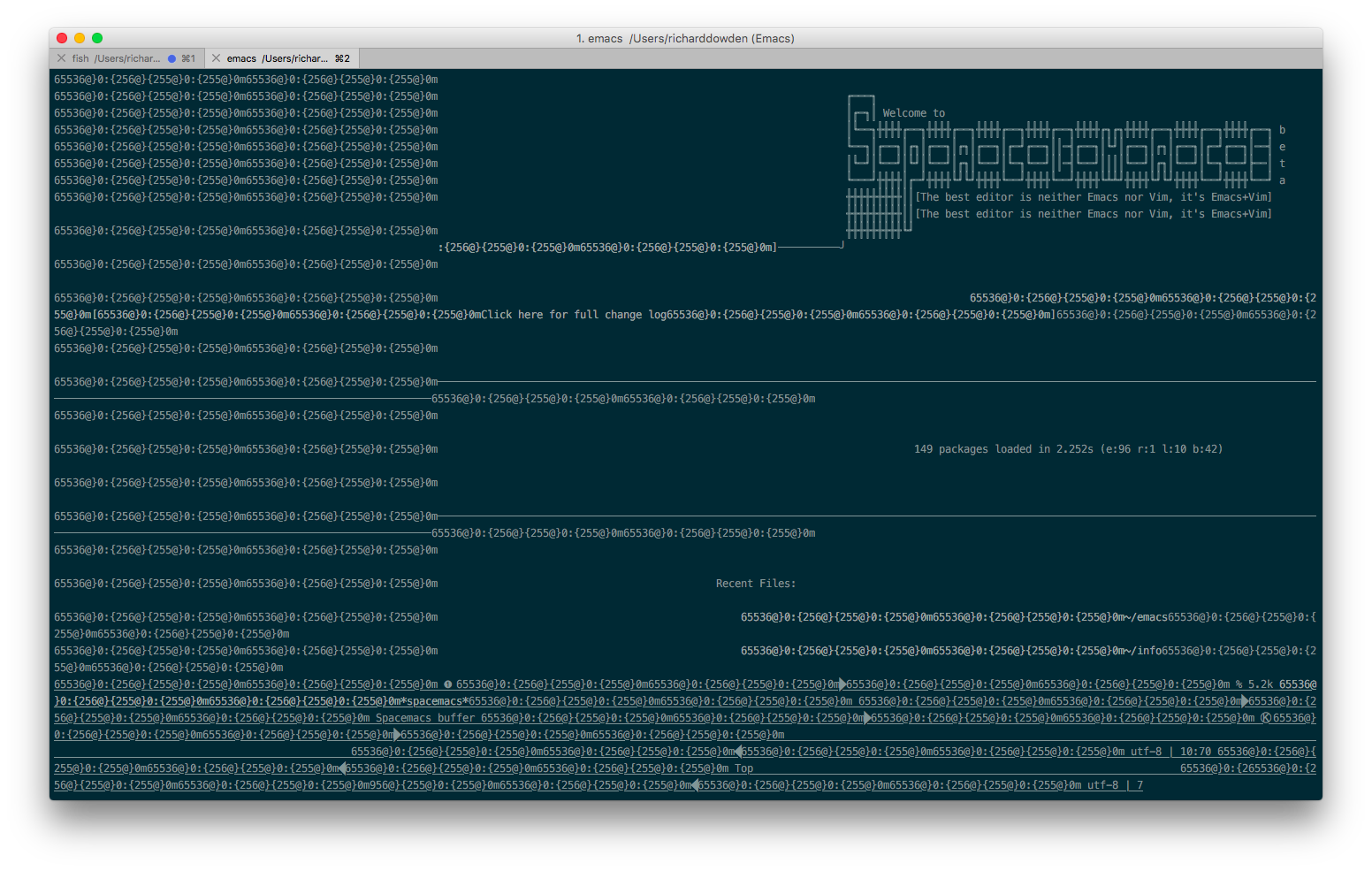 8
What is the difference between standalone version of emacs and the one that runs inside terminal?

10
Colored git output in eshell
1
Colors illegible after upgrading OS
4
Emacs colors being set differently when TERM is 'screen-256color' and 'xterm-256color'
0
Set specific TERM variable for only emacs terminals
15
Getting more than 8 colors in a terminal emulator inside Emacs
2
Reloading .Xresources colors on the fly
9
#000000 and true black in terminal Emacs colors
5
How to detect the term color support inside of a emacsclient session?
1
How to properly display script shell command output
2
Set 24-bit colors terminal (Truecolor) for Solarized theme on Mac