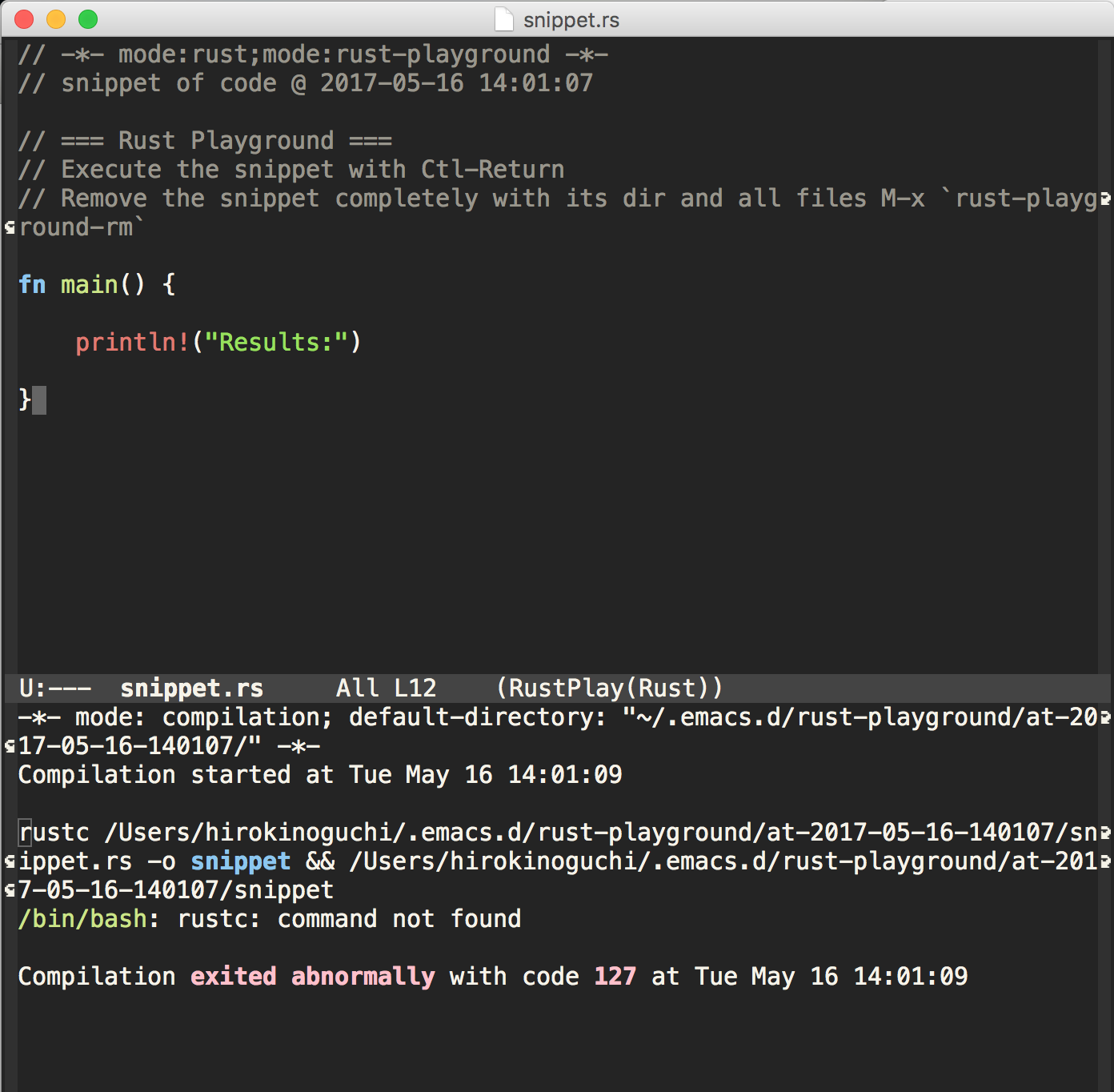 I can run rustc command on bash on Emacs.

Maybe I need to set up rustc's PATH in a elisp file.

Could you give me some advice?

I'd appreciate your help.

Even though you've got it in your shell, it looks as though you've not got /usr/local/bin in the PATH environment variable for your Emacs. You could verify this by doing M-x getenv PATH. There might be a better way, but I use a little bit of code like the following in my Emacs init file:

This adds paths to both the environment so that they'll be inherited by external processes run by Emacs, and to ensure that Emacs can find binaries in these directories.

Not the answer you're looking for? Browse other questions tagged init-file rust or ask your own question.