When the signature of one function along the chain changes during refactoring, the change often percolates up and down the chain.

With stock Emacs one can simply use C-x 3 (split-window-right), but that means frequently bringing down the split (C-x 1, C-x 0), and continuously hunting down for the path/to/file along the chain of files.

A user interface that would make it possible to swipe to left/right along the chain would be nice. Can you suggest a mode that would facilitate this kind of interaction? 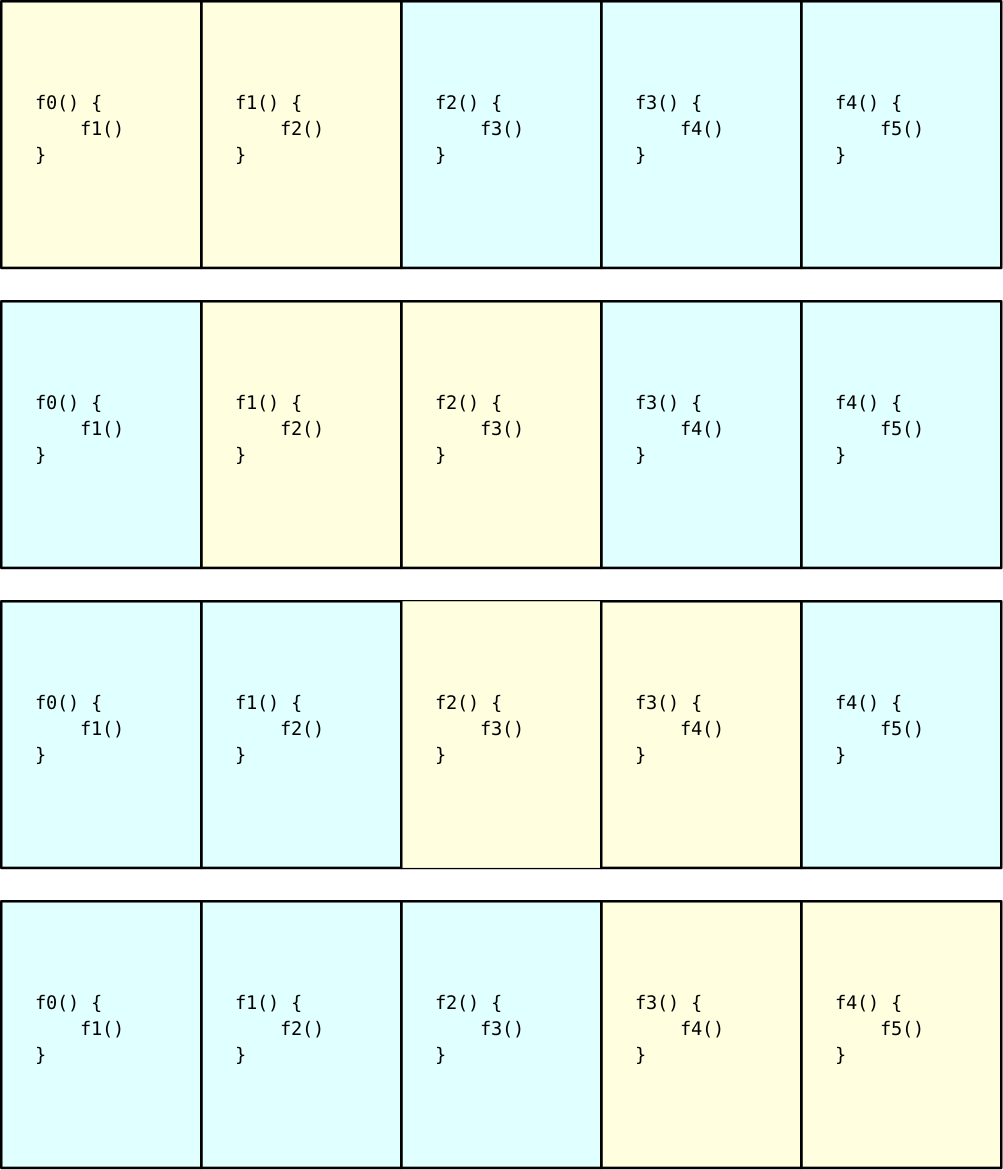 On a Mac, Desktops somewhat help, as in the picture below. Though this still requires a lot of synchronization between (Mac) Desktops, (Emacs) frames, and (Emacs) windows.

Ideally, C-x 3 would be within a special mode that is augmented with, say, push-window-vertically-on-right, followed by shift-windows-vertically-left/right. Does anything resembling this already exist?

It seems you want to be able to quickly move from one frame to another. There are various ways to do that.

Others here will no doubt mention additional libraries/methods.