Result of arithmetic evaluation in buffer, not echo area

I want to do some arithmetic operation I do this: 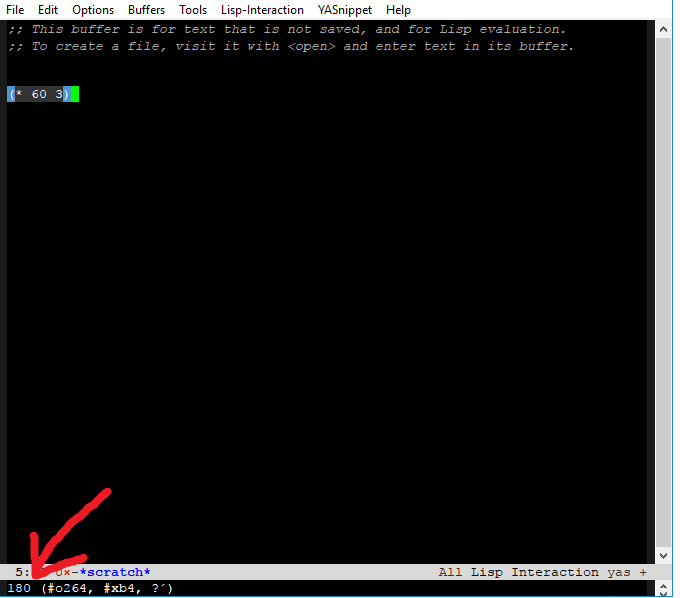 The result is in the echo area, but I want the result to be in cursor place in the buffer. Something like this: 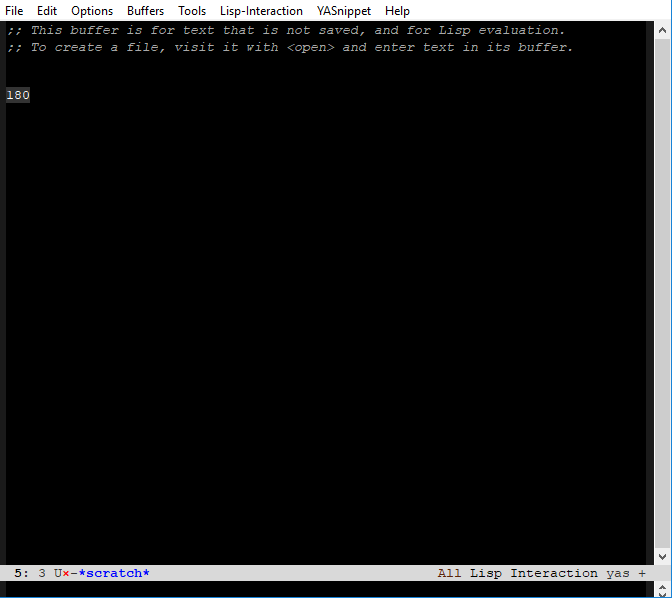 How do I do this?

Instead of C-x C-e to evaluate the expression, give it a prefix argument. C-u C-x C-e will print the output to the buffer.

How I found this information

You can investigate how Emacs does these things by looking in the manual, or asking Emacs itself.

To see what a particular keybinding does, you can use C-h k (describe-key). You were evaluating the expression with C-x C-e, and you can figure out what that keybinding calls with C-h k C-x C-e. That will display the command's docstring, the first part of which is:

C-x C-e runs the command eval-last-sexp (found in global-map), which is an interactive compiled Lisp function in elisp-mode.el.

I highlighted the key phrase: giving it a prefix argument (C-u) will print the output to the buffer, rather than the echo area.

Bind this to some key.

If you want to do an arithmetic operation and insert the value into the buffer, but don't care where you do the operation, then you can also do C-u M-: and type the operation info the minibuffer.

I prefer to do (also complex) computations in Emacs' calc C-x * * and then copy its result in the buffer where my cursor was with y, q closes the calc buffers and I'm back at this location.

I had the same wish and hadn't used Emacs in a long while and forgot how to do it :) Very simple and touched on by some above answers with the prefix command C-u

Simply C-u M-: (Eval buffer appears for your function) such as Eval: (- 5 2) and the result of 3 will appear in your buffer cursor location

0
How to define a variable which gives the last inserted character of the current buffer?
2
How to use the inserting commands/functions in the mini-buffer?
3
How to direct `M-:`'s value to the current buffer?
5
How to replace the expression with evaluation result using Elisp interpreter?
1
How insert random number?
1
Insert space but don't move point
0
How to end text-insert undo segment after cursor jump (caused by mouse)?
0
How to turn from command to insert mode at the end of my elisp interactive script?