I have a problem with using calc. When I have two windows open in emacs, split vertically, calc frequently opens in the wrong window. Here's a demonstration of the problem that I ran with emacs -Q. 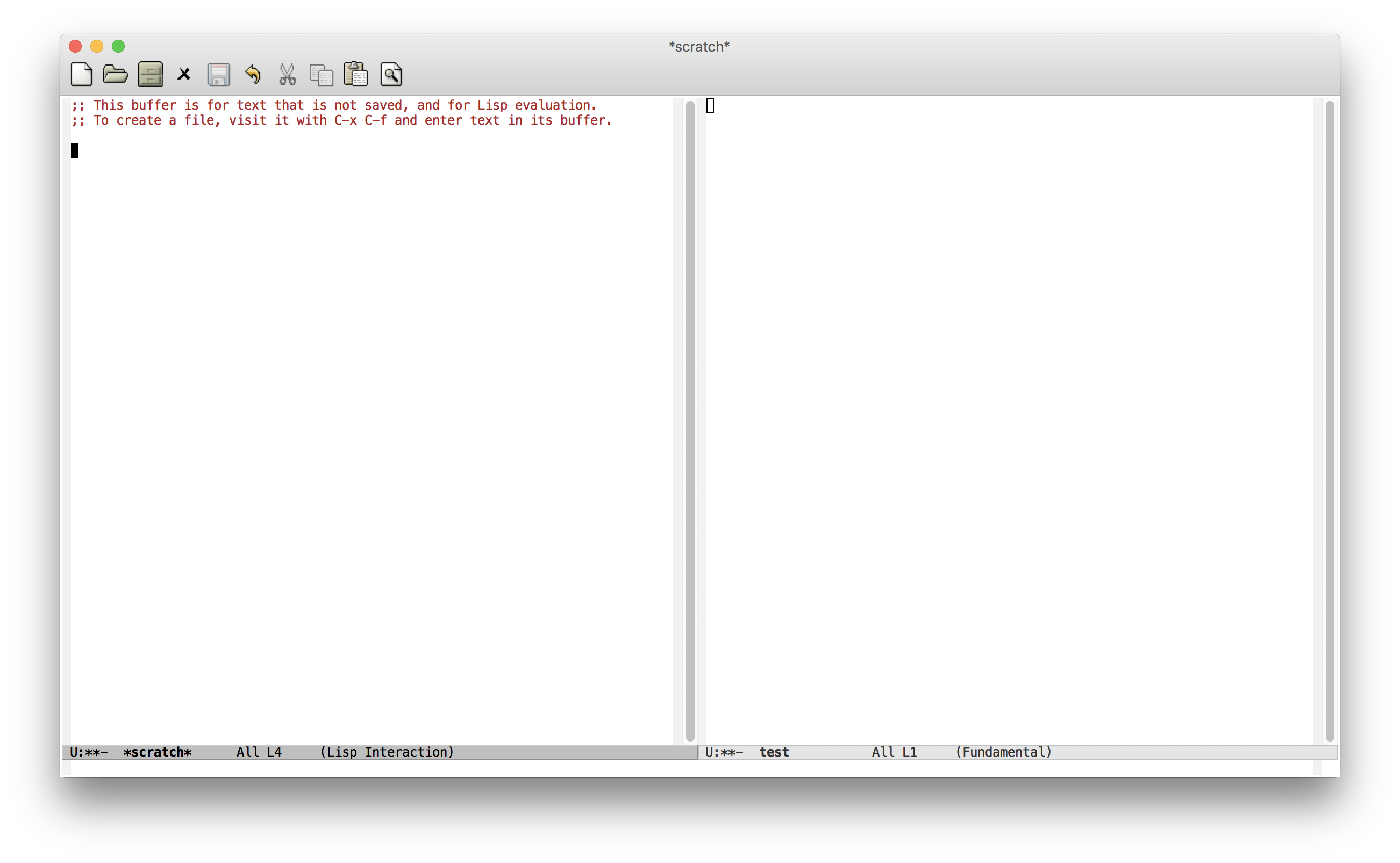 I do M-x calc, and this happens: 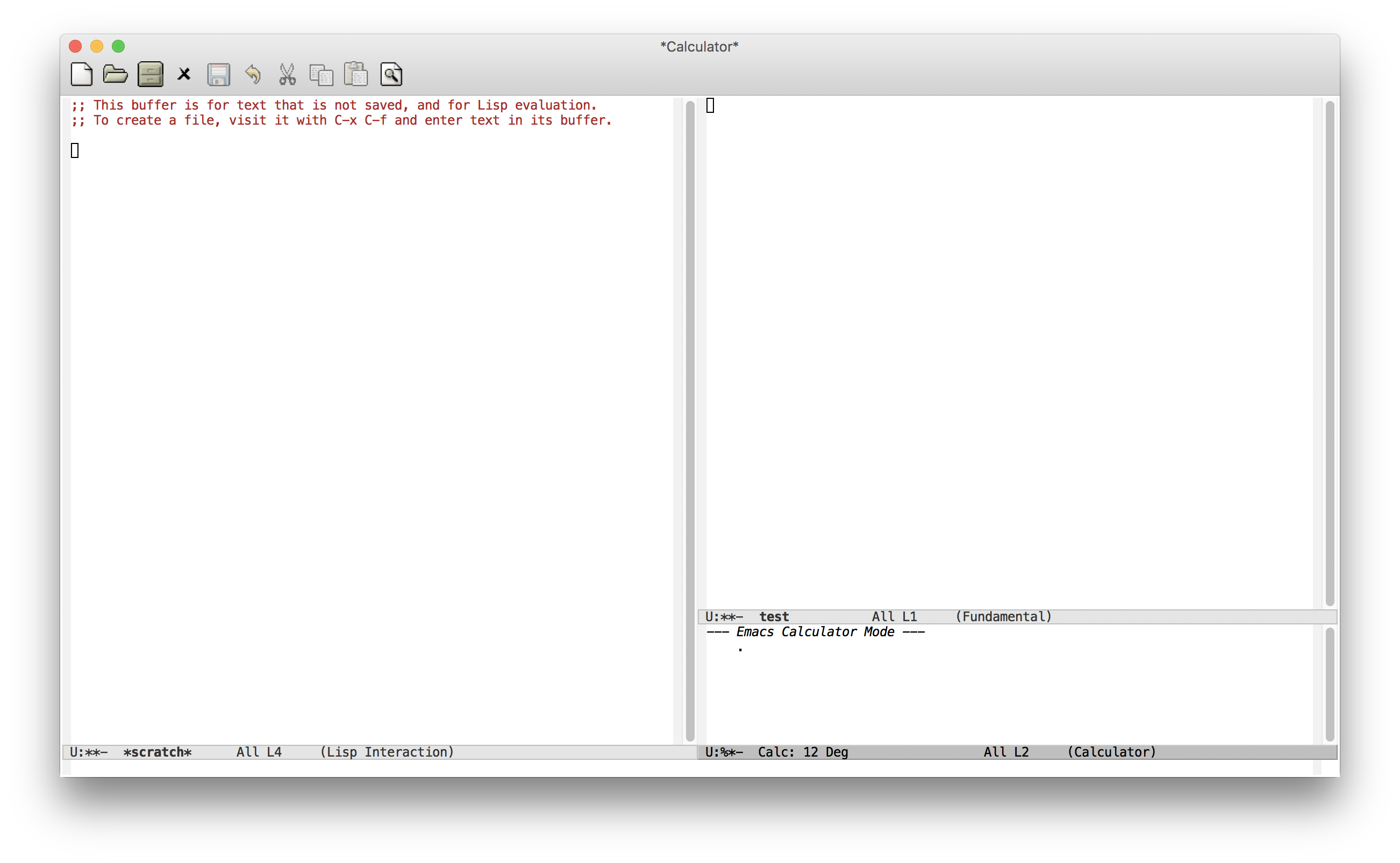 It should have split the scratch buffer, not the right one. This in itself is not a huge issue, but the problem is that when i try to yank stuff from calc back into to the buffer, it winds up in the wrong one: 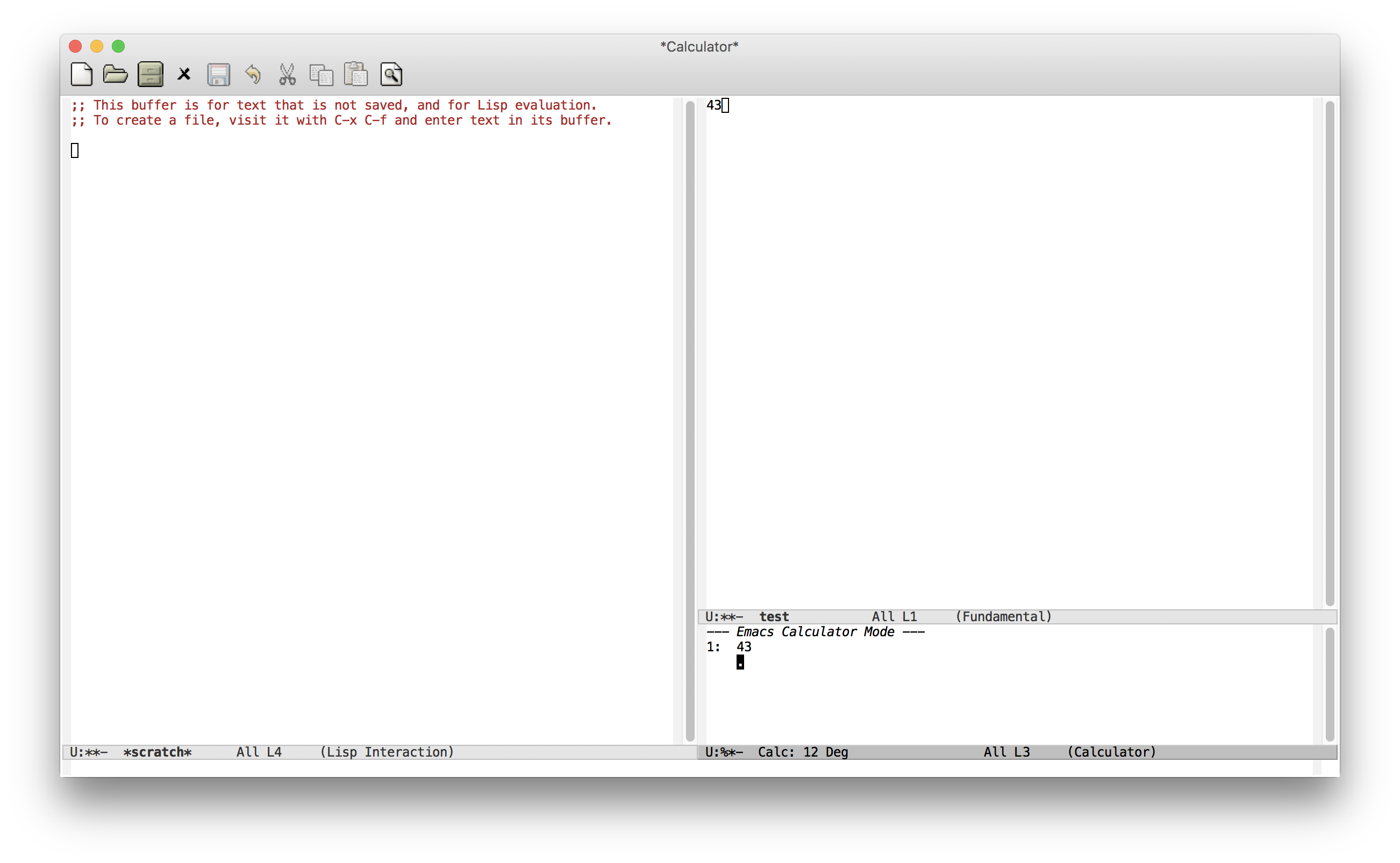 I wanted the 43 that I yanked into the buffer from calc (with y in calc, which runs calc-copy-to-buffer) to wind up in the scratch buffer (since that's where i started from), but it doesn't.

Anyone know a way to fix this issue?

According to the manual (14.6 - Yanking into other buffers):

The scratch buffer therefore is not a "normal editing buffer".

As for the first issue , If you start calc before splitting the window ( with only one buffer showing), you will get both the calc and the trail buffers, which is very useful and will prevent the unwanted behaviour.

Not the answer you're looking for? Browse other questions tagged window-splitting calc or ask your own question.

3
Calc won't fit any curve to any data, complains “Model expression is too complex”
4
calc: how to specify radix while yanking
4
Split window buffers
8
Calc: copy only a value, not stack number
12
Prefer vertical splits over horizontal ones
0
Calc Embedded Mode keybindings
3
Define a function in Calc (Embedded)