What's the deal with Deno? We talk with a major contributor to find out. Listen now.

How can i resolve tramp-error: Not a Tramp file name: using a /docker address?

Trying to set up .dir-locals to use a custom python interpreter inside a container so i can use run-python and get the REPL inside the container.

I have this setup which seems to partially work in that its trying to use the interpreter i have specified.

However I just get the below error. I assume its something to do with the added slashes.

If I use find-file and navigate to the bin folder that works, and using the which command tells me that the path is correct inside the container. So I am at a bit of a loss.

I tried upgrading but I could not convince Emacs to use my downloaded version over the built-in version.

Looking for next thing to try. Is this perhaps a known bug ?

The python shell calculate command runs the docker command through shell-quote-argument which is adding the slashes and breaking things.

I then have to add (setq tramp-histfile-override "/dev/null") to get around another issue where it looks for a history file which does not exist.

Currently running the code below to progress.

using C-x C-f I can type /docker:hackdev_django_1:/usrlocal/bin/py tab and have it list python. 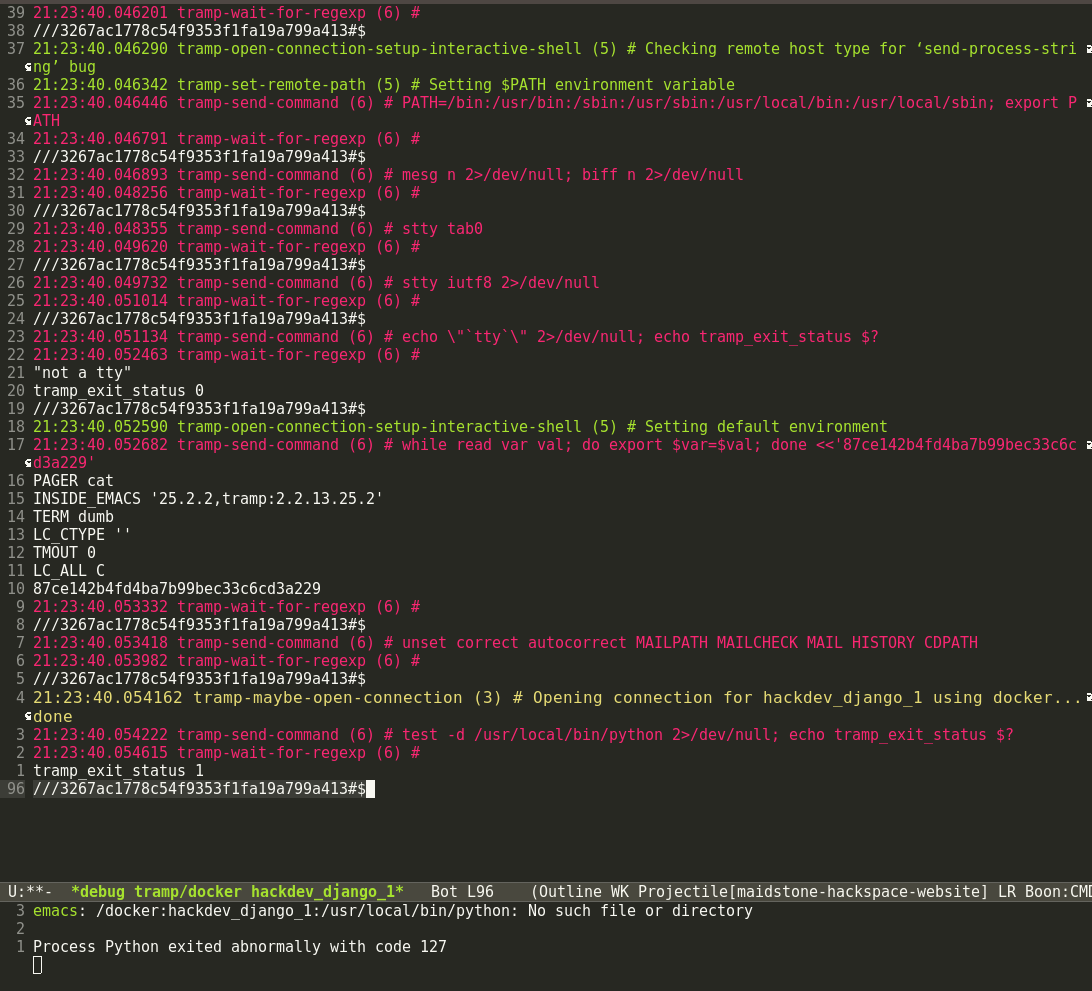 Browse other questions tagged python debugging tramp or ask your own question.

45
How can I use my local Emacs client as the $EDITOR for remote machines I access over TRAMP?
7
Specifying python version in run-python
7
Remote shell path - env: No such file or directory
1
Interpreter discrepancy in org-babel-python and python-mode
0
Not a Tramp file name