I know that emacs supports Arabic and I have seen many questions on Arabic support but my problem here is specifically with emacs in the terminal.

It can be seen in the image bellow in the left side that the text is shown correctly in the GUI mode. However the problems appear in the terminal in the middle and right frames of the screenshot.

In the middle one, it is just emacs running normally from the terminal. Here the letters are shown in the correct order from right to left but the problem is that the letters are separated.

A classical solution to problems with Arabic in the terminal is BiCon. It works pretty well with programs that are not aware of right to left languages.

In the right of the image emacs can be seen running under BiCon. The letters here are connected, which is good, but it is in the reversed order. I Believe that this is because emacs is already taking care of order and then BiCon is reversing it back.

One last thing to mention is that I tried some different terminals including xterm, gnome-terminal, konsole, and mlterm. 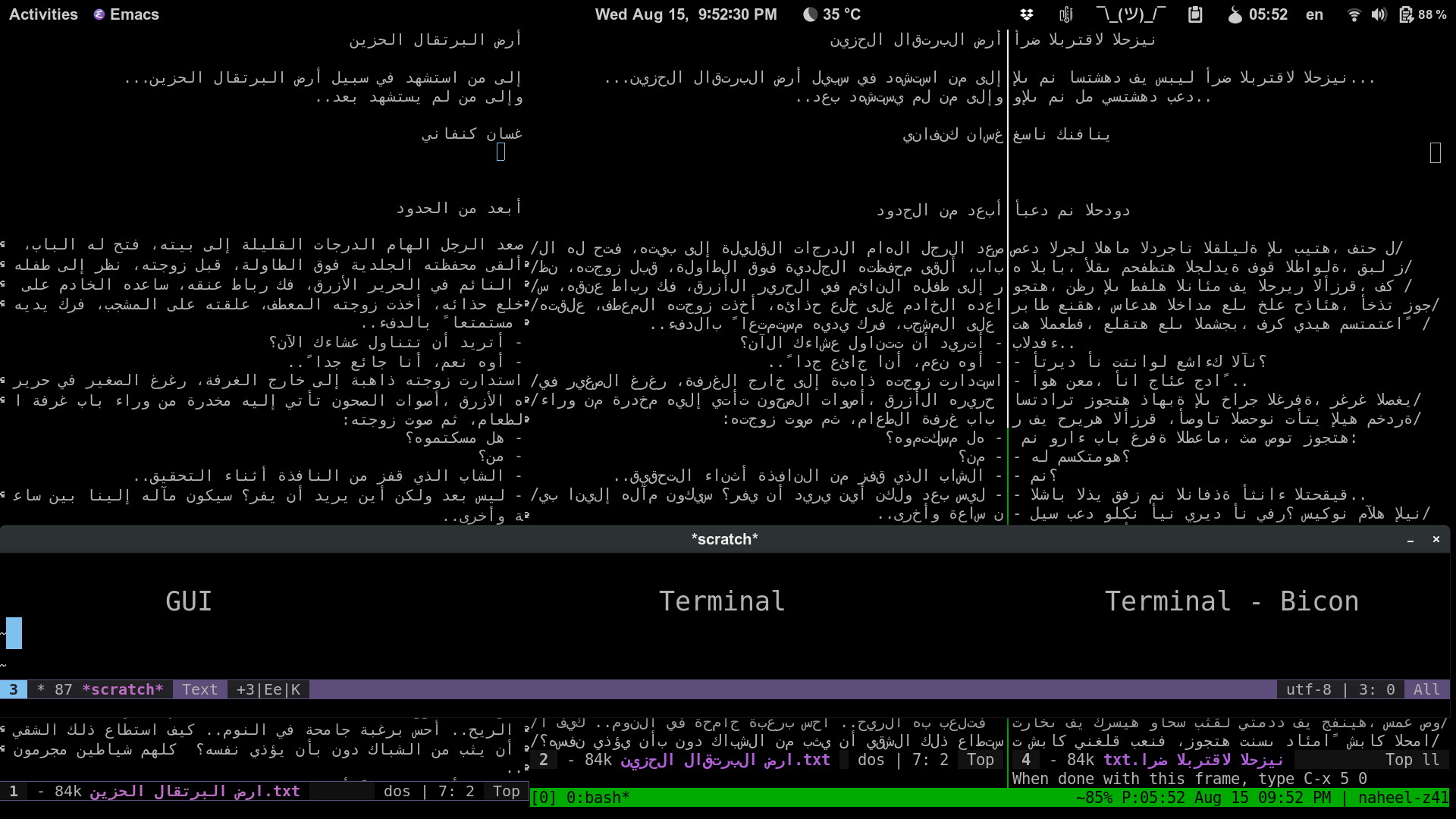 This is not really a solution but it's workaround.. Using python-arabic-reshaper save this as ar-reshaper.py:

The OUTPUTFILE will be the reshaped version of INPUTFILE with the connected Arabic letters and the result on emacs: 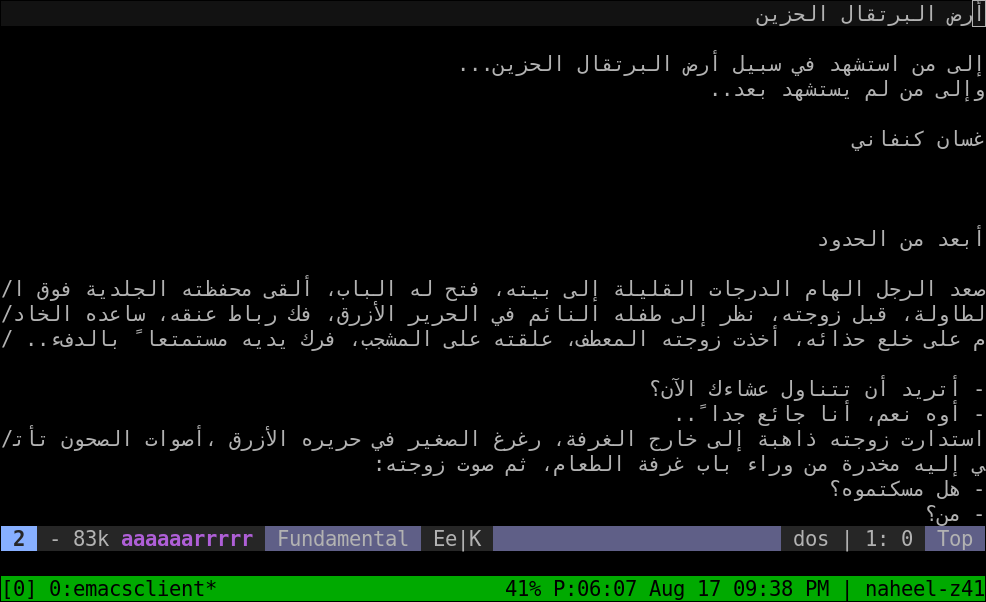 But still, an actual solution is needed...

The solution was simply to disable the bidi in bicon.

THIS fork can achieve that by:

See here for an up-to-date version of this guide.

Take care not to run this from a shell that is itself running under bicon. You need to use this function if you want to do so:

And it will still not be good for editing RTL text, as Emacs is confused by the bidi reversal that bicon does.

Not the answer you're looking for? Browse other questions tagged terminal-emacs right-to-left or ask your own question.

2
256 colors in FbTerm
6
Arabic in emacs shown as separate letters
7
How to get org-mode fully support Arabic language for export?
2
How to org-export this tag into HTML?
2
esc-right and M-right function differently in org-mode headers