I've been using EWW and I noticed that it displays inline LaTeX expressions ($ ... $) but it fails to display those that have their own line ($$ ... $$). I'm attaching a print below. Have a look the blank space after the sentence "Symbolically, ".

I'm very new to Emacs, EWW, and text-based browsers so I have the following questions: 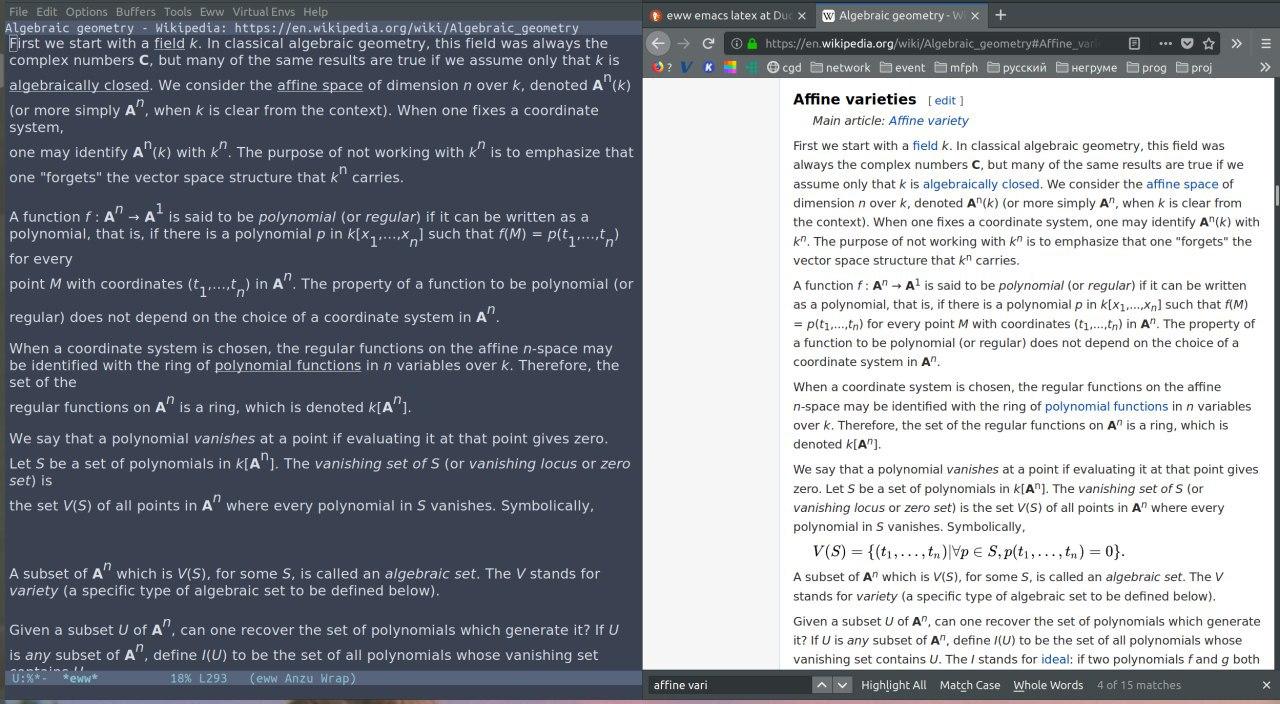 It is always recommended to use the latest Emacs version possible, especially in the context of browsing the web, but in the meantime I think you can hack around this issue on Emacs 25 with the following advice:

6
controlling display of latex equations in org-mode
20
How can I toggle displaying images in eww without a page refresh?
11
How can I ask for a web server to serve their "mobile friendly" version of their web pages with eww?
1
Change escape behavior when inside LaTeX equations
0
Launch emacs in eww mode, display local .html file at startup
5
Looking for a way to have LaTeX source code and its real-time rendering in side-by-side Emacs windows