Has Emacs same tool as “screen” in Linux? [closed]

Ask Question
Asked 2 years, 1 month ago
Active 2 years, 1 month ago
Viewed 98 times
1
Want to improve this post? Provide detailed answers to this question, including citations and an explanation of why your answer is correct. Answers without enough detail may be edited or deleted.
Closed. This question needs details or clarity. It is not currently accepting answers.

Want to improve this question? Add details and clarify the problem by editing this post.

I use tool "screen" in Linux. It's very comfortable. Has Emacs any some kind of tool? 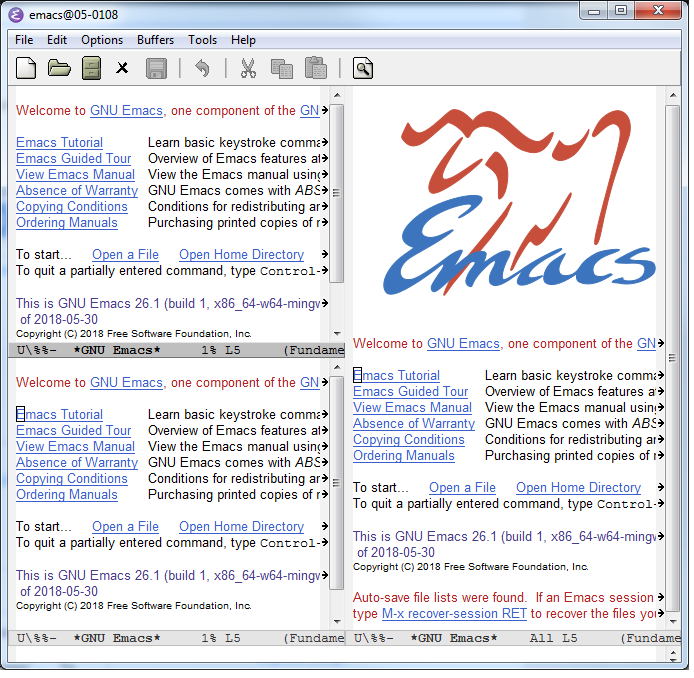 Now, if you wanted to have separate terminal windows there are several options. Emacs comes with several terminal emulators: eshell, shell, and term. You could open a term with M-x shell1. For me, that opened a terminal instance in the second split: 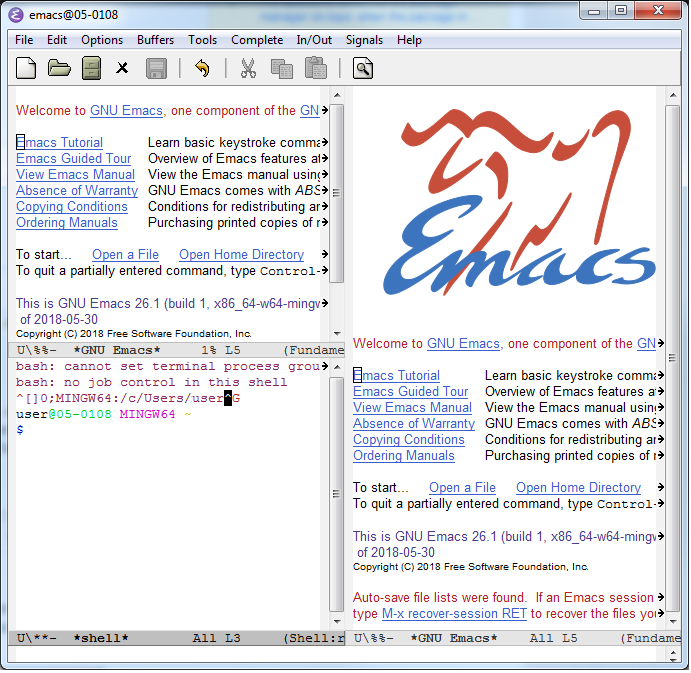 You can go to another split with C-x o. You could open another terminal instance if you wanted there. Or you could edit a document. Whatever your heart desires!

Hopefully you can see how Emacs itself functions as a terminal multiplexer.

I highly recommend reading the Emacs tutorial. To access it, simply open a new session of Emacs and press <RET>. People say learning Emacs is hard, but it's as simple as opening Emacs and pressing Enter! 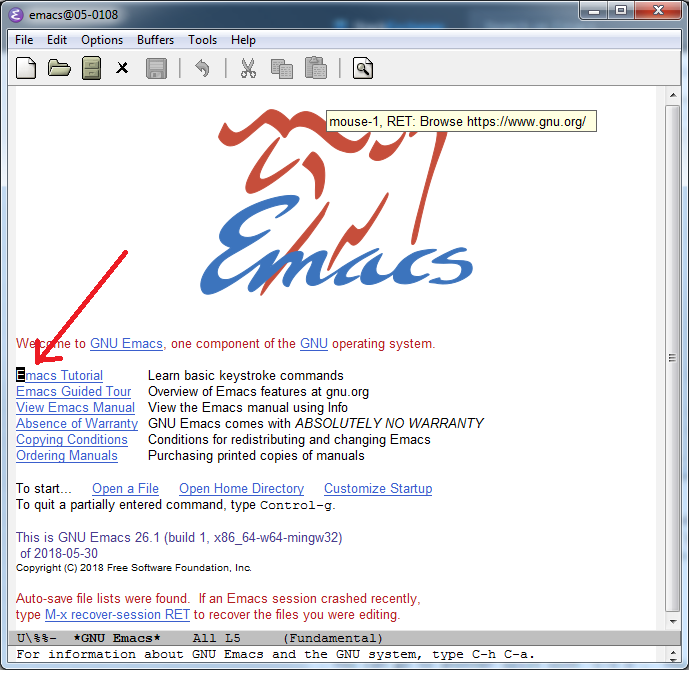 1 The term command is finicky when using Windows, which I am. So, I use shell here.

Not the answer you're looking for? Browse other questions tagged display or ask your own question.

6
How to force the current line to be always in the middle of the screen
7
Distinguish between blank lines at end of buffer and bottom of window?
8
Determine whether a frame is shown on primary display
4
Everytime I open emacs with -nw my file is prepended with 0;276;0c. My screen realestate is also being cut in half
8
Showing bytes as hexadecimal escapes rather than octal escapes
0
How to troubleshoot and diagnose escaped-character display errors in Emacs shell?
2
Hide mouse pointer while typing
4
Prevent Emacs from resizing windows