How to prevent Emacs from creating two windows on startup Windows 10?

When I start Emacs not from the command line on Windows 10 it creates two windows, not one. Is there any way to make the blue window go away? I usually needs 4-5 instances of Emacs running so it clutters up my set up. And No, I, unfortunately, cannot use Linux. 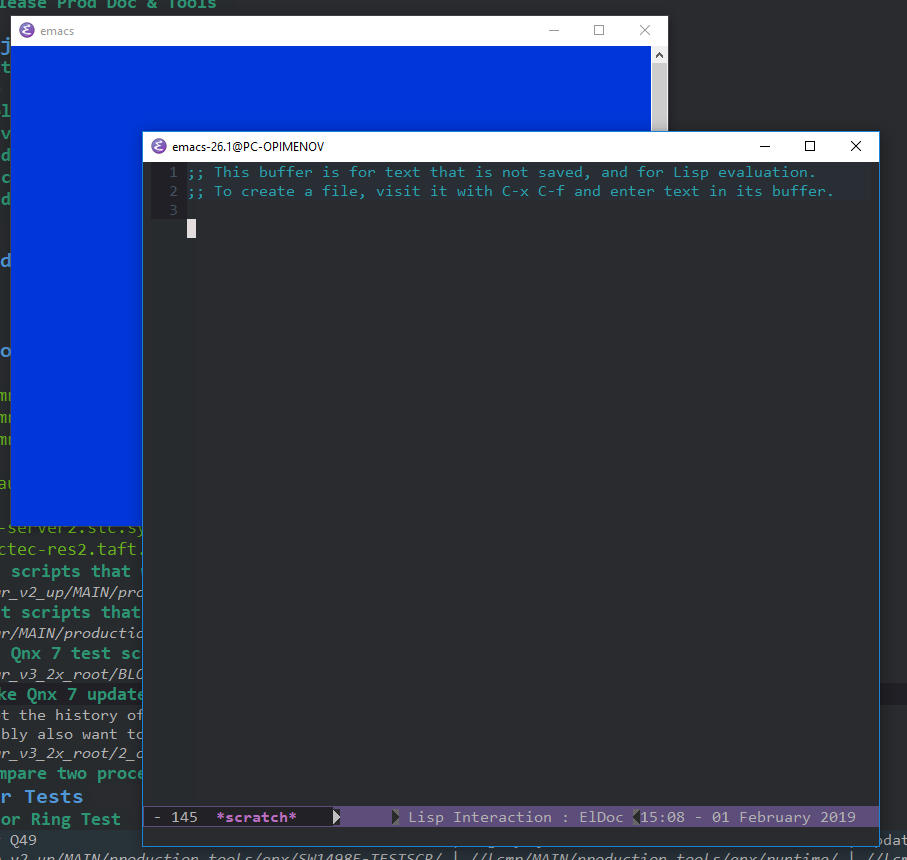 Instead of using the emacs command, use the runemacs command (which is provided in the Emacs distribution, in the same bin directory as emacs.exe.

Not the answer you're looking for? Browse other questions tagged start-up or ask your own question.

1
"smart" ansi-term on start-up?
2
emacs does not start - how to debug?
0
Execute command on every start except you load a file from commandline
2
Emacs doesn't open a new frame
0
Linux command line to launch gnuemacs
2
Long Emacs start-up time (20~60s) on Windows 10
0
How to make GNU Emacs start automatically right after booting and start with having much used files in buffers?