How to set utf-8 encoding for *markdown-output* buffer?

I have emacs-24.5 installed on Windows 10. Many utilities are configured through cygwin, including perl. When in Markdown mode every so often after I press C-c C-c p to run the external markdown.pl against the buffer contents and open the resulting markdown-output buffer in the browser, I instead see the following: 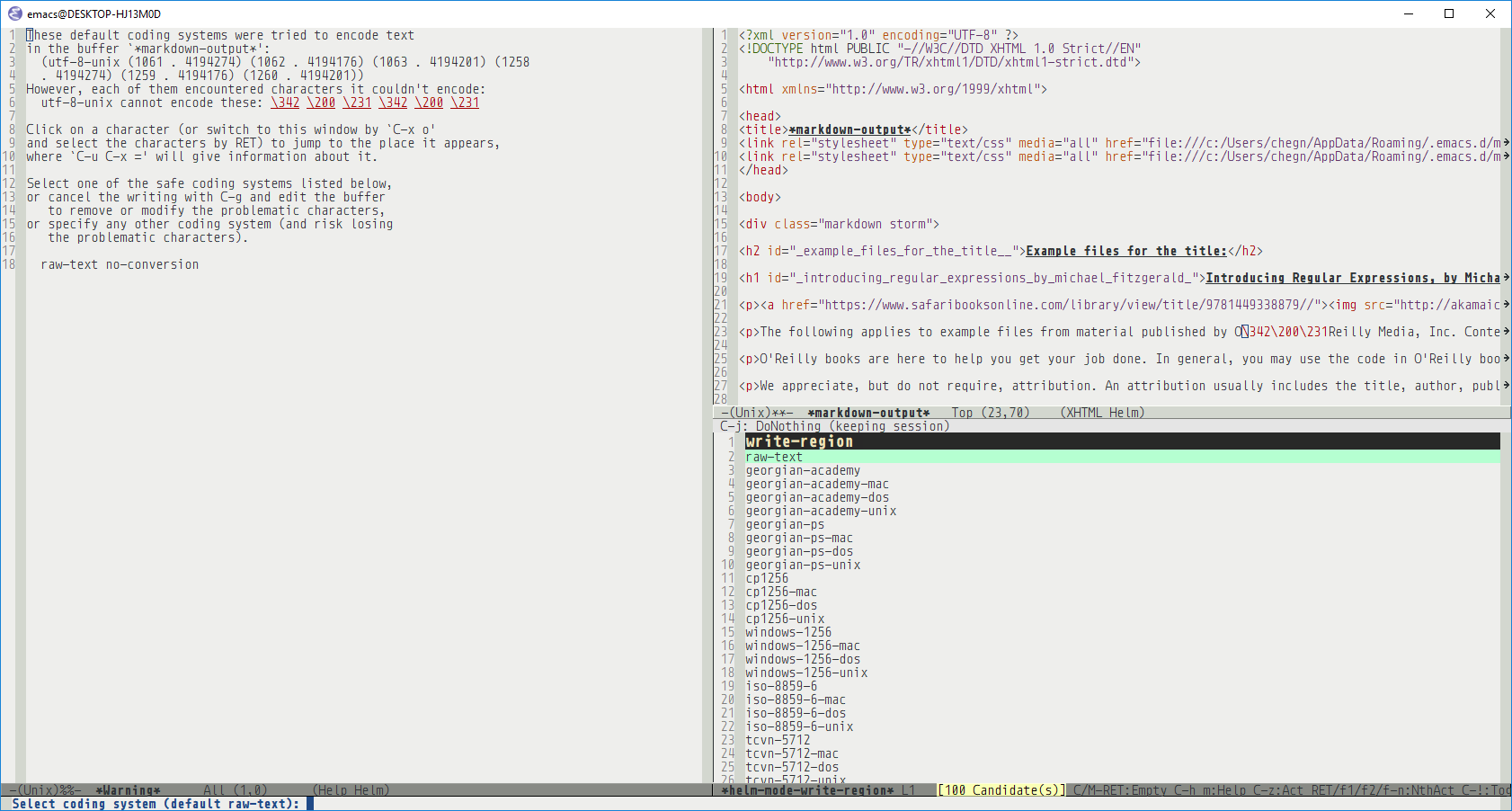 The reason is that the original README.md file contains RIGHT SINGLE QUOTATION MARK character in UTF-8 format, which is the bytes E2 80 99, or 0x2019 code point in Unicode. markdown.pl interprets the character correctly in its output, I tried to run it from the command prompt and the resulting HTML is also in UTF-8 encoding.

The fact that the top-right window shows those "characters" as \342\200\231 indicates that the file was incorrectly read from the disk. More specifically, Emacs apparently decided that this file does not contain utf-8 text but that it contains binary. This is usually due to a NUL byte somewhere within the file. You can search for it with C-s C-q 0 RET.