Prevent org source block face from bleeding out in fold

The problem is that when there is one line in between folded headings with source blocks the text properties of the #end-src line bleeds out. You can see the lines bleeding on the right in the image.

To do this I have taken two steps.

The first is to unfontify the end of the last line of a subtree when hiding it if that line is the end of a source block. That's the line responsible for the bleeding. This will ensure that the font face doesn't bleed out when a block is hidden with outline-hide-subtree.

The second step is the hard one. I determined that outline-show-heading is the fundamental function for showing headings. This function checks if the heading being shown has

This is extremely close to working. If you use outline-toggle-children to display the children of a subtree and every child is a subtree (in other words each is displayed as a folded headline), the last source block of every headline should be invisible. That's because all the headings are folded. But (outline-invisible-p (line-end-position)) says the last child of that subtree remains visible. 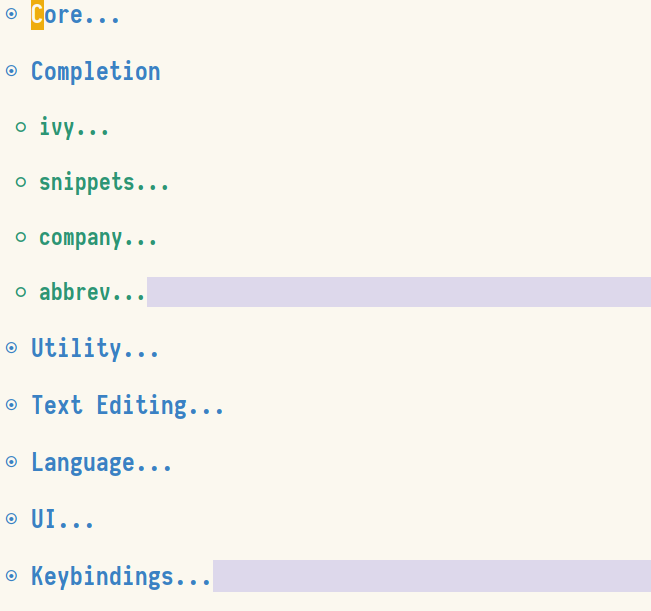 May not be the answer you were looking for, but the simplest way might be to change the org-block-end-line variable face to that of the default background, thus ensuring that there's nothing to leak in the first place. Also, end_src line generally seems useless in that all the code-block arguments belong in the begin_line, or better yet an entirely separate #+header:.

1
Why doesn't the window begin and end update after `outline-show-all`?

20
how to prevent faces from bleeding onto surrounding areas of buffer?
10
make org-blank-before-new-entry distinguish between a TODO list and a text outline?
9
Prevent org-mode code block background color from bleeding through when collapsed?
3
How to make my own org-mode text emphasis work again?
6
After change to org-mode 9.1.13, TAB not work when put after `<s`
0
How to move point to an invisible line (to access an org property when heading is folded)?