how to enable pager like behavior in a shell buffer?

I can't believe I'm saying this, but one thing that is "nice" about windows cmd is the pager. When I do man grep in a bash shell inside emacs buffer it spits out the entire content at once. Is there a way/mode to have emacs buffer to halt outputting text and ask if I want to see more.

here is what I have for running a bash shell buffer.

To make it more concrete, here is what I see if I run man grep 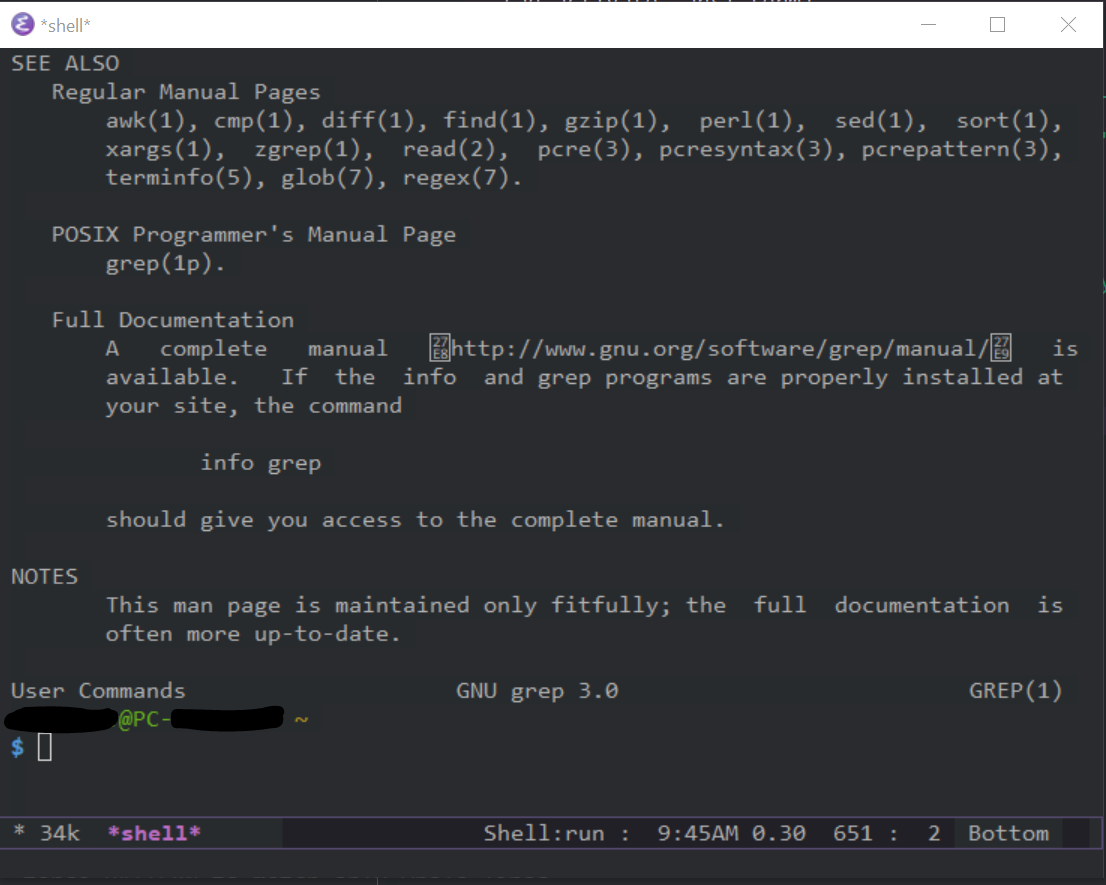 The command output filled the entire screen and keeps going until the end of the text.

Pages shows only what fits in one screen and waits. Is there any way to have that type of behavior in a bash shell in emacs?

If you are using EShell the following works: man grep: Add "man" to the list value of eshell-visual-commands and use *man grep instead of man grep at the command line of Eshell.

An alist of the form

of commands with subcommands that present their output in a visual fashion. A likely entry is

because git shows logs and diffs using a pager by default.

Not the answer you're looking for? Browse other questions tagged buffers shell or ask your own question.

5
Binding shell commands to hotkeys
1
Windows 10 + Emacs shell--can't run processes from eshell; unwanted cmd windows open
11
how to name buffers (*shell*)
1
Git bash opens in window outside of emacs
4
Send region to shell in another buffer
0
Shell IO Behavior For Emacs' Shells
0
Emacs / Projectile complains about no job control with Bash/terminal
0
buffer-substring fails in linux in a non-X terminal when I am in anything other than text mode