Saving a file with GPG hangs Emacs with *Minibuf-22* 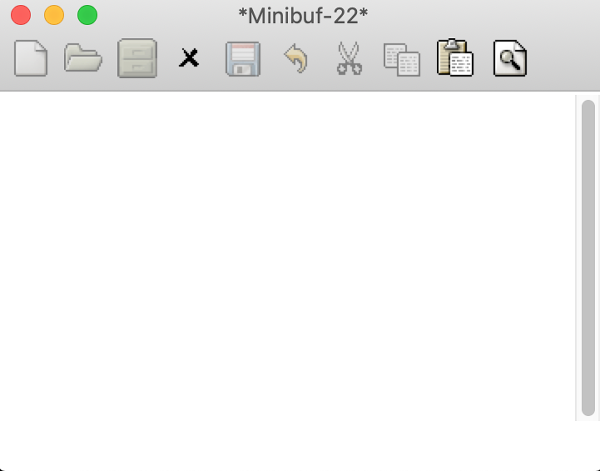 Scrolling down has no effect, no shortcut has any effect, and I have to force-quit Emacs. I started using GPG to edit files today, had a different problem in my first attempt with these messages in the mini-buffer and in *Messages*:

In this first attempt, I could quit with C-g and Emacs didn't hang. I succeeded in my second attempt (with two prompts for the password, the second for confirmation), and failed in attempts after that.

What is the problem, and should I follow a better setup to integrate Emacs with GPG?

Update: I tried again launching from the Terminal with emacs and I got to the *Minibuf-22* window, but was able to quit with C-g. The buffer *Messages* shows the two same error messages as above with Variable binding depth exceeds max-specpdl-size, and I am able to save the encrypted file with no problem after that, with the difference that now switching buffer windows with C-x o moves to the mini-buffer. If I try to magnify it with C-x 1, I get Can’t expand minibuffer to full frame.

Starting with emacs -Q, I have no problem saving the encrypted file, even without those 3 symbolic expressions. I tried again starting Emacs from the Terminal: I had the same hang the first time, then I got the variable binding depth problem which didn't hang Emacs. I checked that the only parts of my initialization code that use gpg are those three symbolic expressions and in mail settings, such as (setq smtpmail-auth-credentials '(expand-file-name "~/.authinfo.gpg")).

Browse other questions tagged gpg or ask your own question.

20
How to type the password of a .gpg file only when opening it
9
How to get gpg-agent to cache the passphrases I enter when reading/saving *.gpg files?
1
Emacs not prompting for password when opening gpg file
1
Encrypt both mail body and attachment with gnus
0
magit commit does not permit adding a gpg signature
2
How to force Emacs or pinentry to forget wrong GPG password?
1
User-friendly setup of Emacs with GPG, mu4e, and mu4e-send-delay