Is it possible to override the column width in Emacs?

At least on Windows, Emacs determines column width by looking at the AveCharWidth field in the font's OS/2 table. As the name suggests, this field contains the average width of all non-zero-width characters in the font. Emacs then uses this to calculate pixel widths for things like an 80-column window.

However, the font I'm using, BIZ UDGothic, happens to be a CJK (Chinese, Japanese, Korean) monospace font. In fonts like this, there's a notion of "half-width" and "full-width" characters. For example, a character like a is "half-width" and therefore one cell wide, but CJK characters like あ are generally "full-width", or two cells wide.

Now, this doesn't negatively impact the actual rendering of the font, since Emacs treats it as it would treat any proportional font, looking at the width of each individual character. It does, however, mean that windows are created much wider than they should be, and code that attempts to center text based on number of columns is significantly off.

I have fixed the problem by actually editing this field in the font file, but doing so was a bit of an ordeal, and I'd much prefer to configure this in Emacs itself. So, my question is, is there any way to do so, short of patching Emacs?

EDIT: To clarify a little, while editing the font itself is a solution, I'm not sure it's the right solution. Having the AveCharWidth field be 1991 FUnits isn't wrong per se, it's an accurate description of the font. The problem is that the heuristic of column width = average character width doesn't work in this case.

EDIT 2: Adding some screenshots to illustrate the problem:

With AveCharWidth set to 1991 FUnits, the default size of the window is way too wide, and nothing is centered properly relative to the window size or the Spacemacs logo:

With AveCharWidth set to 1024 FUnits, things are as they should be: 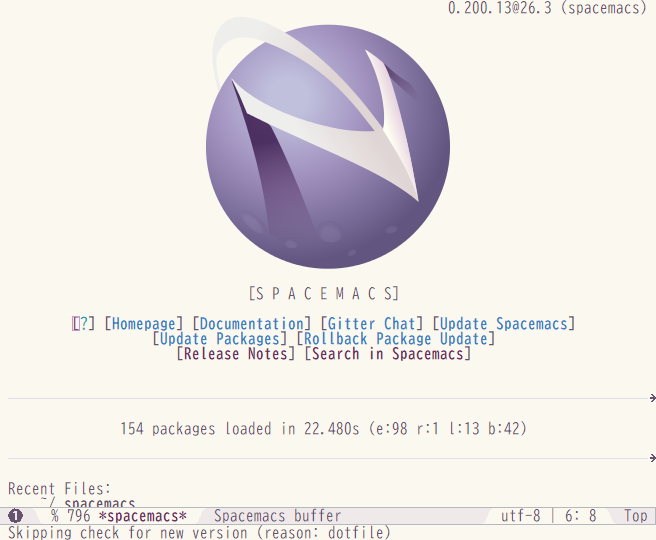 Browse other questions tagged or ask your own question.

5
How to set a fractional font size in Emacs?
6
How can I determine the width of characters on the screen?
3
Different fonts for different Emacs' windows
2
Font spacing is very wide with Triplicate
7
How can I prevent large characters from breaking alignment?
0
Since update to org-mode 9.4 misaligned column view headers
0
How can I force a Hebrew font to match the fixed width of Latin text characters in a mono font
0
Fallback font for specific face