can show-trailing-white-space be forced to ignore blank lines

I'm trying to use the flag show-trailing-white-space and it usually shows me what I want. I.e., I never want dangling white space at the end of a line containing text. However, between lines of text, I really don't care that there is white space. In fact, the editor enforces white space which is for indentation purposes.

In the image shown here, the red mark between :empty-set and :else is really annoying, but the red marks at the end of the other three lines is helpful. 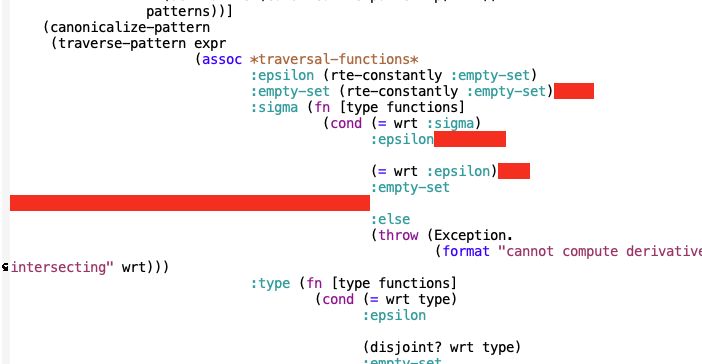 Looks like it's displaying trailing whitespaces and some kind of indenting whitespaces. Look at whitespace-toggle-options documentation and this manual page.

Not the answer you're looking for? Browse other questions tagged font-lock whitespace or ask your own question.