In org-mode 9.3.6 and GNU Emacs 26.3, marking a task as done in org-agenda also reveals the task in its buffer. Only the task subheader itself is shown. Here's an example: 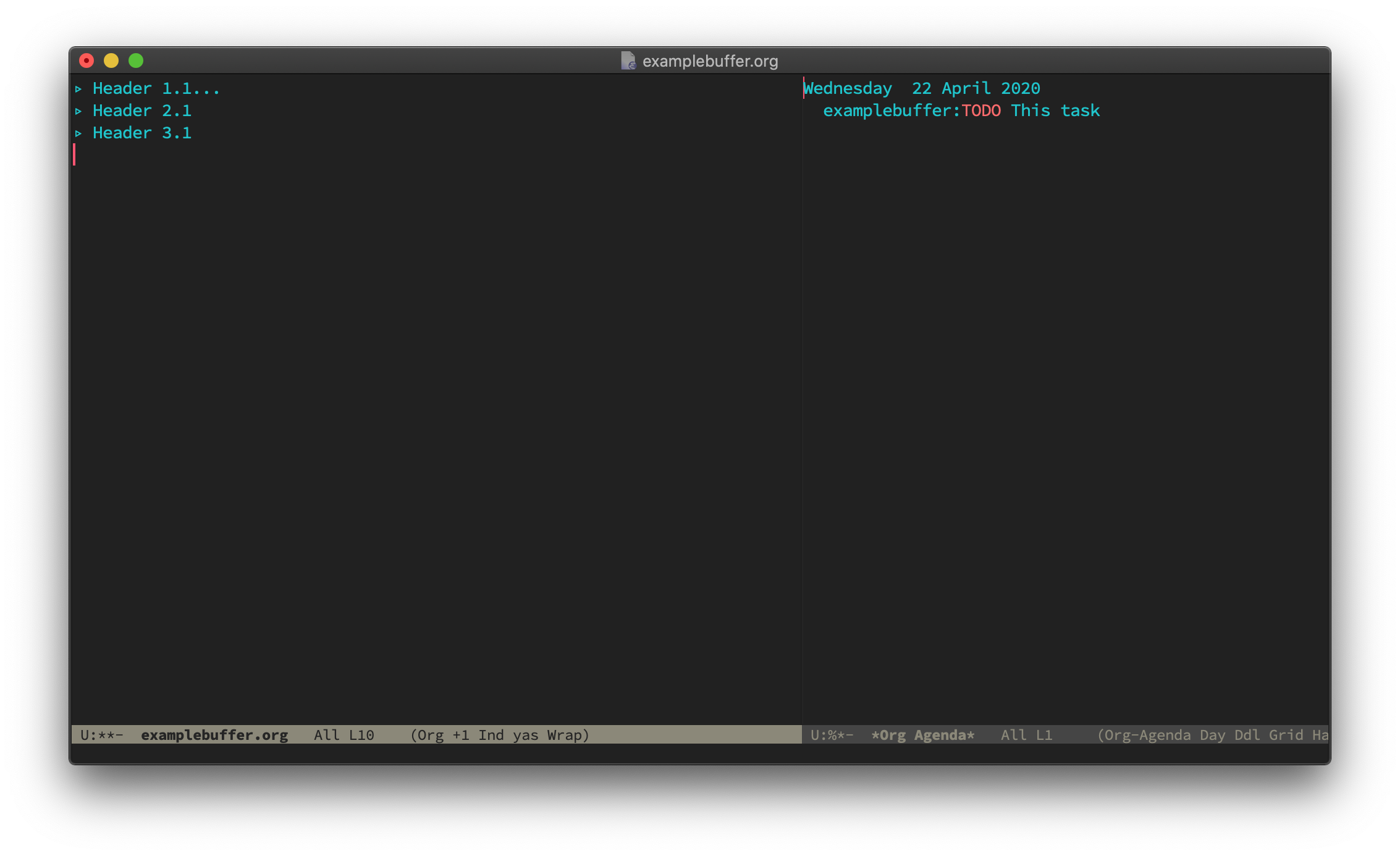 After changing task state to DONE in agenda: 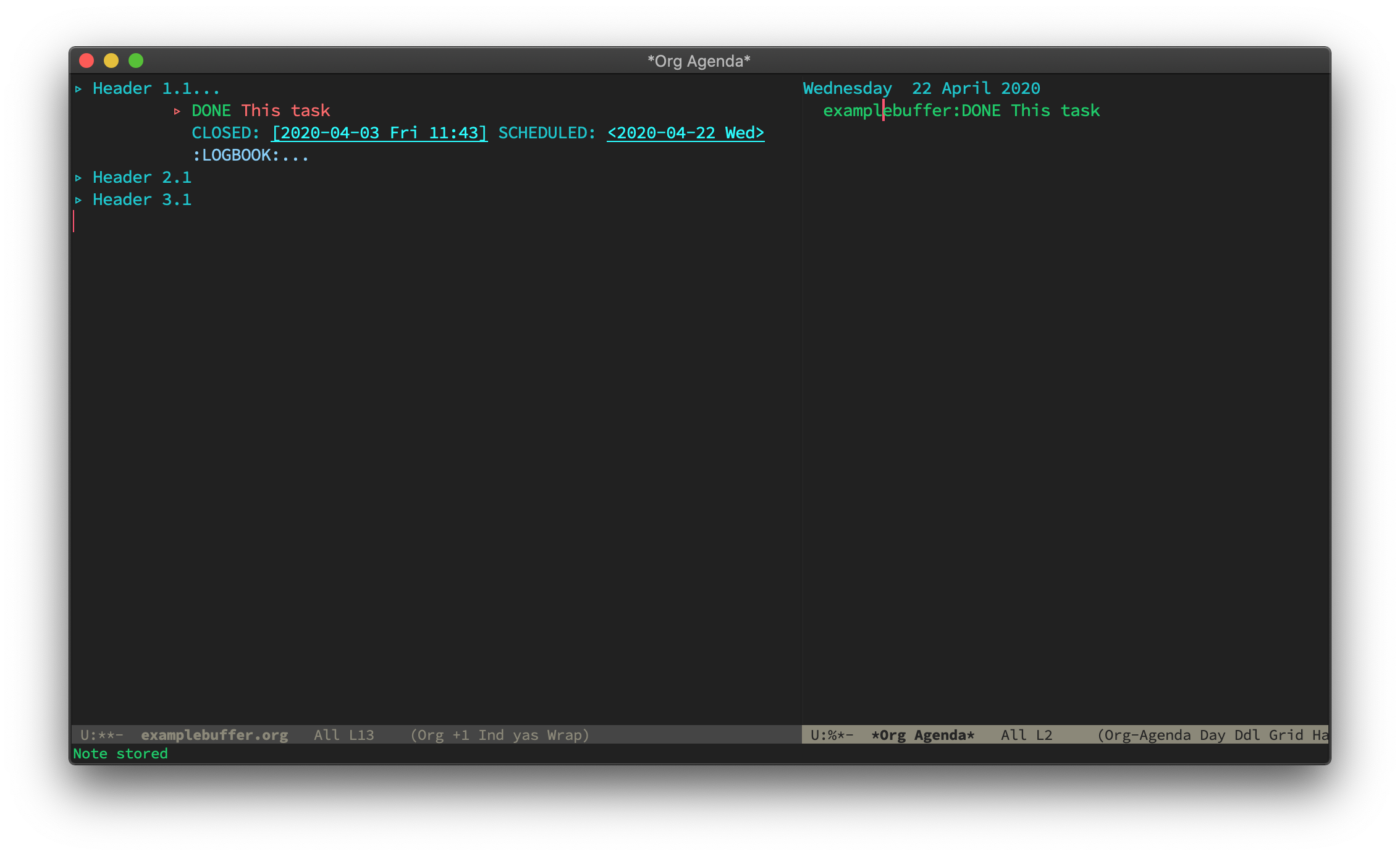 I'd like to know if this behavior can be modified so that 1) org-mode does not reveal the task in its buffer or 2) org-mode reveals the full parent-child header structure with the task. For example, something like this: 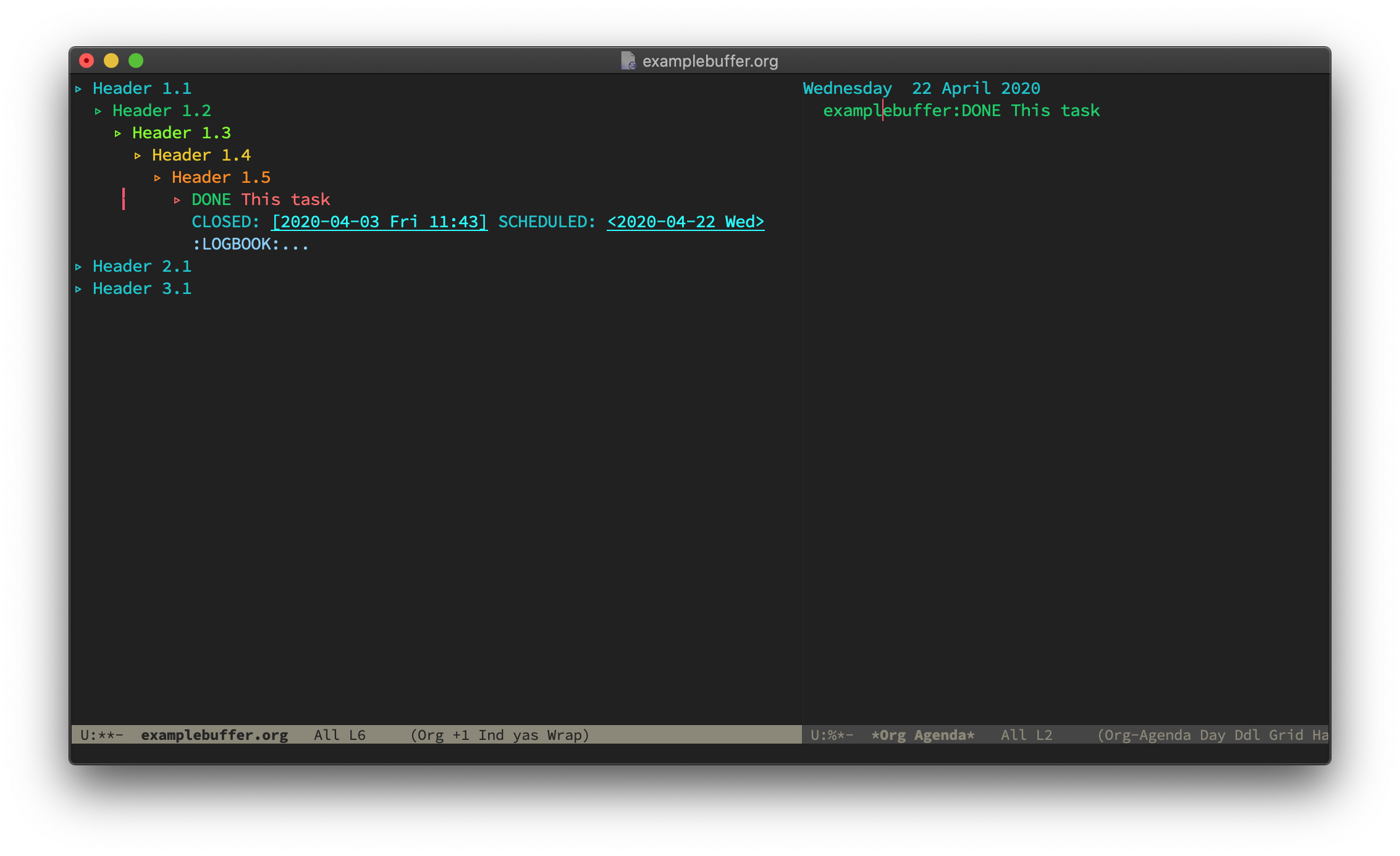 Any help is very much appreciated - thanks!

Make sure point and context are visible. Optional argument KEY, when non-nil, is a symbol. See ‘org-show-context-detail’ for allowed values and how much is to be shown.

That leads us to the variable org-show-context-detail whose doc string in turn says:

So you can customize the agenda pair and make the visibility span of the agenda context something other than local. E.g. you can make it minimal with something like this:

The listed visibility spans are the only values provided however, so if you don't like any of them, you will have to implement your own.

Not the answer you're looking for? Browse other questions tagged org-mode org-agenda or ask your own question.

6
In org mode, how do I make DONE tasks show up each time they've been DONE?
3
How to automatically save all org files after marking a repeating item as DONE in the org agenda?
1
org-agenda not showing missed deadlines
3
column view doesn't tabulate all headings and it modifies buffer in org mode