How could “C-x 4 b ”which pop-up-window but display to the right?

In emacs -Q, I strike C-x 4 b which invoke (switch-to-buffer-other-window) and display the other window vertically as 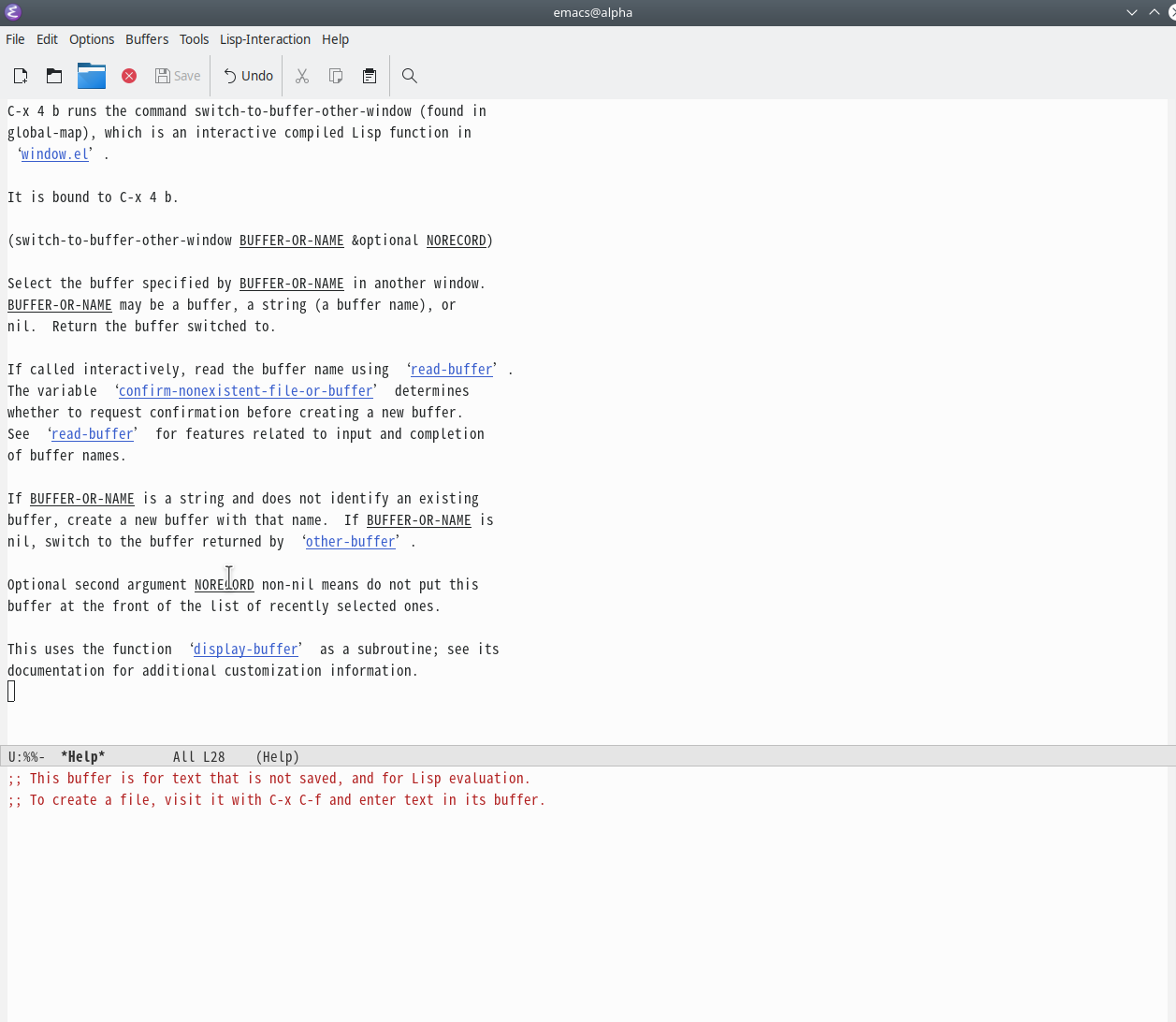 I reference it's source code

It apply the procedure of pop-up-window.

How could use "C-x 4 b" pop up the other window which display horizontally instead of vertically?

Try setting the value of split-width-threshold as it works for me when I have wide frames: switching to a buffer in another window splits to the right.

Not the answer you're looking for? Browse other questions tagged buffers window-splitting or ask your own question.

2
Always pop window into frames
4
Split window buffers
1
Which hooks guarantee proper (re)displaying of windows after windows configuration is changed?
5
Force new window to open to the left or right
1
emacs 25: display-buffer-other-window behavior change, how to tune for the old way?
4
How to display *help* buffers below one specific window?
0
move focus between sub-windows (or buffers?) with ctrl-tab?
0
Why set-window-dedicated-p doesn't work with certain buffers?