emacs-daemon opened buffers get affected by other buffers

I am using emacs-daemon. Lets say many files have already opened using emacsclient.

=> When I open a minibuffer on one emacs frame, all the opened emacsclient buffers get frozen and I cannot type any character into them.

I have single opened iTerm terminal and it is splitted into two panes. I am using specific keybinding to move in between each other. In both of emacsclient is opened that is connected into same emacs-daemon. Red-box shows the pane windows focus.

=> First I am typing bottom pane than press some keybinding to open the mini-buffer. 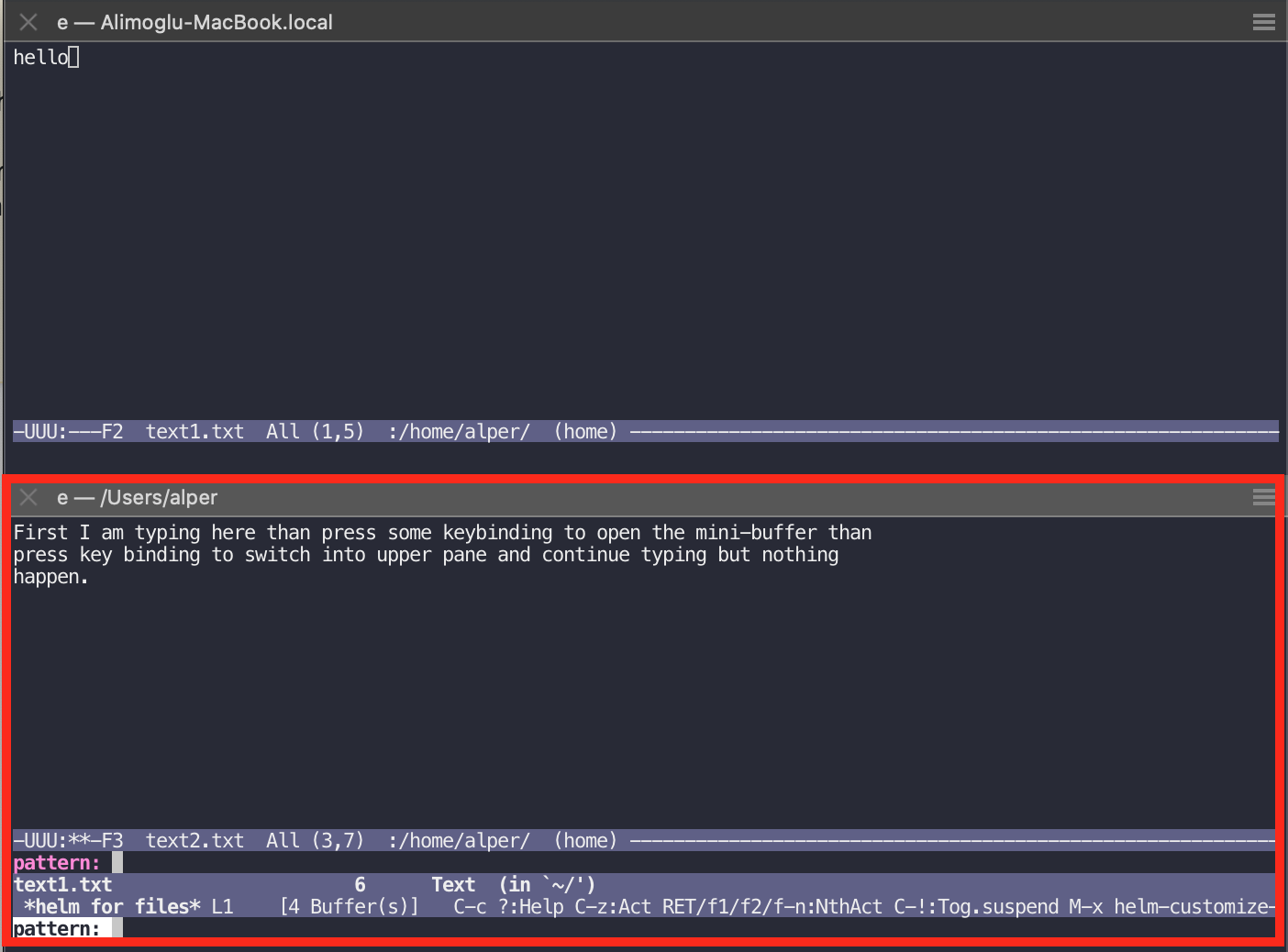 => Later by pressing iTerm's keybinding I move into the upper pane and start typing world or press some emac's keybindings. Please note that I always forget to close the mini-buffer on the bottom pane. Hence nothing is typed on the upper pane. 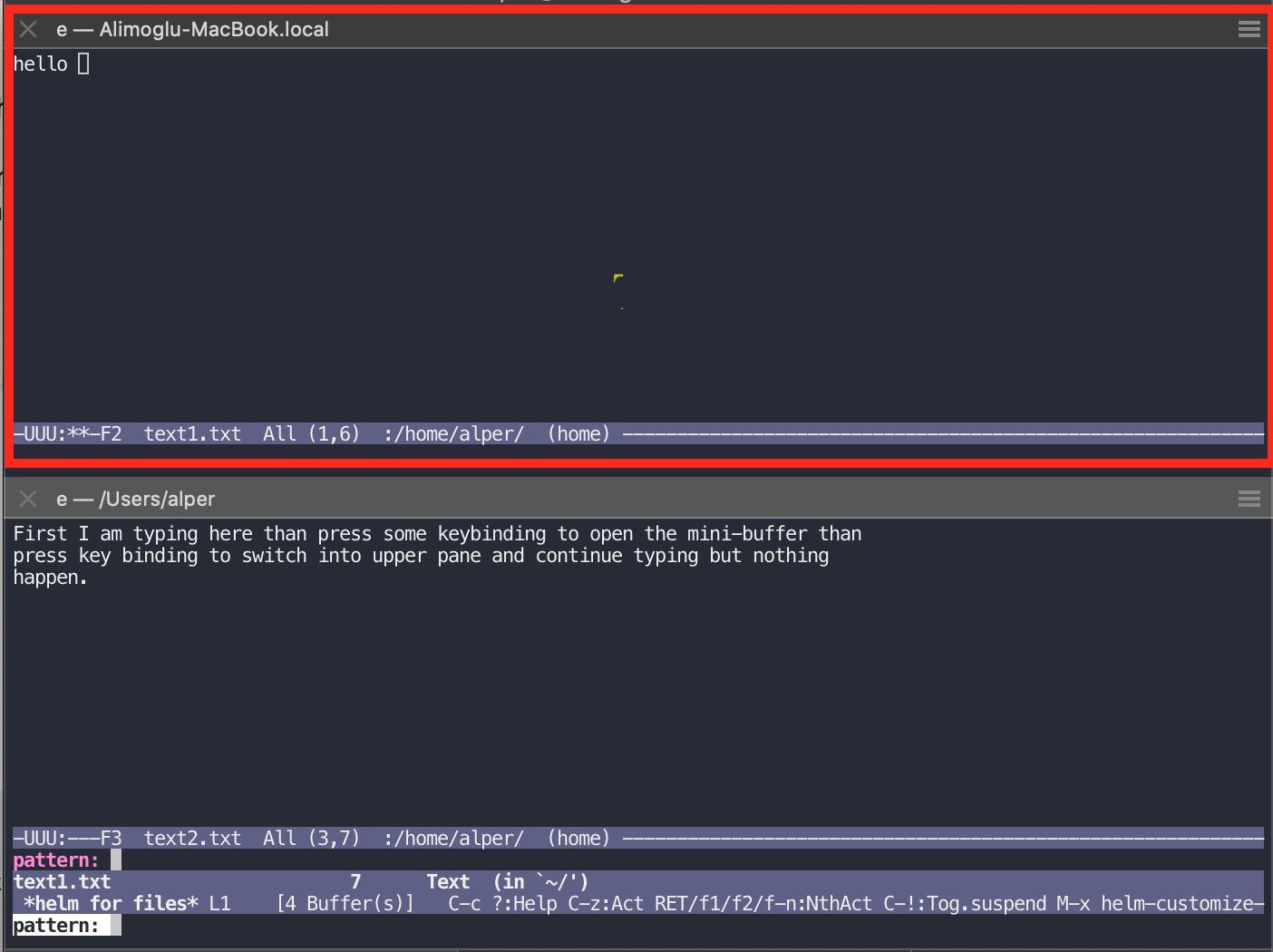 [Q] Is there any way to prevent this issue? For example, can mini-buffer close itself if I switch into different pane inside iTerm? or at-least prevent typing on different buffers when the mini-buffer is closed?

Browse other questions tagged emacs-daemon or ask your own question.

2
Opening frames from emacs-daemon
0
problems connecting to an emacs daemon on RHEL
0
How can I get `emacs --daemon` to load the Spacemacs configuration?
3
Restoring Emacs desktops with daemon + clients
0
Remote emacs daemon setup?
1
Emacs daemon preventing correct operation of saveplace