Cannot figure out why vc-git.elc is always loaded on startup

This is more a curiosity, than a necessity.

I'm playing around with startup times, and to have something to compare with, I wanted to see how fast emacs could start up pure.

With a blank config, I installed esup (Emacs Start Up Profiler), and the init.el file became:

To test it out, I launched emacs normally, and ran esup. 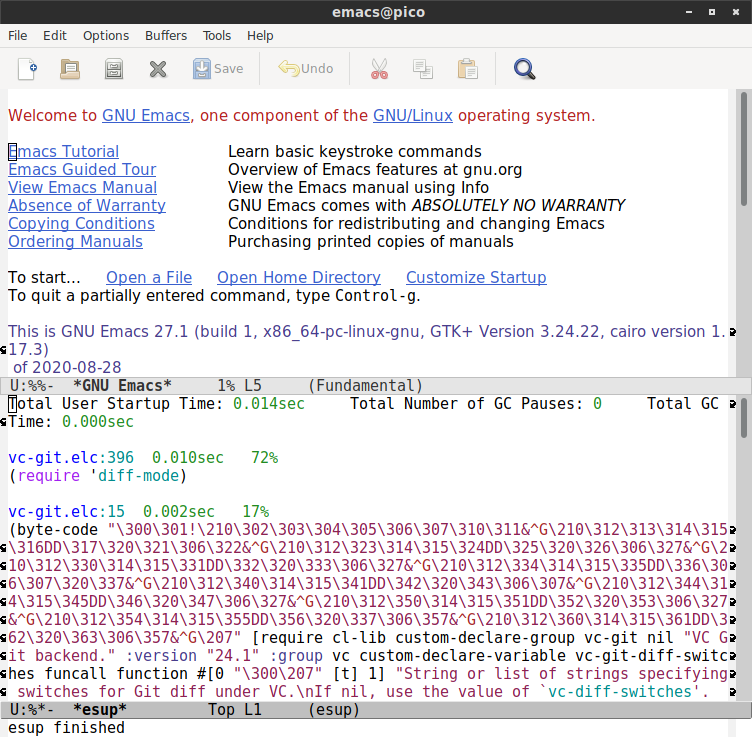 Huh, look that. vc-git is loaded.

Curious on how low the start up time can get, I try to disable it.

And so it begins.

Perhaps removing the vc entry it from load-path does the trick.

Still being loaded. Same if I move the line from early-init.el to init.el.

Seeing no other way to prevent it from loading, I try the nuclear option of moving the offending file /usr/share/emacs/27.1/lisp/vc/vc-git.elc temporarily.

Finally it does not load.

So it is possible.

Now I'm just wondering if it is possible without going nuclear.