Why is my Imenu not showing function and class definitions?

I feel like something is wrong with my Imenu setup, because here is what it shows on a simple Python script: 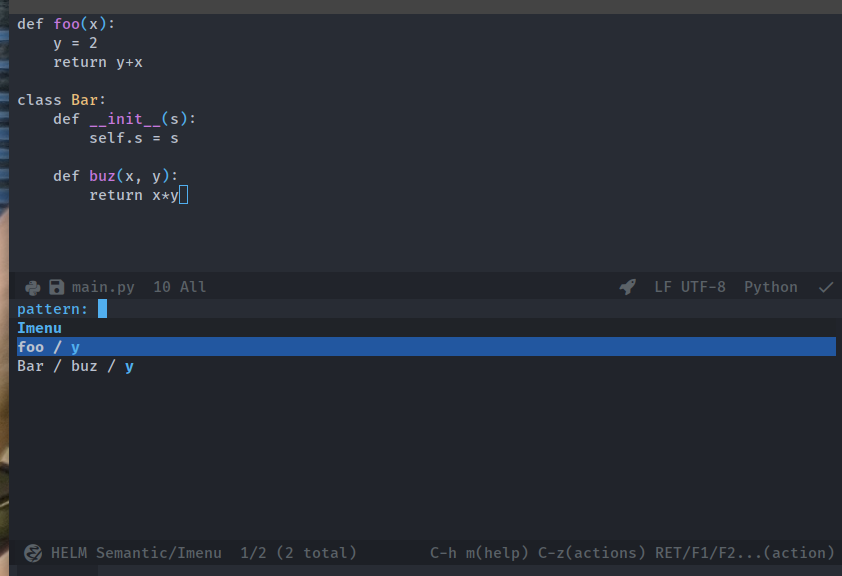 It seems to show some variable definitions, but doesn't have separate entries for the function definitions (the def ... lines), or the classes. What I want is an Imenu that shows just the function and class definitions, in the order in which they appear. So, I want to see something like:

Is that possible at all? Semantic is not an option because it does not parse functions that are typed using Python's type annotations (e.g. a function like def foo() -> None: ... does not appear in the list).

For any imenu problem, check the buffer's how-to-generate-imenu status (which is usually modified by major-mode, sometimes also some minor modes), mostly variable imenu-create-index-function and imenu-generic-expression:

This is lsp-mode issue, which was reported and closed as wont fix. I have a better idea of how to fix it, so you may open issue lsp-mode bug tracker.

Not the answer you're looking for? Browse other questions tagged python imenu or ask your own question.