(load-theme) at the bottom of .emacs, or manually renders a different screen

Adding this line at the very end of the .emacs file, that loads a default theme coming with the Emacs package, 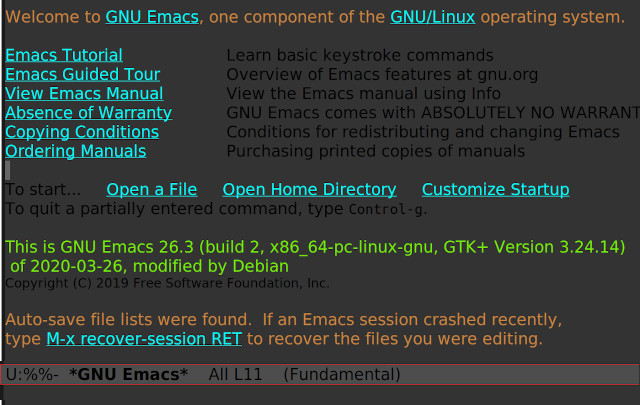 Note the black-on-dark text, the barely visible mini-buffer, and other syntax highlighted languages (C++, Perl...) have all a lot of dark-on-dark text.

Now, if, instead, I do the command manually, right after .emacs was executed (ie first command),

the highlighting is normal, 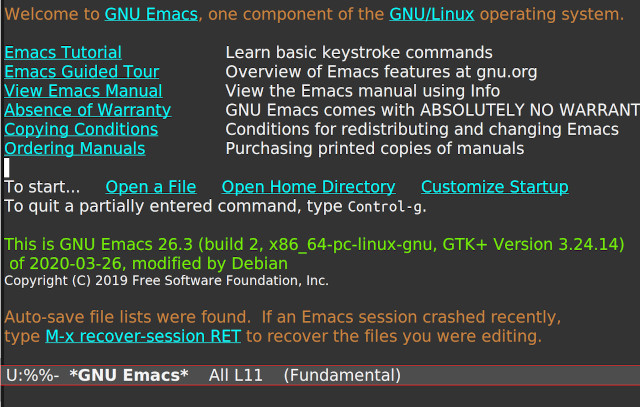 Why is it that running as the last lisp instruction in .emacs the rendering is wrong, while loading the theme manually just after works?

And how can I fix that?

(I realized that the command might do more than just the (load-theme) lisp instruction... this question is also to fix the problem in a clean way)

Do you use Emacs in the client/server configuration? My guess is that for some reason Emacs is redefining faces after loading the theme. I can't find any reference but I think Emacs finishes setting up some of the faces when it makes the frame, at least for client frames, which is after it has loaded the init file (but, of course, before you can call load-theme interactively). The way I had found to delay face settings until everything was well defined was to call a function that applies the settings from after-make-frame-functions:

This function is normally called through Customize when setting ‘custom-enabled-themes’. If used directly in your init file, it should be called with a non-nil NO-CONFIRM argument, or after ‘custom-safe-themes’ has been loaded.

I can't reproduce your issue on Emacs 27, so I'm guessing...

Ok, it seems by delaying the execution (200ms), I can get it to work correctly.

Adding this to the bottom of ~/.emacs

Not the answer you're looking for? Browse other questions tagged init-file themes commands rendering or ask your own question.

3
Visual selection highlighting invisible (with Evil and color-theme)
5
how do i install "solarized-theme"?
4
Shifting Emacs Theme from one Computer to Another
1
running emacs as a daemon does not load custom-set-faces?
1
Changing Terminal Emacs Theme