How to get variable type definition in lsp for using in Lisp code?

I want a helper command for refactoring code in Go language. I have not found ready for use function for this task in go-mode and lsp. It should declare variable from the word under the point and place it as a type definition for example in the previous row. In Go syntax it looks like: var name type where name is a variable name and type is a variable type.

I have got the code:

It looks for current word and inserts it on previous line.

The problem is how to get the type of my variable? I tried to find appropriate lsp functions but not found any that returns the type in plain text. Also lsp-ui shows the hint with variable type in echo area: 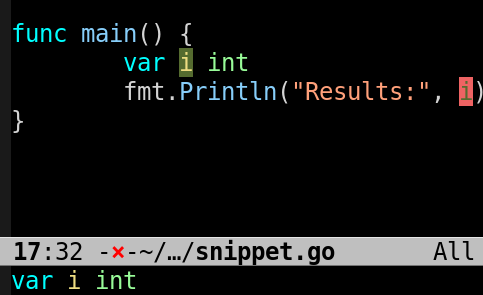 But I can't understand how to catch it.

Browse other questions tagged lsp-mode golang lsp or ask your own question.

0
How to correctly configure Flow backend for LSP mode?
1
How to stop lsp-mode including headers automatically for C/C++ code?
1
How to hide “code actions” from lsp-ui sidebar?
1
How can I associate a schema with a json file using lsp-mode/lsp-json