Cannot load some modes via elpa 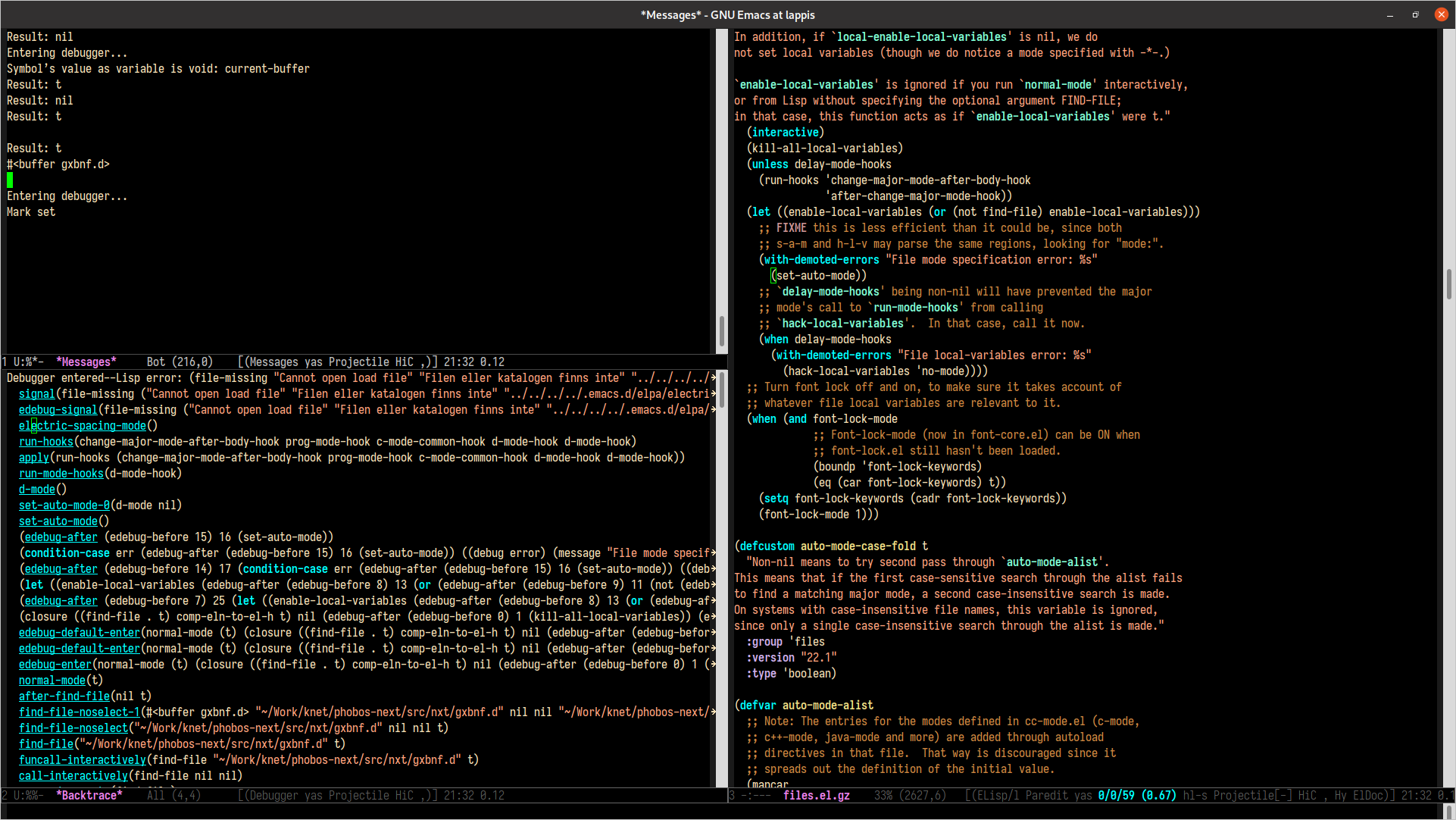 Some of my major modes, installed via ELPA, error during load as, for instance for markdown-mode,

. I've tried understanding why the load-path is relative and doesn't work. But without any clues. Need help.

After having set debug-on-message I've found some more clues.

The error is trigger by the expression

in the function normal-mode when I open a D (.d) file.

Prior to the call to with-demoted-errors the load-path looks ok and does not contain any relative paths. I'm attaching a screen from the EDebug session.

Several other elpa packages such as magit are affected. I don't see any common property of those failing packages.

The let of the variable enable-local-variables sounds suspicious...

Browse other questions tagged package package-repositories or ask your own question.