I'm trying to bind projectile-find-file to a keyboard shorcut and running in to this error. 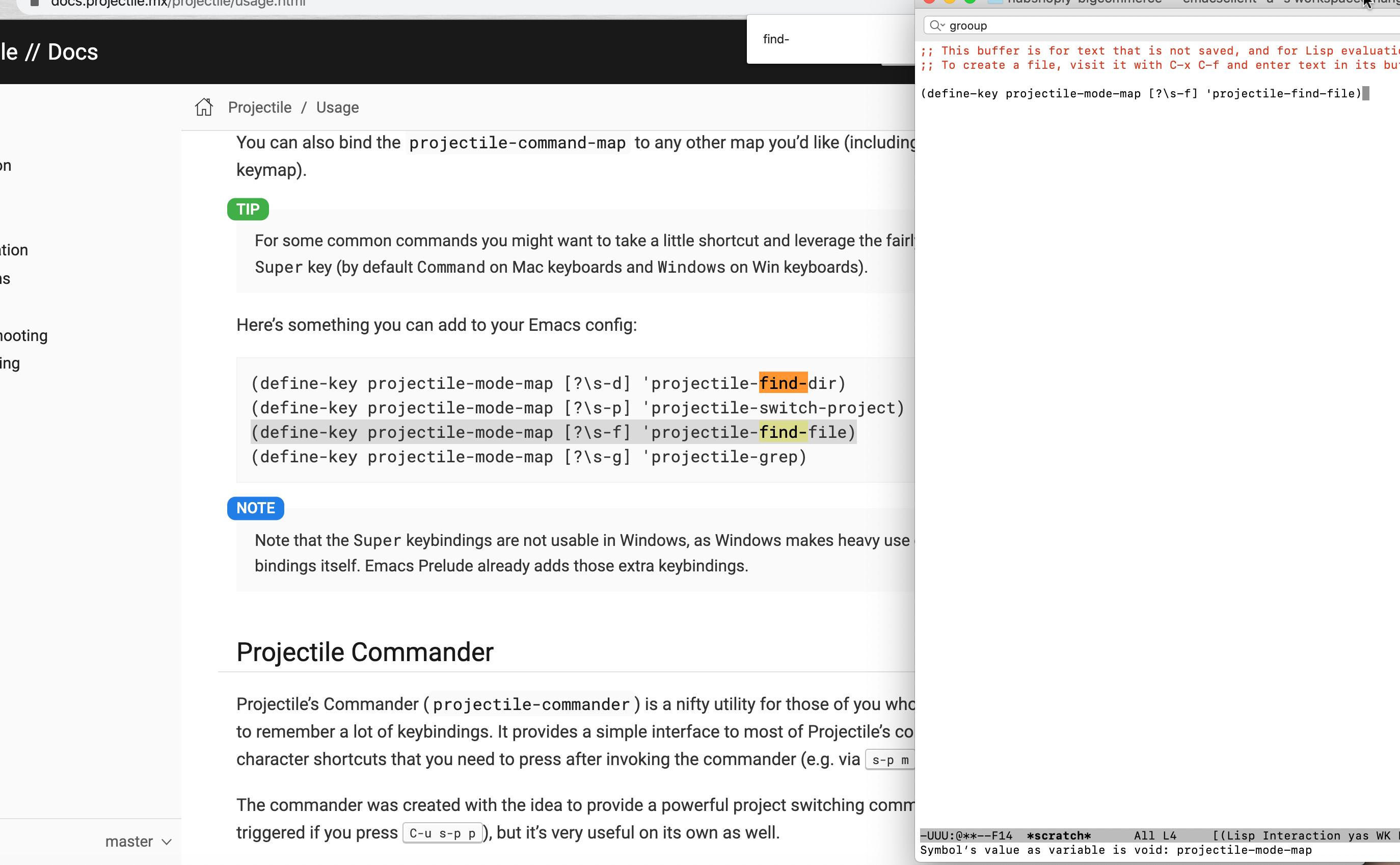 Projectile might not be loaded. (require 'projectile) should work fine.

Some projectile functions, listed by M-x, are just prepared to be autoloaded.

The answer above is not wrong. But in your init.el, writing (require 'projectile) is not recommended, because projectile can be loaded on your first time to use one of the projectile functions prepared to be autoloaded. Writing require in init.el lead longer startup time of Emacs. So replace the BODY... with provided define-keys on below code:

On the other hand, if you just want to try the key binds only on the current sesstion, requiring projectile and evaluating them are easy, i think.

Not the answer you're looking for? Browse other questions tagged projectile or ask your own question.