How can I test and use a Perl regular expression interactively?

Say I have a buffer with text. I would like to test a regular expression (ideally Perl type) against my buffer and have Emacs highlight the matches on it.

For example, the following regexp (taken from Wikipedia):

would match as follows on the following text: 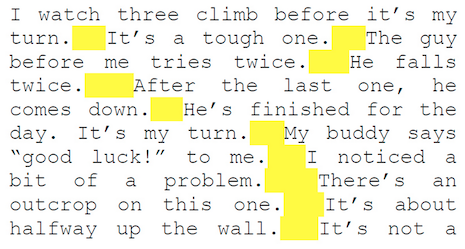 This regular expression in particular matches at least two spaces occurring after period (.) and before an upper case letter.

If the answer to the latter is no:

There are two nice packages for working with perl kind of regexes effectively, which should be used together - visual-regexp and it's extension - visual-regexp-steroids. They are great addition to emacs:

Not the answer you're looking for? Browse other questions tagged regular-expressions commands or ask your own question.