Does Emacs have some kind of interactive regular expression editor?

I mean something like https://rubular.com/ where I can enter text and experiment with regular expressions to match that text.

The documentation for re-builder is a bit sparse. You can see the basics via C-h f re-builder:

This command makes the current buffer the "target" buffer of the regexp builder. It displays a buffer named "RE-Builder" in another window, initially containing an empty regexp.

As you edit the regexp in the "RE-Builder" buffer, the matching parts of the target buffer will be highlighted.

To use it, you open a file with the text you want to test your regexps with. Then you call M-x re-builder. A new window will be created at the bottom of the screen, with the empty regexp "" in it. As you add text to the regexp, matches in the target buffer are highlighted, and match groups are given different colours: 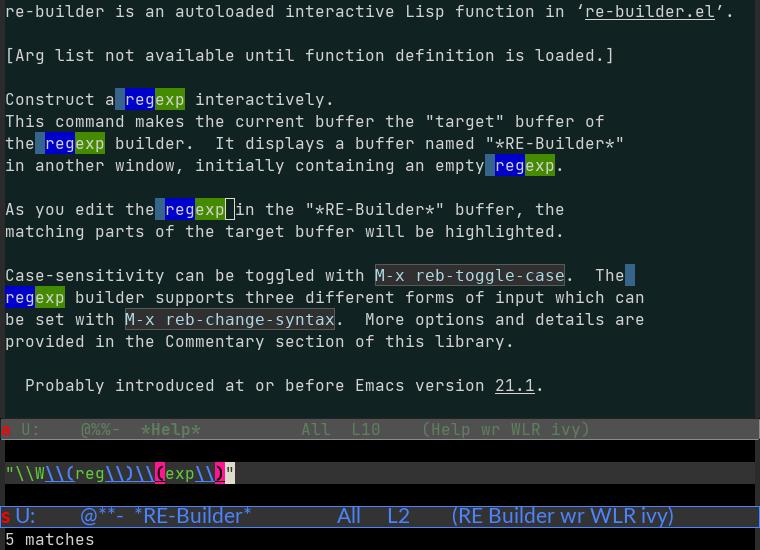 Not the answer you're looking for? Browse other questions tagged regular-expressions or ask your own question.