I want to modify the region's foreground regardless of syntax highlighting.

But this is what I get (see sample): 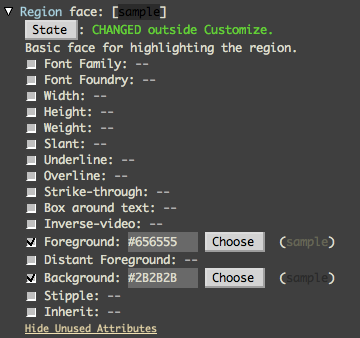 All 16777215 Hex colours should work on a properly configured build.

The command M-x list-colors-display is to help when selecting colours on a < 24bit display. (and to list named colours.)

The problem appears to be that the colour space that your EmacsForOSX Emacs.app bundle was built with is broken.

On OSX I would recommend building with Homebrew and --srgb, ie.

Better yet use the Mac specific patch from Yamamoto Mitsuharu at Chiba University.

Xin Xu (@railwaycat) hosts a homebrew tap on github, so it's easier to install than applying the patch manually / and compiling. Just do this:

The standard way that Homebrew installs .app bundles is to symlink them. (using brew linkapps)

This is done because the Homebrew team (currently) wish to avoid touching the filesystem outside of /usr/local as much as possible.

Unfortunately this is problematic for users who rely on Spotlight to launch apps. I'd hazard a guess that Emacs users would prefer this method as it's more keyboard centric.

It is possible to use an OSX "alias" instead of a symlink, these are indexed by Spotlight, although the ranking in results places "aliases" very low. Yosemite's new Spotlight interface seems also to not show them under some conditions I haven't fully determined (I don't use Yosemite on any day-to-day machines, and it's being removed until at least Q4 2015 from some other machines I use, so I can't commit to testing this exhaustively.)

That said, there is no reason at all that the .app bundles should be located outside of /Applications/ or ~/Applications/ so I strongly recommend simply moving the Emacs.app bundle there, just as you would if you were installing it from a .dmg.

Note that the Homebrew build will place other resources in the /usr/local/Cellar/emacs (or emacs-mac) folder. This will not cause problems however.

See it working in these screenshots... 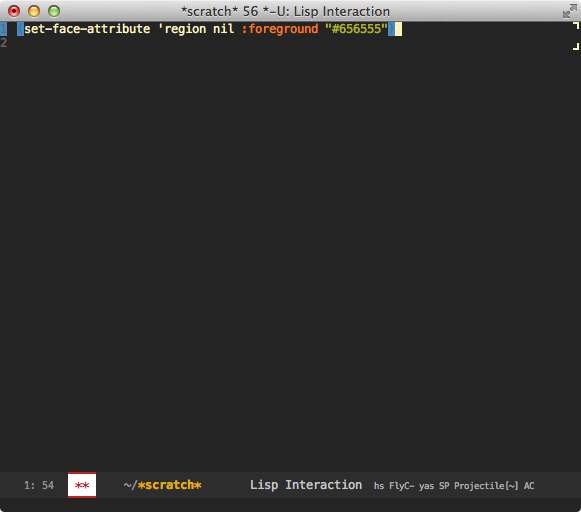 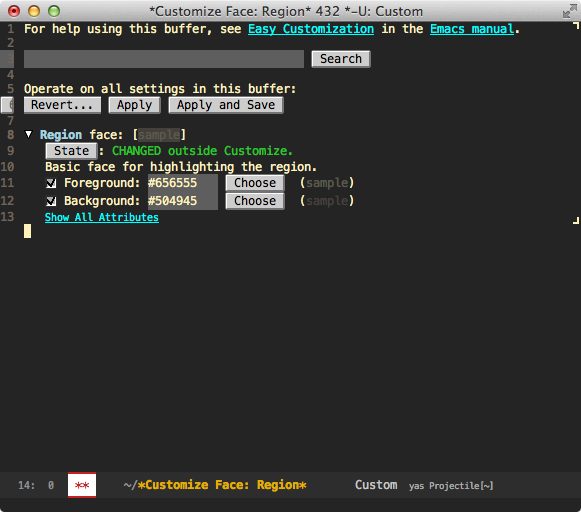 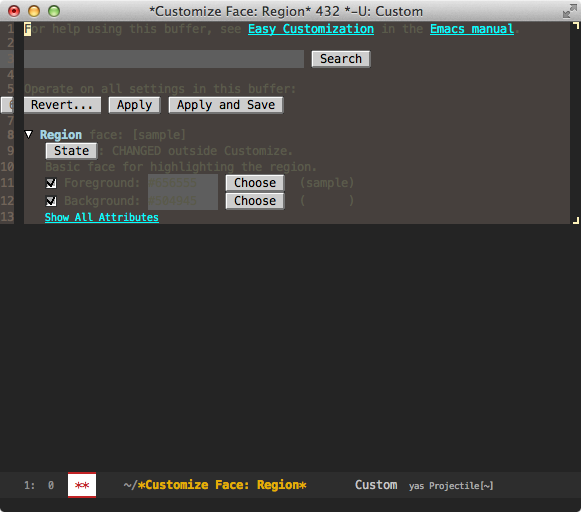 Not the answer you're looking for? Browse other questions tagged themes faces or ask your own question.