Getting number of occurrences, during incremental search (C-s / isearch-forward)

Inspired by modern browsers, I'd love to be able to see how many occurrences there are of some string, when I search for it – like the "10 of 37" at the top-right corner of the screenshot below. 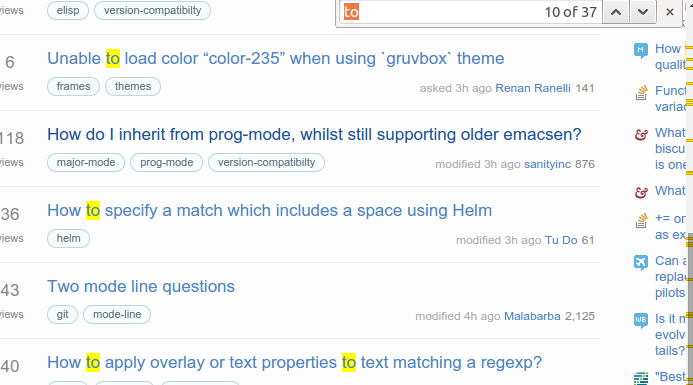 Is there a way of getting this in Emacs? Presumably, so as to not be slow, it should run only after some idle time.

The anzu package does that.

anzu.el provides a minor mode which displays current match and total matches information in the mode-line in various search modes.

Here are some possibilities that aren't very slick, that have the advantage of working with a stock Emacs.

If you press M-s o (isearch-occur) during an incremental search, an Occur buffer pops up with the current search expression. At the top of the *Occur* buffer is the number of matching lines.

The command how-many displays the number of occurrences of a regexp (including repeated occurrences). Unfortunately it isn't integrated with incremental search. Here's a proof-of-concept isearch integration: press M-s # during isearch to show the number of matches.

To compare with anzu, the count is shows in the minibuffer prompt, rather than the modeline.

See the manual for details.

Swiper is an alternative to isearch that uses ivy to show an overview of all matches. 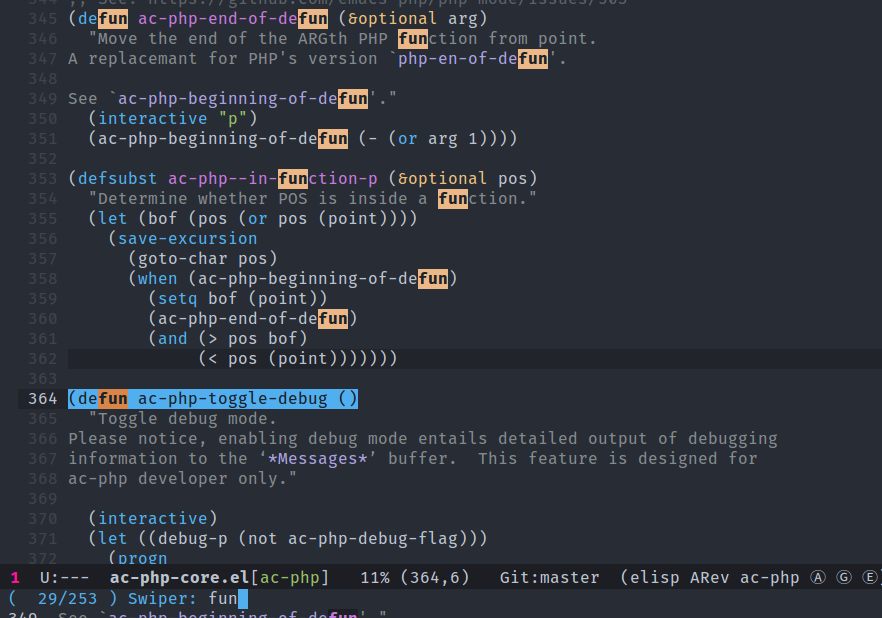 One possibility that requires no package at all is M-x count-matches (or, similarly, and also very expressive, M-x how-many).

It works with both strings and regular expressions!

Not the answer you're looking for? Browse other questions tagged search or ask your own question.

4
Search for text and navigate between the occurrences
4
Terminating ibuffer incremental search
25
Match two spaces with incremental search
8
Highlighting text in open (displayed) buffers/windows -- searching for text from one buffer in another
7
`query-replace` leaves potential match to be replaced at bottom of window
4
How to get back to minibuffer during an interactive search?
5
Hyperlinked code navigation
8
Difference between `evil-search-forward` and `evil-ex-search-forward`
5
Incremental Search after opening file
2
Mark input in swiper-thing-at-point