The mode line is a useful summary information about the buffer shown in the window, including its name and current modes. It is located at the bottom of every Emacs Window aside from MiniBuffer windows.

Here is a screenshot that shows a windows with it's mode line (the gray bar at the bottom): 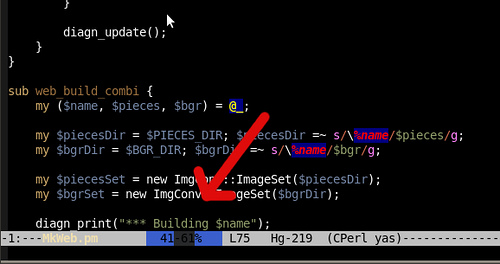 How do I get a fancier mode line that uses solid colors and triangles?

How do I get a fancier mode line that uses solid colors and triangles?

What piece of code in Emacs makes `line-number-mode` print "??" as line number in buffers with long lines?

How to count characters in buffer including spaces?

Moving the mode line and minibuffer to the top